Are Nurses Ready to Take On the Baby Boom Population? 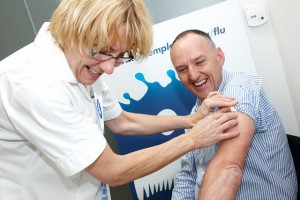 There are many concerns facing the healthcare industry today, but one of the greatest ones is whether there will be enough nurses to care for our aging baby boomers. Many in the healthcare industry have been discussing this important issue for quite some time. In the midst of America's healthcare reform, we not only need to be thinking about how we will care for our seniors, but who will care for them. The facts present a grim picture about the future of healthcare in the U.S. for its aging population. This does not mean, however, that this cannot be changed!

Let's look at what the facts say first to get everyone up to speed on why this is becoming such a hot-button healthcare issue:

Those of us in healthcare can only wonder how we will ever be able to take care of all of our senior citizens, especially after looking at the projected numbers from the AHA. The AHA isn't the only one sending out baby boomer number alerts, however. The 2010 U.S. Census revealed that there are 40.3 million people age 65 or older living in the U.S. and it is believed by 2050 that number will hit as high as 88 million.

If you're a nurse, you already know that, however, don't you. We all know there is a nursing shortage, and our hours and stress levels have increased because of it. The areas of healthcare hit particularly hard by nursing shortages are, naturally, home healthcare. Whether a nursing home or in-home healthcare, the elderly are facing severe shortages of nurses per patients for those who truly need it. Part of the problem is the overall nursing per patient shortage; the other part of the problem is an increase in hospital to healthcare center discharges. Our hospitals are reducing the amount of time they spend on patient care and releasing additional patients into extended care facilities instead, and these facilities need to be adequately staffed.

So, what can we do? We cannot allow our patients to suffer from a nursing shortage, and we have to prepare for the increase in baby boomer patients who are now of, or close to, retirement age. There are a couple of schools of thought as to how we can get ready to take on the baby boomer patient care population, and the first school of thought is, of course, recruiting new nurses into our precious field.

One way to do this is to, again, just look at some simple facts. Since the latter part of the last decade, America's job market has been suffering and Americans are out of work. Because the healthcare industry is only going to expand as new patients require care, available nursing jobs must also increase. The healthcare is one industry that is not suffering from a job recession right now, and new nursing recruits have many opportunities to find work once they graduate from nursing school. So, let's get good people into nursing school!

Another preparatory tool I discussed a couple of blog posts ago is taking staffing responsibilities from those who aren't qualified to determine nurse staffing needs and placing it in the hands of those who are: Registered Nurses. The Registered Nurse Staffing Act of 2013 is legislation designed to turn nurse-staffing responsibilities over to RNs who know exactly how many nurses they need and the types of nurses they need. When facing any staff shortage, smart staffing is the only solution. As we enter into increased baby boomer care, we need to staff the valuable nursing resources we have to the absolute best of our ability.

Finally, America's healthcare reform has been in the news again and resulted in a federal government shut down. This is something our politicians should never be allowed to play with. Americans, especially nurses, need to get politically involved and fight for assurances that adequate nurse staffing will be a primary part of any healthcare reform in the United States. We won't be ready to take on our baby boomers' healthcare if we don't have the nurses or the tools to do so. Let's band together - because we are the experts in what we need - and ensure America's healthcare reform adequately addresses the very concerning issue.

Please see the following links for further information on this important healthcare topic:

Nurses are some of the hardest working people on the pl . . .
RELATED

Nurses are some of the hardest working people on the pl . . .
Tweet
Older Posts Newer Posts