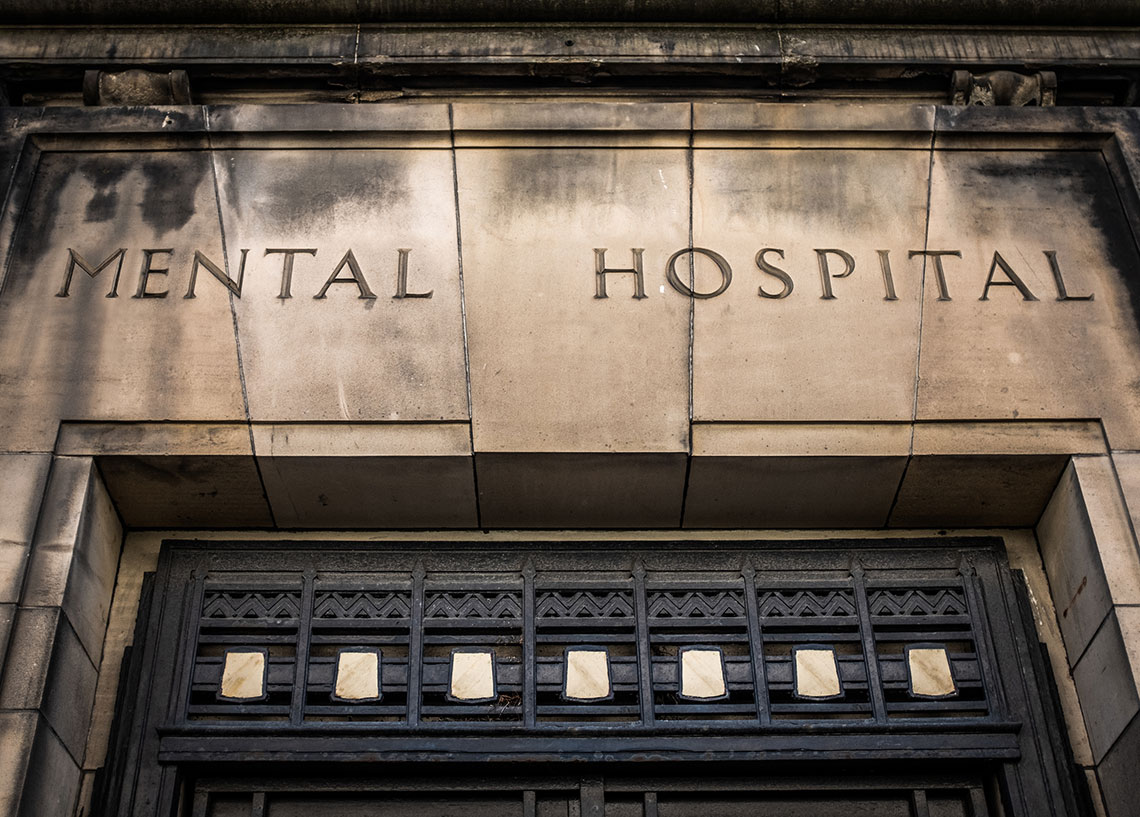 As mental institutions and sanatoriums began to crumble away, patients living with mental illness that relied on the system for decades were forced out into the world with only two options: sink or swim.

Over the last few decades, the disappearance of long-term care facilities and psychiatric beds has escalated. This trend toward the deinstitutionalization of psychiatric patients began in the early 20th century and is the process of replacing long-stay psychiatric hospitals with less isolated community mental health services. As facilities closed one by one, patients were emptied out and left to their own devices.

What Sparked this Trend of Deinstitutionalization?

Although this trend began in the early 20th century, it largely came into focus during the period of the civil rights movement. According to the American Medical Association Journal of Ethics, many believe that the movement derived based off these three elements:

The process of deinstitutionalization was broken down into two methods. First, it would focus on reducing the amount of patients inside mental institutions by releasing them, shortening stays, and reducing both admissions and readmission rates. And second, it would focus on reforming the psychiatric care to help patients feel more independent and adjust better to life outside hospital care.

According to the National Institute of Mental Health, roughly one in five adults in the United States live with mental illness, which amounts to nearly 46.6 million people. Although mental illness can take on varying conditions and degrees of severity, research has found that an estimated 11.2 million adults suffer from Severe Mental Illness (SMI), which means it substantially interferes with daily life activities.

After the deinstitutionalization process took effect, these changes made it harder for people living with SMI to find appropriate care and shelter, resulting in many becoming homeless or ending up committing crimes and ultimately facing incarceration. 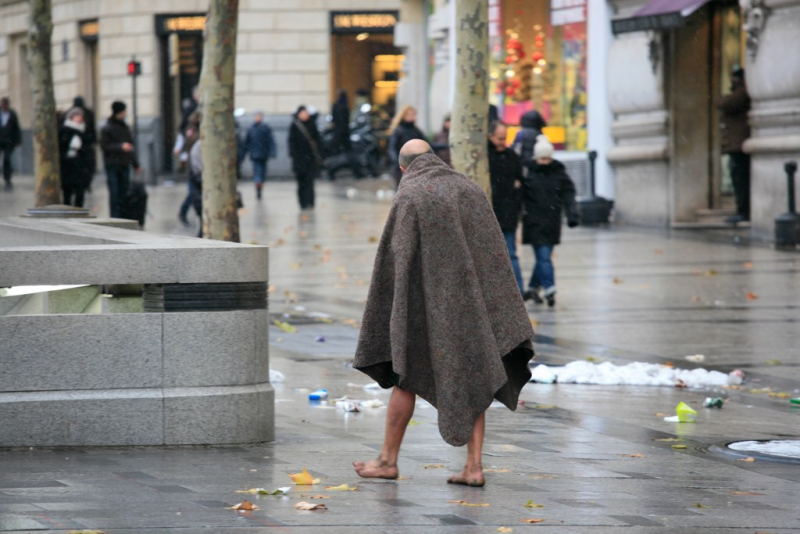 Prior to the 1950’s, it wasn’t uncommon for state hospitals to provide patients with work. Many state hospitals provided therapy, medication, medical treatment, work and vocational training. Often times, hospitals fulfilled their own needs by having patients help with maintenance or discovering a trade by working on a farm.

As patients began getting discharged out into the community, a serious downfall to the mental health system was when patients began “falling through the cracks” and became homeless or re-hospitalized, which has made the emergency room (ER) at many hospitals a problem.

Researchers from the National Hospital Ambulatory Medical Care Survey tracked and analyzed mental health visits to the ER between 2001 and 2011, and found that compared with physically ill patients, people living with mental health issues rely more on the emergency department for treatment and are often admitted to the hospital through the ER.

A severe shortage of inpatient beds for psychiatric patients plays a pivotal role in the emergency room situation. Researchers also found that the amount of ER patients with mental illnesses were found more likely to be uninsured versus patients with physical conditions, which leads us into our next discussion about supplemental income to aid patients living with mental illness.

One of the incentives offered to patients leaving these mental health facilities was that the government would provide them with a type of welfare program, aiding in their recovery and helping them financially with daily situations.

Federal laws were passed that provided income subsidies through what was called the Aid to the Disable Program, which later became known as Supplemental Security Income. These programs, along with food stamps and other housing subsidies, helped make it possible for patients with mental disabilities to get through daily life struggles such as bills and paying for groceries.

When Medicaid was first introduced, it shifted funding for people with mental disabilities in state hospitals from the states’ responsibility to a shared partnership with the federal government. This in return, created an incentive for states to close the facilities and nursing homes partially paid for by Medicaid and the federal government.

In 1981, the federal government passed the Omnibus Budget Reconciliation Act, which ended direct federal funding for community-based nursing facilities that primarily treated patients with mental health problems. The law also enacted a screen process that was required of patients entering nursing homes in order to make sure they had legitimate medical conditions. However, many have been left to fall through the cracks and instead, end up without a home or money and end up committing a crime. 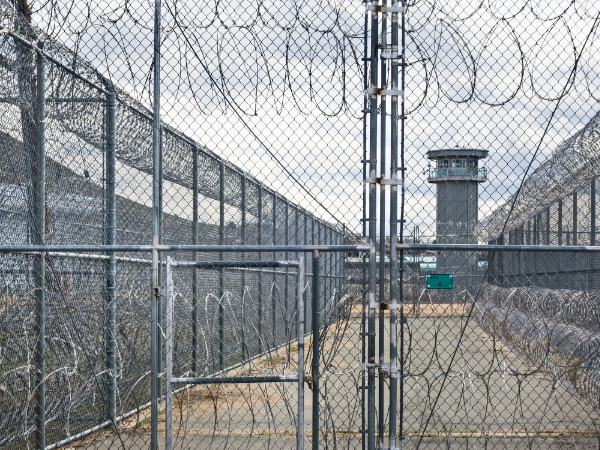 According to Mental Health America, a community-based nonprofit organization, 1.2 million individuals living with mental illness are in jail and prison each year.

Many believe that the current decentralized mental health system has benefited middle-class individuals with a less severe conditions, leaving the majority of individuals living with severe mental illness with inadequate services and a more difficult time integrating into a community.

Typically, these people that end up in jail often begin with a low-level offense, such as jaywalking, disorderly conduct, or trespassing. It has also been proven that states with less access to mental health care have more adults who find themselves incarcerated.

Fortunately, there has been a rise in the use of programs such as mental health courts or drug courts across the country, which help individuals face their issues by pleading guilty to the crime and then getting the treatment they need in order to live healthier, more productive lives.

Looking Towards the Future

As we look to the future of how individuals living with mental disabilities receive treatment, it’s easy to get lost in the new technology that has opened the door for many. Researchers believe that mobile devices, such as cell phones, smartphones, etc., are giving the public and doctors alike a new way to access help, monitor progress, and increase the understanding of someone’s overall mental wellbeing.

However, not every person who has mental disabilities fall under the category of someone who would carry around a digital device. Other ways of being inclusive of varying degrees of mental illness and income levels would be to create more housing that has different levels of supervision and facilities with full-range of services.

Hospitals and nursing homes today look more like luxury hotels than ever before. Designed to give a resort-like atmosphere and feel, residents can enjoy a peaceful, non-stressful stay. What if we created an atmosphere like that, for individuals living with mental disabilities? With a little more hope in the future, we can create facilities that are safe, provide refuge, and provide meaningful activities to help improve someone living with a mental disability.