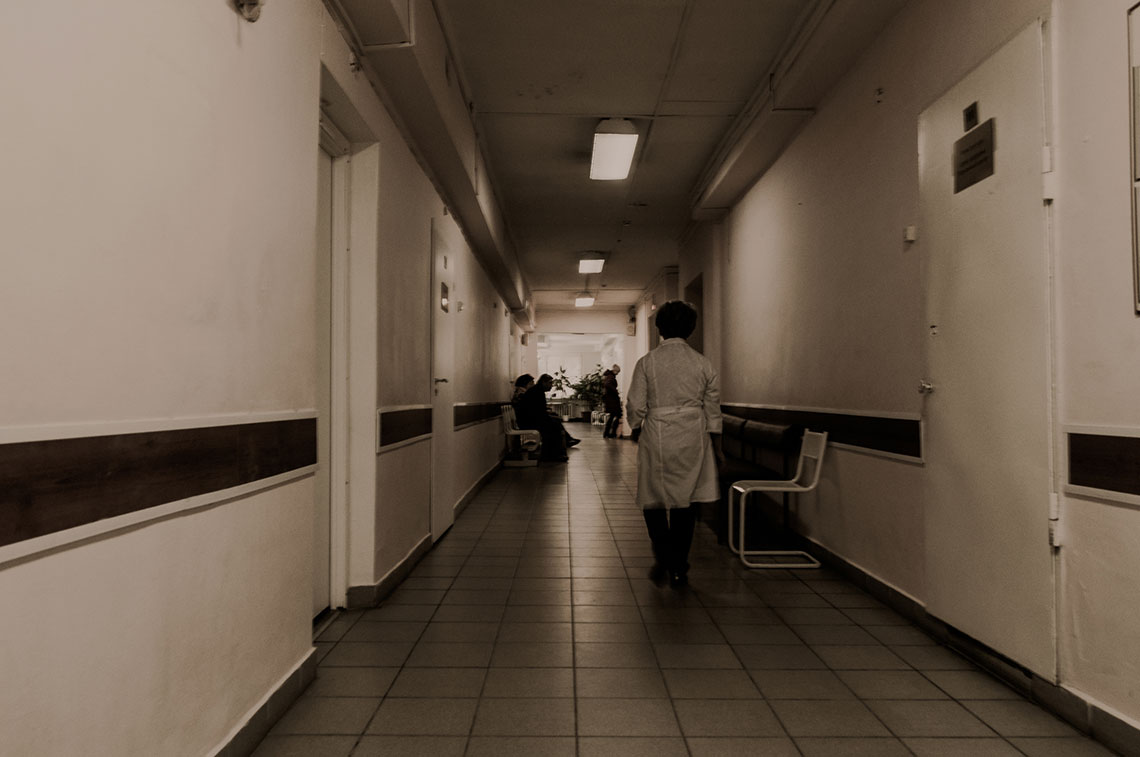 Of all the abandoned buildings in the world, there’s something about a deserted hospital that can leave us awake at night, wondering what went on behind those now empty walls.

It’s a nurse’s duty to care for patients and improve th . . .

Most abandoned hospitals we see today were mental or psychiatric institutions that were built in mass-production beginning the 1800s, with the intentions of becoming the beacon of a more humane approach to handling patients with mental disabilities. Before these facilities came to fruition, there was little to no regulation or standard of care for people with mental disabilities. However, despite the hospitals’ best efforts, they began to close one by one due to various reasons, such as reports of maltreatment among patients and/or lack of funds.

Under all the dirt, dust and grime that now cover these facilities, there once was a thriving place where hundreds of patients sought treatment and, for some, refuge among society. Here, we will uncover the story behind three hospitals that at one time served a purpose, but for one reason or another, have been abandoned and left to become consumed by nature.

First on our list is the Walter E. Fernald State School, which was originally founded by Samuel Gridley Howe and funded by the State Legislature in 1848, making it the first-ever publicly supported institution for people with mental disabilities in the Western Hemisphere. 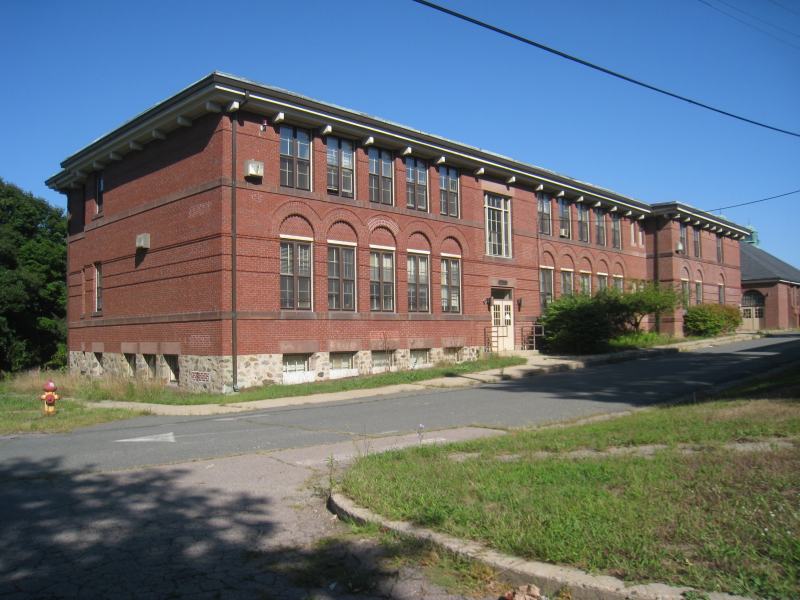 The institution was built as a popular American movement in the early 20th century called the Eugenics movement, which was an idea to separate people considered being genetically inferior from the rest of society in order to prevent them from reproducing. It’s believed that at its peak, the school held around 2,500 people, most of them children and all of them were labeled as feeble-minded, whether they were of normal intelligence or not.

Spread across 186 acres of land, the institution had multiple buildings. However, despite its size, many of the rooms were crammed together and living conditions began to deteriorate. Life at the institution grew far worse when a group of patients were encouraged to join a “Science Club”, where they were unknowingly fed low levels of radiation in their milk and cereal as part of a science experience. This so-called research was overseen by researchers from Harvard and MIT with funding from the Quaker Oats company. Fernald finally began to turn things around in the 1970s after a state lawsuit forced the facility to correct its horrific conditions. However, by then, its population of patients slowly began to decrease. In 1998, MIT and Quaker Oats settled in a class action lawsuit regarding the radiation tests and the reputation for the hospital was tarnished.

Although a few patients remained over the years, in 2014, the hospital was finally shuttered and has since remained an empty building, reminding those who pass it of its horrific history.

Next on our list is Northville Psychiatric Hospital, which was built in mid-1940s and accepted its first patient in 1952. The campus consisted of 20 buildings that spread over a large acre of wooded land, and it was praised to be one of the best facilities of its kind in the country when it opened. 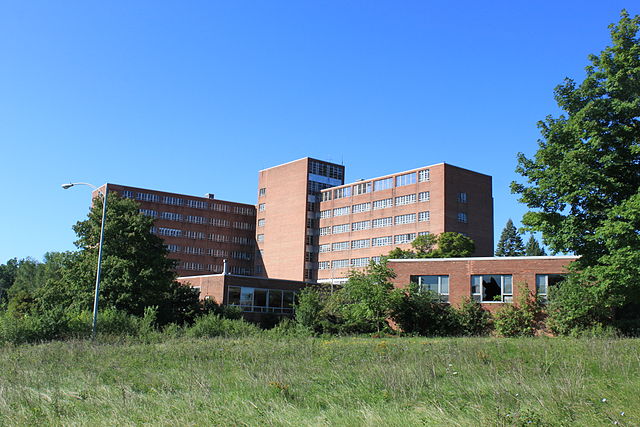 The patients that were seen at Northville ranged from varying degrees of psychological problems. It was well known for using art and music as part of patient treatment, which was considered cutting edge for its time. However, in the 1970s and 80s, things began to change as the state began to trim the mental health budget. Crowding became an issue at Northville, as the facility was regularly treating over 1,000 patients, but had only been design to carry around 650.

In 1983, the Detroit News sent a reporter into the facility, where they found declining health conditions of the patients throughout the hospital. The reporters found patients sleeping in the hallways of the wards or chain-smoking cigarettes in the bedrooms. There were reports of patients dying due to scuffles with hospital staff or with other patients.

Residents living in the neighborhoods around the hospital became used to seeing hospital escapees walking down the streets or hiding in their backyards. The hospital continued down a path of downsizing and closing, as the state began to move patients from the hospitals into more community-based support systems. In 1995, it changed its name to Northville Regional Psychiatric Hospital to reflect its increased role as nearby hospitals closed, and it soon became one of the last remaining state mental institutions in Michigan.

By 2002, the state announced that it was going to close Northville within the year. The hospital was simply too expensive to maintain for the few hundred patients that still inhabited it. The last patient ended up leaving in May of 2003.

The land the hospital sat on was sold away piece by piece. By 2012, the Northville Township announced an $82 million dollar plan to convert 349 acres into a large nature preserve and activity park. The forest and wetlands would be improved with hiking and biking trails, while the hospital buildings would be demolished. In the meantime, the hospital sat vacant for years, decaying and becoming an eye sore to everyone who passed it. Although there was a brief delay in the demolition process, in December of 2018, the last the buildings were taken down and destroyed.

The last leg of our abandoned hospital tour ends with Sunland Mental Hospital in Orlando, Florida, which was opened as part of a series of state-of-the-art tuberculosis hospitals that opened across the state between the 1950s and 60s. These buildings were designed in a specific manner to help treat patients with tuberculosis, and were named after W.T. Edwards, who was an important figure in the state’s healthcare industry at the time and donated large sums of money. 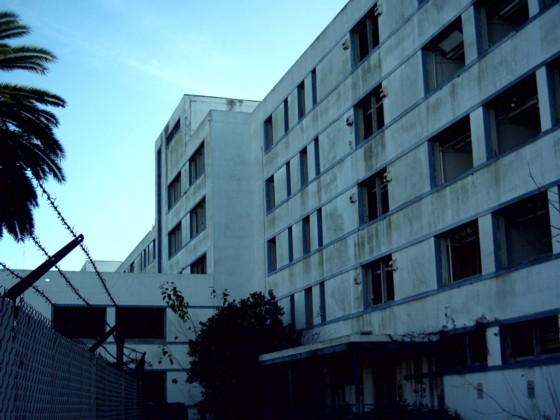 After the vaccine for TB was discovered, the tuberculosis hospitals began to close in 1960, and the facilities fell under the jurisdiction of the Florida Department of Health. They were reopened as Sunland Training Centers by the following year.

Specifically, the Orlando Sunland Division was a residential facility that cared for profoundly mentally and physically disabled adults and children. Over the span of ten years, the hospital began to spiral downward due to understaffing and lack of funds. In the 1970s, an investigation was conducted and found reports of abuse and neglect, which ranged from getting bitten by rodents and pests to physical assaults.

Although there were promises made for reform, the hospital fell short and never lived up to its potential. The Association of Retarded Citizens (ARC) filed a federal class action lawsuit in 1978 on behalf of the patients for gross neglect and abuse, which eventually forced the state of Florida to close all the Sunland facilities in 1983.

For several years, the building remained vacant, and in 1998, the state approved and carried out the demolition of the abandoned hospital. To this day, all that remains of the Sunland facility is the old administration building.

The abandonment of these facilities has left a skeletal reminder of a system that may have started with good intentions, but ended in disrepair and was left to be forgotten among society. Although we have a basic understanding of what took place behind the closing of these facilities, the stories of what actually happened and the pain these patients endured may remain a mystery that we never uncover.