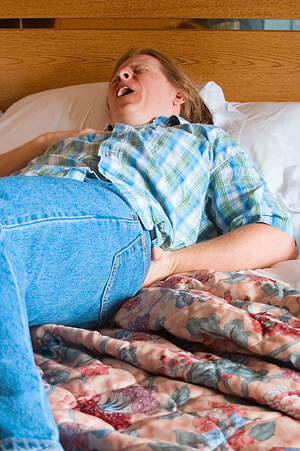 From debilitating injuries to crippling cancers, millions of Americans suffer from chronic pain.

In fact, chronic pain is the leading cause of disability in the United States, according to Medical News Today.

However, one recent study published in the medical journal Brain claims a group of scientists have discovered pain’s “off switch”

Daniela Salvemini, PH.D, a professor of pharmacological and physiological sciences at St. Louis University, led a group of fellow researchers from LSU, the National Institute of Health and a number of other academic institutions in experiments that successfully blocked the pain pathways in animal test subjects.

The most successful pain chronic pain relievers in recent history treat specific pathways dealing with the opioid, adrenergic and calcium channels, Science Daily.com reports. The interactions between these channels are what lead to physical pain, so most drugs on the market target these pathways.

The problem is current treatments used for chronic pain are well known for side effects that are either dangerous, or diminish the quality of the consumer’s life. Scientists struggled to target these pathways without causing equally problematic side effects, until now.

Salvemini and her team found that activating the A3 receptor in the brain and the spinal cord of rodents put an end to the chronic pain they were experiencing. The receptor was activated by either its naturally occurring chemical stimulator, the adenosine molecule, or by synthetic molecule drugs developed by the National Institute of Health.

The benefits of this neuropathic pain relief are plenty. Unlike many powerful pain medications that deal with nerve damage or discomfort from bone cancer, patients wouldn’t be at risk of altered pain thresholds, muscle pain and anxiety.

They also wouldn’t have to deal with analgesic tolerance, which leads to a patient needing higher dosages after their tolerance for certain medication/opiates increases, sometimes leading to drug abuse and addiction.

Salvemini believes activating the A3 receptor with adenosine will be the way of the future in relieving chronic pain for people. A3 activation is already being used in clinical trials as anti-inflammatory and anticancer agents. So far, no harmful side effects have been reported. To read the original study published in the Brain journal, visit http://brain.oxfordjournals.org/content/early/2014/11/19/brain.awu330

The Assessment and Management of Pain

The State of Oregon has multiple initiatives to assure . . .
RELATED

The Assessment and Management of Pain