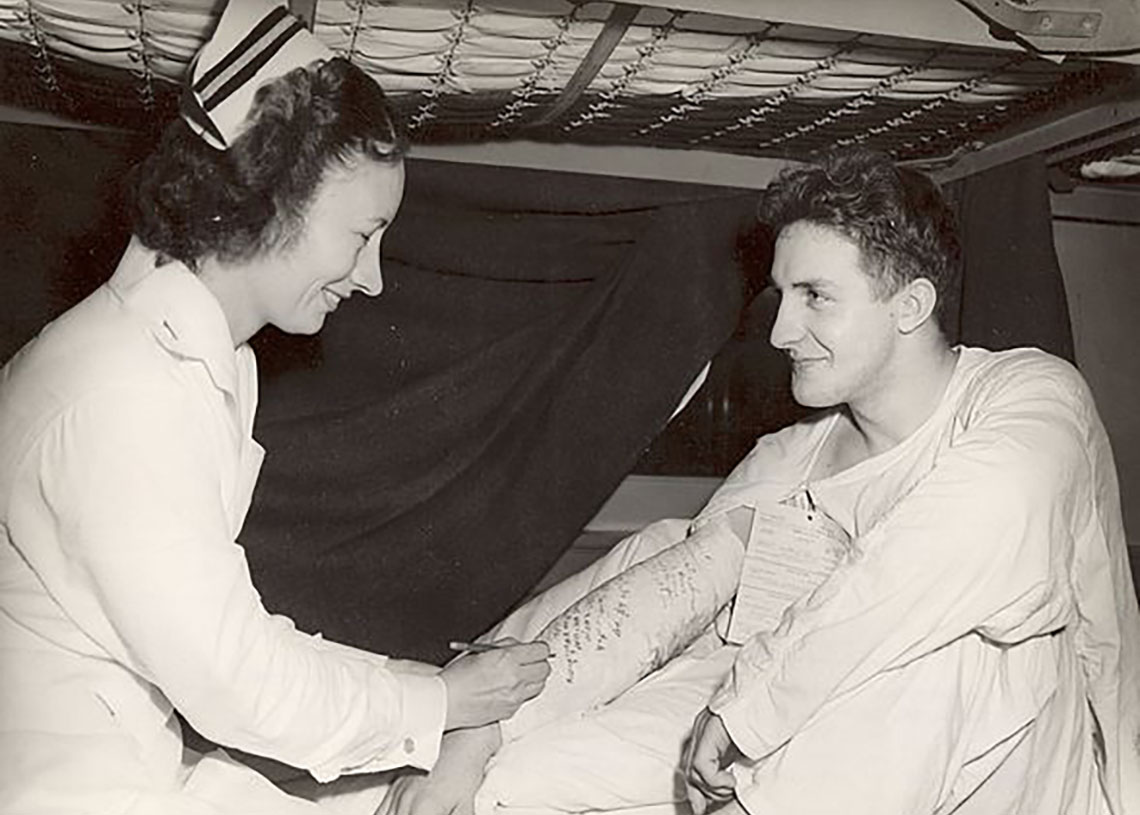 Photo by: US Navy

World War II changed the world in many different ways. One of these way involved the medical field, or specifically, nursing. Nursing is a key element of healthcare and during times of war it can be the difference between life and death for a wounded soldier.

During World War II, this important fact became more obvious than at any other time in the history of war. Not only did the number of female nurses increase significantly during the war, but the roles that nurses played became more critical. In 1941, the Army Nursing Corps had a severe shortage of nurses with fewer than seven thousand nurses, leading to the need for nurses to volunteer to serve. In order to join the Nursing Corps, a woman had to meet certain criteria. Naturally, she had to be a citizen of the United States and she had to be a registered nurse.

Women interesting in serving had to be between the ages of 21 and 40, meet the military health requirements, and have no children who were younger than 14 years old. Prior to 1943, nurses were not required to have any special military training, but this changed in July of 1943. From that point forward, WWII commissioned Army nurses were required to undergo additional training such as field sanitation, and depending on their area of nursing, psychiatry and anesthetics, and physical training to help build up their endurance. Training also taught the nurses new skills that were necessary for serving as a field nurse such as learning to set up field medical facilities.

Women during WWII worked closer to battle lines than they did in WWI or any war before. This allowed them to provide faster care to the wounded. The nurses often worked and served under harsh conditions. Their reality forced them to not only adjust to these conditions, but to also improvise and make emergency decisions on the spot. In some instances their proximity to war saw Army nurses using firearms for protection. In addition to working in field hospitals, some nurses underwent additional training to become flight nurses or evacuation nurses. The positive advancements of nurses were not shared by all women, however. African-American nurses battled for admittance to serve during the war. Ultimately, only five hundred African-American nurses were allowed to serve, and those who did were allowed to only care for African-American soldiers and German prisoners of war. 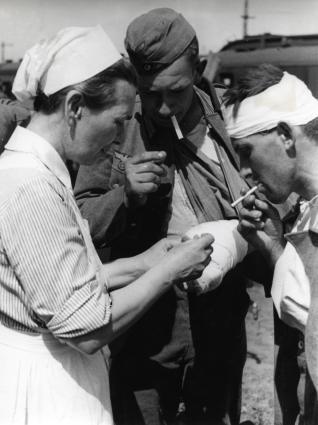 World War II brought nurses closer to battle than ever before. They were allowed to demonstrate their skills and competence during extreme, dangerous conditions. In addition, they were also able to serve in all of the arenas of war. Although being so close to battle also put nurses at risk of becoming prisoners of war, the risk was outweighed by the service that was provided and the lives saved.

Read the following links for more information about nurses during WWII.

Nursing: On this page readers will find a brief history of modern nursing.
American Nursing: An Introduction to the Past: Click this link to read about the overall history of nursing. The section entitled "Mid-twentieth Century Nursing" reviews nurses during WWII.
Black Nurses from World War II: Click on this link to learn about the struggles of black nurses during WWII. The article discusses the effort to serve as nurses and the restrictions that were met.
The Army Nurse Corps - World War I and World War II: Read and learn about nurses during World War I and WWII. Further down visitors to the page are given further information about the nurses who served during the Second World War.
Women in WWII: Click this link to learn how Pearl Harbor affected nurses entering the war.
Flight Nurses of World War II: A brief review of what flight nurses did.