Putting the Focus Back on Patient Care
MAY 19, 2016
Written by Julia Tortorice 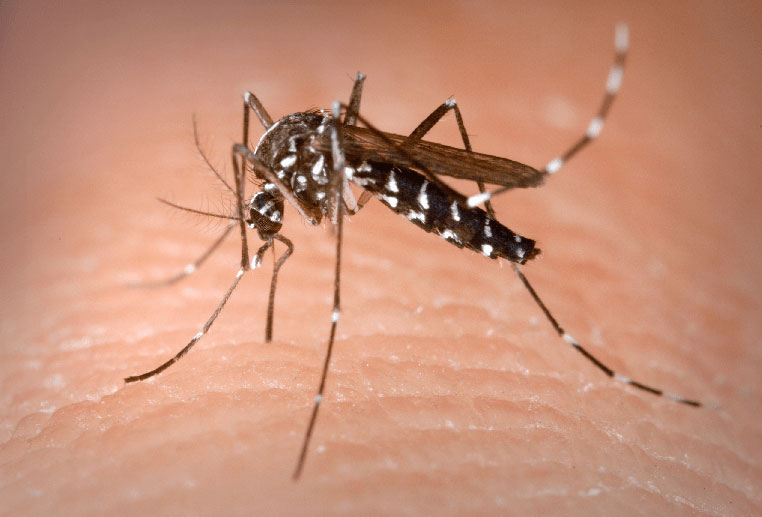 If you’ve been keeping an eye on the news, you’ve likely noticed that information about the Zika virus is rapidly changing, and that’s because --

1. The consequences of this mosquito borne illness are becoming more apparent with time

2. It’s more of a threat than scientists initially thought.

FDA Launches Tool for Doctors to Manage Antibiotic Use

The U.S. Food and Drug Administration created a website . . .

As health professionals, many have heard a lot of buzz . . .

In February, the World Health Organization (WHO) declared Zika a global health emergency. As of May, 49 countries reported new infections and the number of Zika cases are continuously rising, particularly in the Caribbean and Europe. In the United States, the Zika cases have swelled to more than 500 and counting---36 of these cases involve pregnant women.

With the warmer months upon us, WHO predicts that the rate of travel related cases and local infections will grow even faster.

It is estimated that there will be 4 million new infections by the end of 2016 worldwide.

Cases of Zika were reported as early as 1947 in Uganda, but it was considered a benign virus for decades until nations with no immunity to the condition (such as Brazil and other countries in South and Central Americas) encountered Zika in 2015.

While to most common symptoms for this virus are mild, such as rashes, fever, pink eye and joint pain, Zika has positively been linked to several serious health complications, including:

Microcephaly - A disease that can cause a pregnant woman’s fetus to suffer from brain development issues, neurological issues and an abnormally small head. It is also linked to premature births and eye problems for the infant.

Guillain-Barre Syndrome - A disease that causes the immune system to attack the nervous system, causing the patient to become weak and temporarily paralyzed. This can cause fatal complications.

Zika has left the medical/science community with many unanswered questions.

In general, the disease is associated with brain and autoimmune diseases, but it’s not clear why some people develop this issues, while others don’t.

It’s also unclear why some pregnant women with Zika will give birth to babies with microcephaly and others deliver perfectly healthy babies.

It is unclear whether there’s a certain point where conceiving a child is “safe” after having been infected with Zika without the risk of microcephaly. Some countries have suggested couples hold off on having children, but the CDC has not issued that kind of warning for Americans.

One thing is certain, pregnant women who have traveled to areas where Zika is highly concentrated are considered the most vulnerable and it is always recommended that people who believe they may be suffering from Zika symptoms get tested as soon as possible.

The testing process ran into serious delays in early 2016 as a growing number of pregnant women asked to be tested. Testing had to go through local and state health departments, and only government labs used “approved tests”, but these labs were becoming overwhelmed; the wait to get tested and to wait to receive test results became unreasonably long.

Another problem is that this that if the lab is using PCR testing, that requires the patient to test within a week of becoming infected, otherwise it may not be detected.

Fortunately, a commercial FDA-approved diagnostic Zika test was developed and is being made available to U.S. physicians to administer to patients complaining of Zika symptoms.

Even better, a faster, cheaper Zika testing tool is being developed by researchers from a collective of universities who are working together. It’s a paper-based test that detects Zika in blood, urine or saliva, and it isn’t just searching for the presence of the virus, which is short-lived, but a specific antibody, a protein in the blood that shows Zika was present recently. If the protein is there, the paper will turn purple.

This means no extensive training is needed to interpret the test results, and the tool is expected to be priced at less than a dollar per unit, so people who don’t have access to doctors or official testing can get answers.

There is no current “cure” for Zika because for years, science didn’t think the consequences warranted the resources necessary to develop treatment. In fact, most people who become infected never discover that they are, because only 20 percent of infections result in symptoms, and the more benign symptoms can be treated the same way as the flu: rest, fluids and medication like Tylenol. http://www.cdc.gov/zika/symptoms/

However, scientists have cloned the Zika virus and according to the researchers at the University of Texas, this could lead to the development of a vaccine.

To create the vaccine, a safe version of Zika would be enough to cause the body to fight the infection without actually causing Zika.

The US National Institute of Allergy and Infectious Diseases wants to start the human vaccine trial by September, it may take some years before a vaccine is available to the public.

So for now, the best option is prevention.

Don’t allow standing water to collect in and around your home as this is the breeding ground for mosquitos, keep your home cool and be diligent about wearing mosquito repellant.

It is also important that couples practice safe sex if exposure to Zika occurred.

FDA Launches Tool for Doctors to Manage Antibiotic Use

The U.S. Food and Drug Administration created a website . . .

As health professionals, many have heard a lot of buzz . . .
Tweet
Older Posts Newer Posts