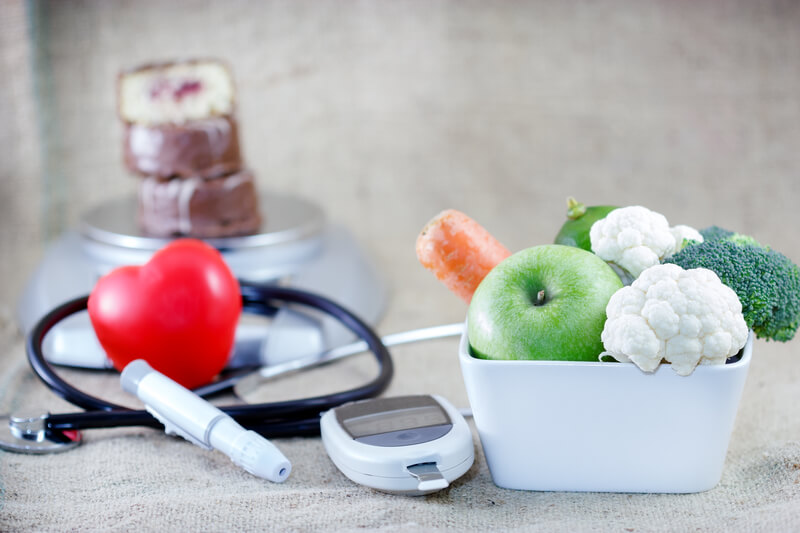 More than 30 million people are living with diabetes, a chronic disease where there is a high level of sugar in the blood.

Of those millions, nearly 28 percent do not know they even have this disease and are not caring for themselves properly. More than 7 million of people who have diabetes are undiagnosed, according to the 2017 National Diabetes Statistics Report.

Even though a chunk of the population deals with diabetes every single day, the general population knows little to no factual information about it. Did you know there is actually two types of diabetes?

Diabetes is a huge health issue that often causes serio . . .

This course covers medications used to treat types 1 an . . .

As nurses, you dedicate your lives to taking care of ot . . .

Yes, there are! Type 2 diabetes is the most common form of the disease and only 5 percent of people with diabetes are diagnosed with type 1.

Both forms of diabetes are defined by a high level of sugar in the blood, but there are some differences — especially when it comes to insulin, a hormone produced in the pancreas that regulates the amount of glucose in the blood.

In honor of American Diabetes Month, we’re debunking some common misconceptions on the disease impacting more than 9 percent of Americans.

The truth about diabetes and sugar: Although people with diabetes must monitor their blood sugar regularly, they can still enjoy some added sweetness as part of a balanced diet.

This means diabetics can’t go overboard with desserts, ice cream and chocolate with no regard to the negative impact on the body, but they can opt for low-sugar options.

The danger zone lies with healthy foods that are loaded with sugar, such as fruits and juices.

One old wives tale is that sugar causes diabetes. This is false, but the combination of consuming too much sugar, increasing calorie intake and gaining weight can certainly put you at risk.

Sugar alone does not exactly cause diabetes, but it does increase your risk of developing type 2 diabetes, along with other diseases such as obesity and heart disease. The sweet, soluble carbohydrate can be bad news for anyone who is not controlling their diet.

The truth about weight and diabetes: Many people with type 2 diabetes are at a normal weight, according to the American Diabetes Association.

Thin people can, and do, still develop diabetes. Just because a person does not need to shed some extra pounds does not mean they are in perfect health.

Being overweight is a risk factor for developing type 2 diabetes, but genetics and age are factors, too. Even ethnicity plays a role. The 2017 National Diabetes Statistics Report shows diabetes was most prevalent in American Indians, Alaska Natives, non-Hispanic blacks and people of Hispanic ethnicity.

More than one third of American adults are obese, according to the Centers for Disease Control and Prevention (CDC). Obesity has become a serious health problem in America and can lead to many health issues. Yes, one of them is type 2 diabetes. After all, more than 87 percent of American adults with diabetes are overweight, reports show.

However, people struggling with keeping weight off are not the only people at risk for diabetes. Just because you are at a healthy weight does not put you in the clear from developing diabetes.

The truth about being sick with diabetes: Diabetics do not catch colds or the flu any easier than the next person. However, diabetics can have a difficult time managing their diabetes when they are sick.

The CDC encourages diabetics to get the flu vaccine every year because it prevents diabetics from flu-related complications. The virus and other infections can disrupt blood sugar levels, which is a giant red flag for people with diabetes.

The truth about getting pregnant with diabetes: Although it may have been common in the past for women diagnosed with diabetes to avoid getting pregnant, that is a thing of the past. Women can have a safe pregnancy and give birth to a healthy baby, even when they have diabetes.

The truth about a diabetes diet: Whole grain breads, baked sweet potatoes, corn on the cob and rice bowls can all be incorporated into a healthy diet for someone with diabetes.

Unfortunately for comfort food lovers, carbs turn into glucose in the body, which is why diabetics have to pay close attention to how much of them they eat.

The trick is in managing the amount of carbohydrates and limiting those types of foods so everything is enjoyed in moderation.

Myth #6: Diabetes is not really serious

The truth: Diabetes, regardless of the kind, needs to be taken seriously.

People with diabetes can live a healthy when they manage their condition and make positive lifestyle choices. However, type 2 diabetes diagnosis rates are on the rise and that is not good news.

Reports show diabetes ranked the seventh leading cause of death in 2015 and more than 1 million people are diagnosed every year. The CDC estimates 1 in every 3 Americans will have diabetes by the year 2050. This is not a health issue to be taken lightly.

For more information about diabetes, visit the American Diabetes Association.

Have you heard these myths before? What do you know about diabetes?

Tell us in the comments below!

Diabetes is a huge health issue that often causes serio . . .

This course covers medications used to treat types 1 an . . .

As nurses, you dedicate your lives to taking care of ot . . .

As nurses, we know that one of the most critical lifesa . . .
Tweet
Older Posts Newer Posts