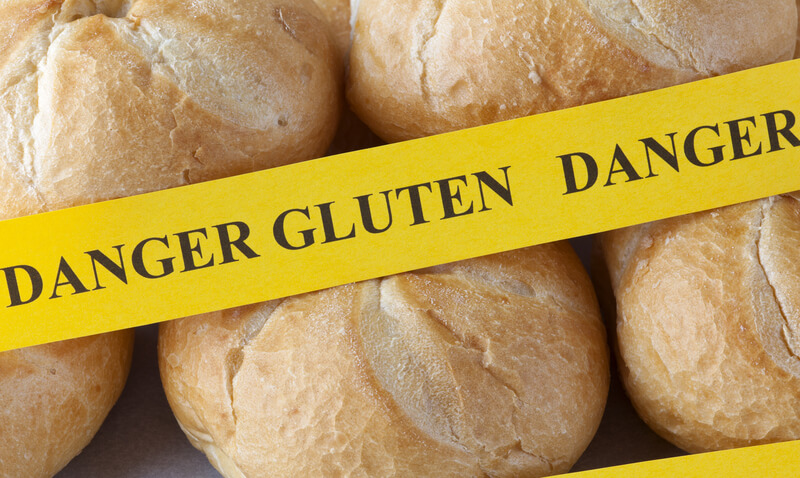 How often have you been waiting in a bakery line only to hear a patron ask if the chocolate chip cookies are gluten free? Despite the eye rolling from other customers, the answer is likely yes. That’s largely due to the nation’s food industry catering to the trendy gluten-free crowd, and to the growing number of people suffering from celiac disease. Experts estimate that one in 100 people worldwide suffer from this autoimmune disorder, and almost three million Americans may be suffering undiagnosed. Although “gluten free” may be a household term, most aren’t aware why such a need for wheat-free products exists and why it’s important for those living with celiac disease to manage its effects.

Lyme Disease Cases On the Rise in the Northeast

A rising mice population results in a surge in the numb . . .

Obesity is a significant issue in America that causes a . . .

Parkinson’s disease is a neurodegenerative disease that . . .

What is celiac disease?

People diagnosed with celiac disease react to gluten—a protein found in wheat, rye, and barley—and their body’s immune response attacks the protein in the small intestine. If left untreated, the body’s immune response will destroy the intestinal lining covered with villi. If these fragile, finger-like projections get damaged, the body can’t absorb nutrients properly, and you will get sick. Many suffer from anemia, early onset of osteoporosis, seizures, migraines, dementia, cancer, thyroid disease, and type 1 diabetes, among other things.

What are the symptoms?

Most patients see their doctor with complaints of bloating, diarrhea, extreme fatigue, unexplained weight loss, or anemia. Others suffer from bone disease or skin disorders. The only way to diagnose celiac disease is through a blood test that measures antibody levels followed with a biopsy of the small intestine. There is no cure for celiac disease, and it can develop at any age. The only known treatment is a strict gluten-free diet.

What is non-celiac wheat sensitivity?

In some cases, patients show signs that coincide with celiac disease, but they test negative. Doctors estimate that over eighteen million Americans have symptoms that qualify as non-celiac wheat sensitivity, and new research suggests that gluten may not be the only cause. “Instead, research is showing that perhaps FODMAPs, a group of poorly digested carbohydrates, may be the cause of the symptoms,” says the staff of Beyond Celiac. Incidentally, wheat, barley, and rye are all high in FODMAPs.

How can you manage celiac disease?

“It’s a little ironic that you have 1.6 million people on a gluten-free diet without a diagnosis of celiac disease, and we’ve got about the same number of people who have celiac disease, don’t know it, and aren’t on the diet they need to be on,” says Joseph Murray, MD, a specialist in celiac disease at the Mayo Clinic. Fortunately for celiac sufferers, the gluten-free trend has increased the volume, variety, and availability of specially packaged foods. Also, larger grocery chains stock pantry alternatives like brown rice flour, oat flour, millet, whole corn, teff, and sorghum.

Due to the amount of wheat in non-food items, celiac disease sufferers become expert label readers. Products like lip balm, lotions, and medications all contain traces of gluten. “Just like with food, learning the ingredients and how to read the label is a must,” says Wendy Marcason, RD, LDN. “Pay attention to the inactive ingredients, particularly anything with starch.” It’s difficult to determine the source, whether potato, tapioca, or wheat, for example. Marcason also warns to look out for terms like pregelatinized starch, sodium starch glycolate, dextrin, or dextrate.

What about the celiac disease imposters?

Referring to the chocolate chip cookie fan in the bakery line, or the millions of others who have adopted a gluten-free diet without a diagnosis, are there negative side effects? “Giving up gluten itself isn’t bad for you,” says Dr. Sanjay Gupta. “The risk is that you may sacrifice nutritious, whole grain foods that contain it.” He adds that just because a food is gluten-free doesn’t necessarily mean it’s healthier for you. Many foods can still be caloric or high in fat and carbohydrates. Dr. Gupta says that everyone could benefit from a diet rich in naturally gluten-free foods like fresh fruits and vegetables, lean proteins, nuts, and legumes. In fact, many diseases may improve on a reduced-gluten diet. But just cutting all gluten from your diet doesn’t guarantee good health.

For the millions of Americans who live with celiac disease every day, talking with your doctor, staying within diet guidelines, and reading labels are important steps on the path to good health.

Lyme Disease Cases On the Rise in the Northeast

A rising mice population results in a surge in the numb . . .

Obesity is a significant issue in America that causes a . . .