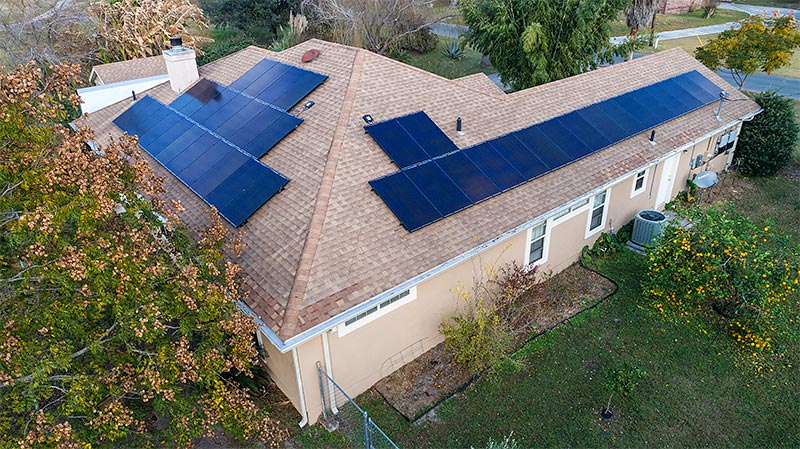 Conducting an eye exam in Nepal, organizing medical out . . .

How Technology is Improving Home Care

Imagine your patient’s joy in being able to actually se . . .

CEUfast CEO Julia Tortorice recently joined the solar energy revolution when she installed solar panels on the roof of her Florida home. She wanted to make the switch to solar energy for years to make a positive impact on the environment.

Research shows fossil fuels releasing carbon dioxide (CO2) into the atmosphere causes climate change, according to the National Academies of Sciences, Engineering and Medicine. CO2 is a greenhouse gas (GHG) which, similar to a greenhouse window, allows sunlight to enter the Earth’s atmosphere and then prevents the heat from escaping.

As explained in a Live Science’s article, solar panels work by allowing light to knock electrons free from atoms and then creating an electric flow. One huge benefit of switching to solar panels is that solar energy options limit carbon emissions.

Having the physical solar panels installed on the roof of her home was a quick process for Tortorice, even though the building permits took about three weeks to obtain. The most time-consuming part of finding solar panels was finding a quality, budget-friendly system.

Just like Tortorice, many people across the nation want to do their part in preserving our planet. Unfortunately, the financial side usually holds homeowners back from making the lifestyle change.

“I wanted to go green and be less dependent on the electric grid, but I wasn’t going to do it if I couldn’t break even at least,” Tortorice said.

Even though she looked at solar panel systems for the past 10 years, it wasn’t until she discovered Sun-Tec Solar Energy that she was able to find a financially smart option.

“I think more people will be moving to solar power because of the improvement in the quality and the decrease in the cost,” Tortorice said. “Now it’s affordable for the average homeowner.”

As the prices of solar panels drop, more homeowners look to the sun to power their house. Studies show that when the cost drops, the amount of solar installations rises.

However, when the Solar Section 201 Case caused prices to rise slightly the number of installations plummeted in the second half of 2017, according to SEIA. 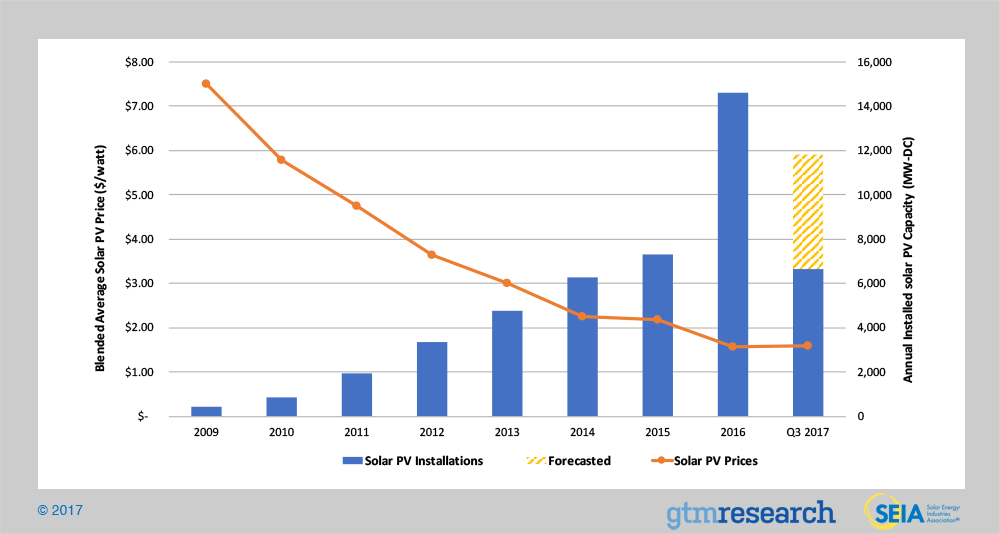 Now that Tortorice has the solar panels installed, she can expect a tax break of $13,000 over the next five years.

“That’s essentially a discount on the cost,” Tortorice said.

The federal solar tax credit allows you to deduct 30 percent of the cost of installing a solar energy system from your federal taxes. Also known as the investment tax credit (ITC), this tax deduction applies to both residential and commercial systems without a value cap.

A recent change involving the price of solar panels includes a tariff. In January 2018, President Donald Trump signed into law a tariff on imported solar panels in order to protect American jobs. According to a Reuters news article, research firm Wood Mackenzie estimated the tariffs would reduce solar installation growth by as much as 15 percent within the next five years.

Justin Zinchini, solar marketing manager at Sun-Tec Solar Energy, said the 30 percent tariff on all imported solar cells is going to increase the installation cost for homeowners. It may be the extra push homeowners need to switch to solar now, before companies increase their prices.

“My company Sun-Tec has not raised their prices yet and we are the No. 1 Volume Solar Dealer here in Florida,” Zinchini said.

“With Sun-Tec you don't need expensive batteries. We do what is called a Grid Tied System. This allows you to sell all of your extra power that you can not use to the power company,” Zinchini said.

In Tortorice’s case, she has an exchange of power with Florida Power & Light, the third-largest electric utility in the United States serving about 10 million people in Florida.

“What they do is buy your extra electricity off of you and give you a dollar for dollar credit off your electric bill,” Zinchini said. “What you sell them is erased from what you use on your monthly electric bill.”

“Plus it’s a benefit to the power companies in that they have additional sources of power coming in,” Tortorice said.

However, there’s no shortage of solar energy in the Sunshine State.

“I should be sending them much more power than they ever send me,” Tortorice said.

Conducting an eye exam in Nepal, organizing medical out . . .

How Technology is Improving Home Care