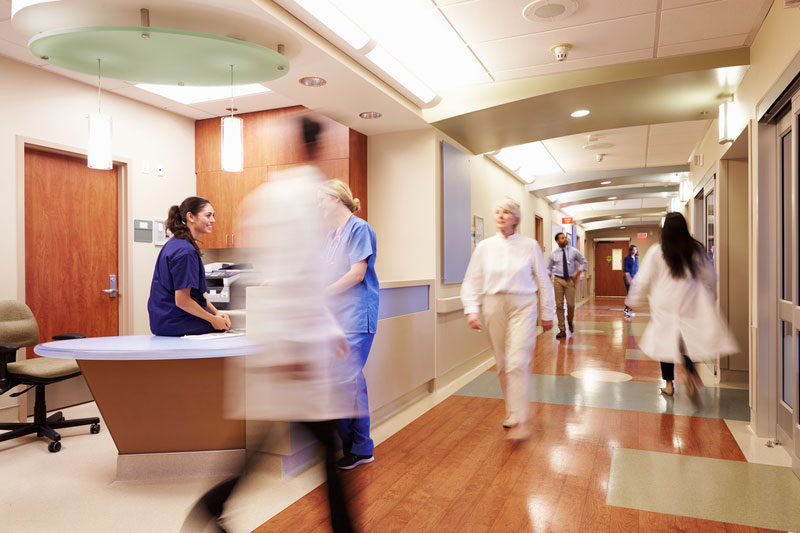 It’s a nurse’s duty to care for patients and improve the overall health of others, but how often do you stop to think about your own health?

If you’re in the majority of nurses, you don’t focus on your own health often enough — and it’s leading to medical errors when you treat patients at work.

A recent study by The Ohio State University showed more than half of U.S. nurses are depressed, making them prone to medical errors.

"When you're not in optimal health, you're not going to be on top of your game," lead author Bernadette Melnyk said in a news release.

The study, which appears online in the Journal of Occupational and Environmental Medicine, reports nurses with worse health were associated with a 26 to 71 percent higher likelihood of making medical errors.

Melnyk, dean of The Ohio State University’s College of Nursing and chief wellness officer for the university, said hospital administrators can play a larger role in improving physical and mental health among health care professionals.

“Hospital administrators should build a culture of well-being and implement strategies to better support good physical and mental health in their employees. It’s good for nurses, and it’s good for their patients,” Melnyk said.

The Deadly Impact of Medical Errors

Medical errors are an under-recognized leading cause of death in the United States, but it’s a preventable one.

A study by Jon Hopkins University, a private university in Maryland, revealed more than 250,000 deaths per year are due to medical errors, ranking it as the third leading cause of death in the U.S., according to a news release.

Martin Makary, M.D., M.P.H., professor of surgery at the Johns Hopkins University School of Medicine and an authority on health reform, said the amount of deaths caused by medical errors has been flying under the radar unintentionally for quite some time.

“Incidence rates for deaths directly attributable to medical care gone awry haven’t been recognized in any standardized method for collecting national statistics,” Makary said in a news release. “The medical coding system was designed to maximize billing for physician services, not to collect national health statistics, as it is currently being used,” Makary continued.

“At that time, it was under-recognized that diagnostic errors, medical mistakes and the absence of safety nets could result in someone’s death, and because of that, medical errors were unintentionally excluded from national health statistics,” Makary said.

Researchers caution against punishing medical professionals for medical errors, according to the news release. They argue these mistakes are not a reflection of poor training or capability, but rather it’s a representation of systemic issues.

Tackling the issue of medical errors starts with finding what is causing professionals to make inaccurate decisions.

Researchers now know depression and health issues among nurses can be one leading to medical errors, but how can nurses begin to care for their mental health if they don’t even know they are depressed?

Despite the years of medical training, nurses often struggle to identify symptoms of depression in themselves because the warning signs pointing to this mental health issue are so vague.

“Nurses do a great job of caring for other people, but they often don’t prioritize their own self-care,”  Melnyk said in a news release. “And their work lives are increasingly stressful – patients are sicker, hospitals are crunched financially and nurses are having to find ways to juggle patient care with all of their other assigned tasks, such as tending to the electronic medical record.”

According to the Anxiety and Depression Association of America, feelings of exhaustion, distraction, emptiness and irritability can all be symptoms of depression. Struggling with sleep is a symptom too, but these can all be shrugged off by nurses who think this is just the lifestyle that comes with saving lives in the medical field.

There are millions of people in the U.S. alone who have experienced depression at some point. According to the ADAA website, around 16.1 million adults aged 18 years or older in the U.S. had experienced at least one major depressive episode in 2014. That’s more than 6 percent of the American adult population.

“In older adults depression may manifest more subtly as they tend to be less likely to admit to feelings of sadness or grief and medical illnesses which are more common in this population and also contributes or causes the depression,” according to the ADAA.

Nurses who may be experiencing depression should contact their doctor to start taking the steps to receive treatment before it impacts their decisions at work.

The study conducted by The Ohio State University concluded that wellness needs to be a much higher priority for healthcare systems.

The survey of 1,790 nurses across the country showed a relationship between greater perceived worksite wellness and better health. About 54 percent of nurses who participated in the national survey reported experiencing poor physical and mental health.

Optimizing health in clinicians would enhance the quality of care and decrease the odds of preventable medical errors.

“Health care systems and hospitals have to do a better job of creating wellness cultures for their clinicians,” Melnyk said. “The National Academy of Medicine has identified this as a public health problem and has made clinician well-being a high priority for health care quality and safety.”