What Is a Virus?

A virus is a microscopic organism that is unable to thrive and reproduce without a host cell. Viruses exist almost everywhere and are able to infect humans, animals, plants, fungi, and bacteria. Some viruses are able to cause diseases so deadly that they create pandemics across the world.

The goal of this course is to prepare healthcare profes . . .

What Is the Difference Between a Virus and Bacteria?

While viruses and bacteria can both cause a multitude of illnesses and have similar symptoms, they are quite different. Unlike viruses, bacteria are able to reproduce on their own and can survive in harsh environments. Viruses are far smaller than bacteria, which is how scientists were able to differentiate between the two in the 19th century. The average size of a bacterium is 0.2-2.0 micrometers, while many of the viruses on this chart are in the 50-200 nanometers range, making bacteria 10 to 40 times larger than viruses. Most bacteria are also harmless, with only 1% causing disease. Most viruses do cause disease, with many of them specific to the cells they attack.

One of the biggest differences between the two is that bacteria can be treated with antibiotics, while viruses cannot due to their small size and the fact that they reproduce inside of the cell. Viruses can be managed with medicines, but there is no cure for them, although viruses can be prevented with vaccines.

What Is the Most Deadly Virus?

The most deadly virus is the rabies virus, which has a mortality rate of 100% if not treated quickly. Once symptoms of rabies start to appear, it is too late and the disease will be fatal. The virus causes approximately 55,000 deaths worldwide each year.

While it was eradicated in 1980, the smallpox virus is one of the most deadly viruses in history. It has been around for more than 3,000 years and killed 300-500 million people in the 20th century alone. Before a worldwide immunization effort took place in the 1970s, the disease killed 30% of those infected. It is the only human disease to have been completely eradicated to date.

What Are the Top 10 Deadliest Viruses by Mortality Rate?

What About the 2019 Coronavirus?

The 2019 coronavirus, which has been named SARS-CoV2, is part of a family of viral infections that afflict people around the world and were first identified in the 1960s. Seven different types of coronavirus have been identified, four of which are fairly common. The other three evolved from infected animals to created deadly coronaviruses, all of which are illustrated on this chart. They include SARS-CoV2, which causes an illness called COVID-19; SARS-CoV, which causes severe acute respiratory syndrome; and MERS-CoV, which causes Middle East respiratory syndrome. While the official mortality rate of COVID-19 is still being determined, MERS has a mortality rate of 37% and SARS a mortality rate of 10%.

On Wednesday, March 11th the World Health Organization declared the Coronavirus a global pandemic. In an effort to keep healthcare professionals better informed, CEUfast has decided to make our “Coronavirus Disease 2019 (COVID-19)” course and certification available at no cost. Based on the CDC guidelines, this course provides healthcare professionals with the knowledge to prevent, identify and treat COVID-19.
Register Now
(I have never registered)
Proceed To Course
(I already have an account) 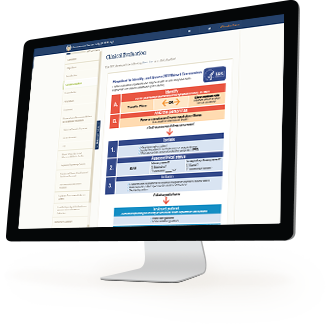 The goal of this course is to prepare healthcare profes . . .

Learn about the Zika epidemic as it relates to the rece . . .
Tweet
Older Posts Newer Posts