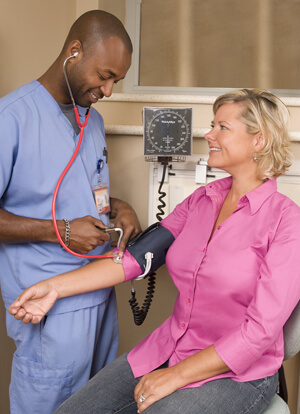 There’s no question about it, nursing is a predominately female industry. Not only do women make up the majority of staff nursing positions, they’re also Chief Nursing Officers 90 percent of the time.

That’s why it may come as a bit of a surprise that male nurses make an average of $5,100 more than female nurses, according to a report from the Journal of the American Medical Association (JAMA). http://jama.jamanetwork.com/article.aspx?articleid=2208795

It was conducted by researchers from Yale School of Public Health and Vanderbuilt University Medical Center and it was led by Dr. Ulrike Muench, an assistant professor of social behavioral sciences at the School of Nursing at the University of California, San Francisco.

The study was based on information from the National Sample Survey of Registered Nurses (which ended in 2008) and U.S. census information. The income gap between the sexes varied based on a number of factors, including education level and nursing specialty.

The study didn’t offer insight into what caused the gender-based salary discrepancies, however Dr. Muench offered up a few possible answers.

She told the NY Times men may be better negotiators, and women taking off time from the work force to raise children could be impacting their pay grade. Diana Mason, a professor of nursing at Hunter College at the City University of New York, said organizations may offer men a bit more money to sweeten the pot to help increase diversity.

In 2012, a Wall Street Journal report based on a census report had similar findings, with an average salary gap of $10,000 reported. It pointed out that men are more likely to go after higher degrees of education. The report also noted that more men are willing to work evening shifts, night shifts and work fulltime.

Men also gravitate toward the highest-earning areas of the field. Forty percent of nurse anesthetists are men, on average, even though men only make up seven to ten percent of the nurse workforce.

It could also be a matter of balancing the total compensation package. Healthcare costs more for women than it does for men, because on average, women incur charges for more expensive services, mainly related to maternity.

With all of those anecdotes considered, the income gap remains an issue for female nurses who have gone down very similar career tracks with similar circumstances as their male counterparts--- including education level, work schedules, race, marital status and having children at home.

The JAMA researchers said the next step is working on a study that offers facts behind the cause of nurse wage inequality.

What Nurses Can Do To Boost Income

In the meantime, nurses looking to add more money to their bottom line can focus on doing a number of things. Document your contributions to your organization, including certifications, compliance to mandates, working additional shifts, etc. and discuss these during your evaluation periods.

If you feel you’ve gone as high as you can go at your current position, and you’re considering looking for other employment, be prepared to negotiate to get a salary you feel you deserve.

Before going on interviews, do your research. Refer to salary databases, and if possible, speak to others in the specialty or company you’re looking to get into about salary range. Determine the salary range you find acceptable, with the high being the best salary you could reasonably hope for, and the bottom being the absolute least you could accept, given the right circumstances.

Hold off discussing a salary with your potential employer until you get an idea of the demands that would be placed on you, figure out how many people might be reporting to you and your overall responsibilities. Once you have all of that information in hand, allow the hiring manager to throw out a potential salary figure.

If you think you deserve more, you can politely explain that based on your experience, the demands of this job and the overall going rate for similar positions in your area, you think X amount is fair.

The worst they could say is no, and it just provides an opportunity to focus on other aspects of your total compensation package.

For more details on the art of salary negotiation, check out Payscale.com’s Salary Negotiation Guide: http://www.payscale.com/salary-negotiation-guide

For the long term benefit of your career, consider taking the time to get certified in specialties that are high in demand.

For example, babies aren’t going to stop entering the world anytime soon, so taking the steps toward becoming a neonatal nurse (which pays an average of $74,000 a year) could be a great option for you. You may also want to focus on a path where critical care is involved, like ICU or the operating room. Here’s NurseTogether.com’s top 10 list of the highest paying nurse specialties check out:http://www.nursetogether.com/top-10-highest-paying-nursing-specialties-t

The educational requirements will vary from shorter certifications to master’s degree or higher, so find a specialty that works for your needs.

Combat the Health Dangers of Being a Nightshift Nurse

One of the most challenging schedules a nurse can do i . . .
RELATED

Combat the Health Dangers of Being a Nightshift Nurse

One of the most challenging schedules a nurse can do i . . .
Tweet
Older Posts Newer Posts