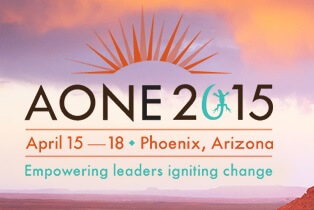 Nurse leaders officially took over the city of Phoenix during the annual AONE conference April 15 - 18, and in a word, it was spectacular.

If you’ve never heard of the AONE conference, it’s one of the biggest nursing leadership events in country.

In fact, they tweeted this Friday:

Buzzing on adrenaline and tons of Starbucks coffee, groups and parties of one from all over flooded the Phoenix Convention Center and dove into an action packed schedule.

Of course, there were some opportunities to let your hair down. Just ask the belles of the ball who boogied at the President’s Reception Thursday night. 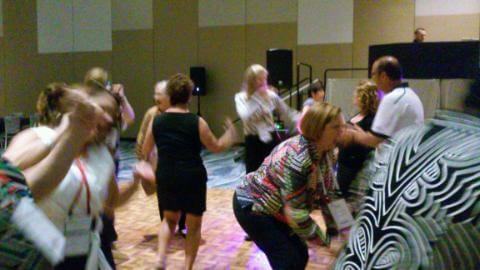 There were also some pre-conference workshops Wednesday afternoon, but things really kicked off with keynote speaker Simon Sinek.

Sinek teaches leaders and organizations how to motivate and inspire---quite the appropriate start for AONE’s 2015 theme of “Empowering Leaders, Igniting Change”.

He’s an adjunct staff member at RAND and has authored Start With Why: HowGreat Leaders Inspire Everyone to Take Action, and the NYTimes best seller, Leaders Eat Last: Why Some Teams Pull Together and Others Don’t.

His concepts really resonate; he has the most viewed TEDTalk YouTube video ever, with 21.9 million views and counting.

Instead of leading with tasks, he emphasizes leading with the heart of a mission and becoming a leader that an organization can believe in. 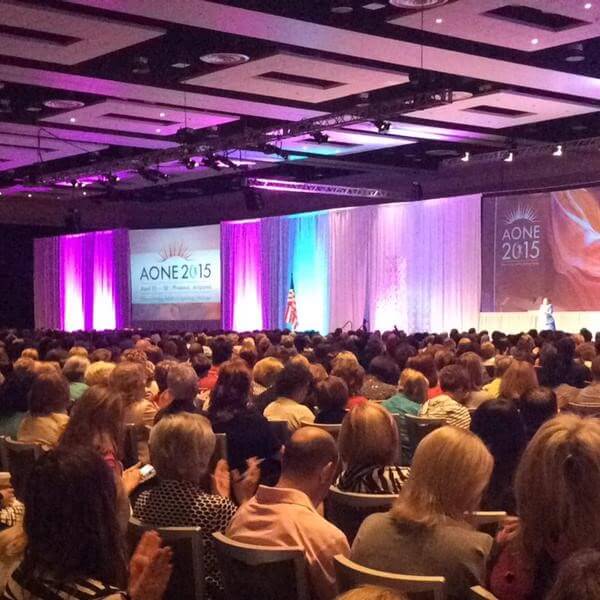 “There is inherent value in being around people we trust,” Sinek said during his AONE speech.

And finding a way to honor workers is crucial to achieving excellent organizations, too.

Throughout the conference, there were varying sessions on everything from surveillance and accountable care to healthcare finance and innovative patient focused nursing, but one of the most intriguing portions of conference was the exhibit hall.

All attendees got a small pamphlet called “Passport To Prizes” that led you around to different booths in the exhibit hall, luring you in with promises of winning an iPad or $500.

No one from the CEUFast team won those kinds of prizes (shocker, cue the sad face).

However, everyone got loaded down with samples and freebies galore. 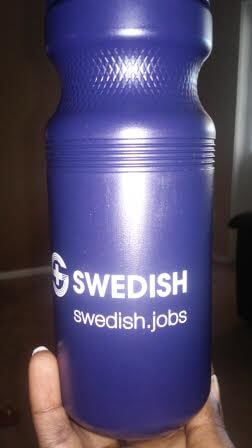 While freebies are everyone’s best friend, the exhibit hall featured some really neat innovations we believe could revolutionize hospitals everywhere.

Pintler Medical showcased their warming pad technology, an environmentally safe, antibacterial, antimicrobial patent surface that heats up using a patient’s body heat and maintains patient’s normothermia and pressure distribution during a procedure, ambulance ride or sleep. The pressure distribution helps eliminate ulcers or sores that occur during extended periods on hospital behind.  Once the pads are placed on a flat surface, it’s nearly impossible for them to shift up or down, left or right, but once it’s time to pick them up, just lift---nothing extra required. 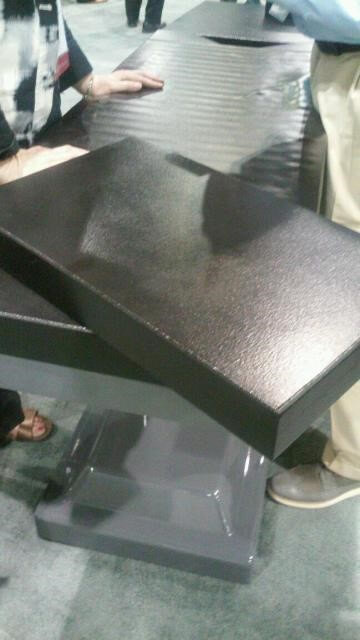 They also make heated stretcher pads that fit every stretcher model, and this product gives patients the ability to control their temperature setting, a feature that can make a world of difference during a patient’s stay.

The Ivea Firefly is another stand out tool that makes life easier for both the patient and the nurse.

It’s a foldable, multi-functional machine with wheels that makes it possible for one nurse to easily ambulate a patient with full infusion support. 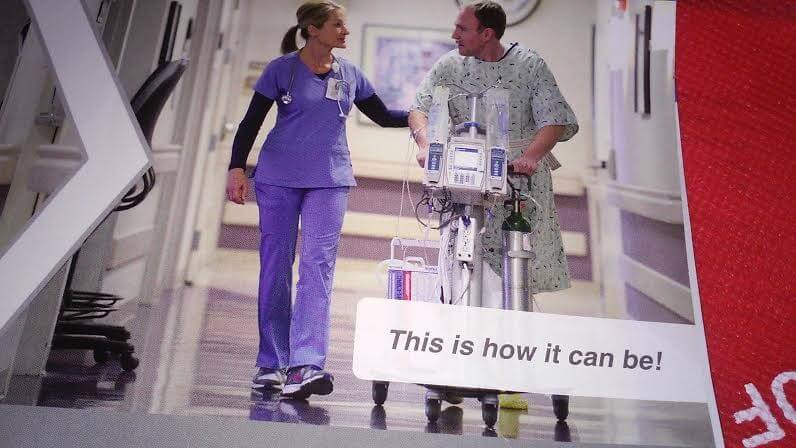 A nurse can get their patient up, and the patient can help support him or herself, holding on to handle bars on the IVEA. Nurses can load the IVEA with equipment, oxygen tanks, lines, etc. allowing them to free their minds from balancing a ton of equipment, and focus on their patient. The IVEA is also an Edison Award 2015 finalist. 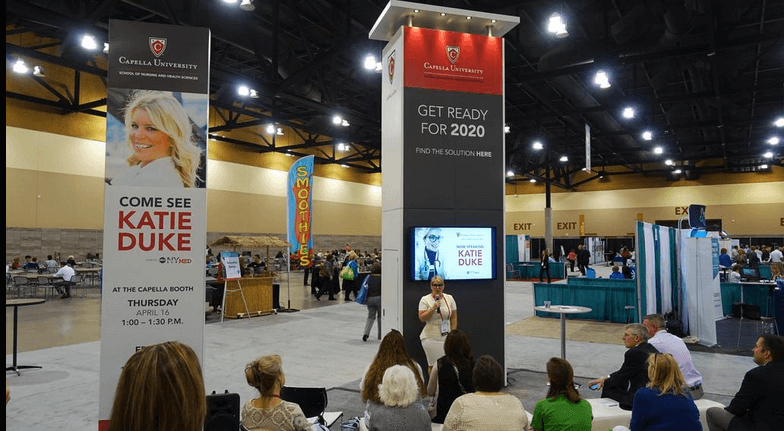 She shared her story as an engaged audience took in her gutsy, spit fire persona and captivating delivery. She talked about the fact that doctors are often the only voices with a public platform representing medicine, and she is blazing a path as the voice for nurses and nurse issues.

She is using her influence to be a representative for nurses and has partnered with Capella University (a sponsor at the event) to promote advancement in nurse education.

Attendants were able to earn up to 22 hours of continuing education contact hours for satisfactory completion of the AONE evaluation, and pre-conference workshops.

Not to mention, a number of events with free food, wine, beer and cocktails.

This conference left attendees with plenty to take back to their hospitals and organizations, including plenty newly forged relationships and enlightened approaches to managing the chaos that is healthcare.

While there is no such thing as one-conference-fits-all, we would venture to say that this is a great event to attend for anyone who considers themself a nurse leader. You will leave inspired, teeming with ideas and thinking about plans for the next year’s conference…at least we are.

The year is flying by, and before you know it Nurses We . . .
RELATED

The year is flying by, and before you know it Nurses We . . .
Tweet
Older Posts Newer Posts