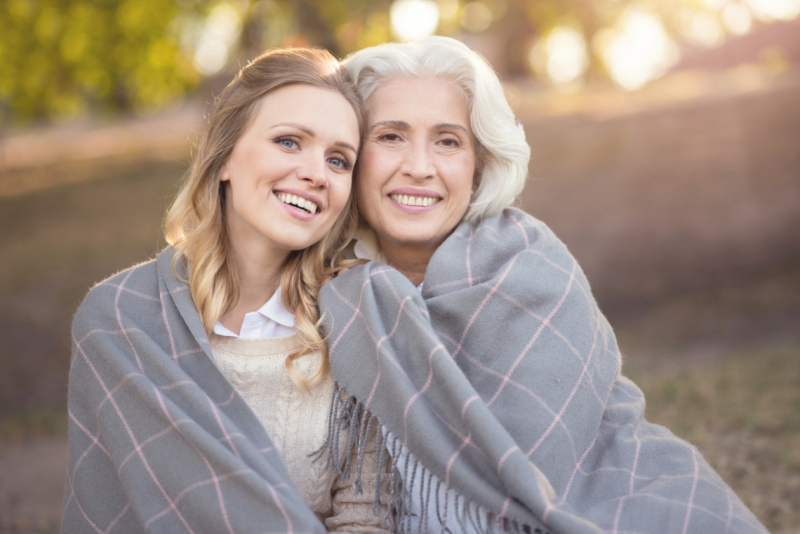 You’re only as old as you feel. And as time progresses, that old, feel-good saying might become more of a reality as new technology and research emerges to help people in old age live healthier lives.

A recent study published in the Journal of Biological Chemistry has taken a more in-depth look at what happens to cells going through the process of senescence, which is the stage of cell life at which they no longer divide. In a round-about-way, the researchers are studying why this process happens so that they can find ways to design treatments for “better aging”.

Senescence is a key part in the body’s age-related decline, and most commonly has been studied in cells known as fibroblasts. However, in this particular study, researchers analyzed senescence in epithelial cells, which are present in the body’s tissue at the surface of the organ and other types of tissues in the body. These particular cells also happen to be the type of cells that typically see forms of cancer in them.

By studying cells from a different perspective, the team of researchers have made ground-breaking strides for finding a way for humans to live healthier lives in their old age. And as convoluted as the research behind it may seem, we’re going to try our best to break it down for you.

The science behind the research:

He also added, “We're doing the opposite; we're trying to study the reasons cells age, so that we might be able to design treatments for better aging.”

To begin their research, the team started by looking at epithelial cells as they emerged in the body, and fed them molecules to enable them to be chemically labeled. This process allowed them to see how the cells handled the nutrients they consumed. Overtime, the research team found that once these cells reached a state of senescence, they stopped producing something called nucleotides or organic molecules that are the main components of DNA.

After this was discovered, scientists started experimenting with younger cells by artificially halting their nucleotide production, which resulted in the cells immediately entering the senescence stage. At this point in the research, they realized that the production of nucleotides is essential to keeping the cells young, and that if cells are prevented from losing nucleotide synthesis, the cells could potentially age at a slower rate.

Another interesting thing that this team discovered while developing 3D images of the results, was that sometimes the senescent cells had two nuclei instead of one, and the ones that had two nuclei were unable to synthesize DNA.

Ultimately, with the finds from the study, researchers hope that this study will help contribute to the development of senolytic drugs, which are a class of drugs used to remove aging cells as well as promote a healthy life into old age.

By using mouse models, researchers have already begun testing and implementing these senolytic drugs to see their outcomes and effects on the body. However, in order for human clinical trials to start, more would need to be known about the effects.

Although this new study uses innovative techniques to look at aging in a different light, humans have been searching for a way to combat old age since the dawn of time. So, you might be thinking, what other tactics are out there? Another, slightly different, approach to this topic of aging comes in a more psychological point of view.

‘You’re only as old as you feel’ 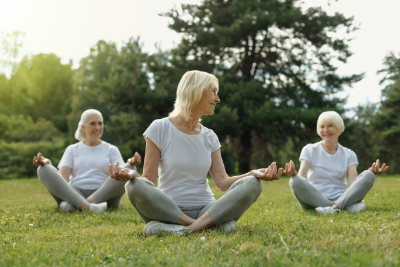 Who truly likes growing old? It’s tough to have the discussion about being human and growing old, which is something we’ll all have to do eventually. But, what about people who are closing in on age 70, but actually feel around 65 years old? Like we said at the beginning of this blog, you’re only as old as you feel. And there is scientific research that shows how thinking positively about your age is another way to live a long, healthier life.

A study took place with 6,500 older adults who were asked to assess how they felt and, simultaneously, their death rates were analyzed. The study, led by scientists from University College of London, was testing the link between “feeling younger” and having a sense of purpose in life with a lower risk of death.

Over the years, many have suspected a correlation between how self-perceived age can have an impact on someone’s life, but to prove it was another thing entirely.

The study also revealed that around one in twenty participants felt more than a year older than their chronological age. Over a follow-up period of eight years, death rates were 14.2 percent in adults who felt younger and 18.5 percent in those who felt closer to their actual age. In people who felt older than they really were, the death rate hit its highest level of almost 25 percent.

Although the positive influence of self-perceived age is a strong way to live a long, healthy life, there were some unfortunate circumstances in the study, such as terminal cancer, that revealed that self-perceived age didn’t play a role as much.

Overall, the study came to the conclusion that the potential for self-perceived age can change an individual’s life. Therefore, individuals who felt older than their actual age could possibly be targeted with health messages promoting positivity towards aging.

So, what does this mean going forward? It’s not always easy to look at life with a glass-half-full point of view. And this is where, hopefully, science will eventually step in and save the day.

Looking towards the future

As we grow older, it’s easy to become scared or uneasy about the uncertainty of life coming to an end, as well as dealing with all the aches and pains along the way. However, the key takeaway is to remain hopeful and to make the most out of the life you’re living now.

Although it’s unlikely that scientists will ever find the right tools for “eternal youth” or a complete cure for aging, it is highly possible that with time, they will discover a way to help people age more gracefully and in an overall healthier manner.

Until then, try thinking about all the positives of old age, such as watching your grandchildren grow up, traveling around the world, and don’t forget all those senior citizen discounts that’ll come in handy. So, just remember to think positively as it might prove to extend your life a little longer than you think. 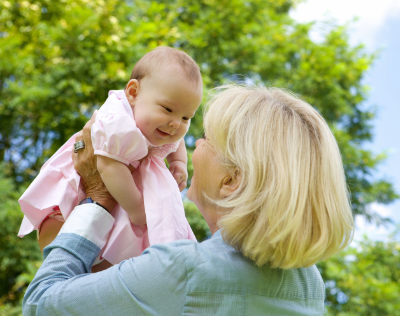