Stop Bashing Prenatal Fitness: Working Out While Pregnant is More Than Okay 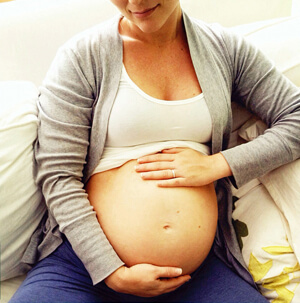 Exercise is widely accepted as a healthy, necessary activity that keeps weight under control and prevents a myriad of diseases, but when it comes to pregnant women working out, it makes a  lot of people feel uneasy.

Despite the wave of research that has touted the benefits of prenatal exercise over the last 10+ years, many believe that workouts can harm the fetus.

In 2013, Lee Ann Ellison stirred up a lot of controversy online when photos surfaced of the 33 weeks pregnant athlete pumping iron.

Elison, who lifted as much as 190 before she was pregnant, lifted 75 pounds during her pregnancy for precaution, and she told ABC News that exercising made her feel healthy and confident in her body.

Over 16,000 commenters voiced their opinions on social media, with some people saying Ellison was putting her unborn infant in danger, while others believed Elison’s prenatal weight lifting was inspiring and healthy.

Model and fellow fitness enthusiast Sarah Stone also received a lot of backlash online after sharing photos of her eight-months pregnant body at the gym. 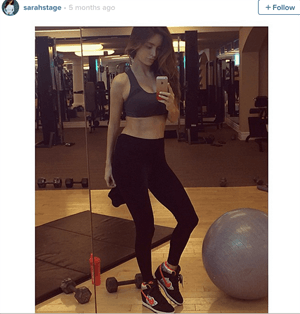 In this case, the controversy surrounded the size of her baby bump and her maintenance of abdominal muscles.

Dissenters argued they could barely tell she was pregnant at all, and chastised her for putting exercise and vanity above the health of her baby.

However, medical institutions like the American College of Obstetricians and Gynecologists (ACOG) have supported “recreational and competitive athletes” remaining active throughout their pregnancy, provided their aren’t any health complications.

Women who weren’t particularly active prior to conceiving can also benefit from milder forms exercise and are advised to consult with their doctors before beginning.

According to the ACOG, moderate exercise for half an hour or longer every day of the week is perfectly fine for pregnancies with no complications.

With that said, there are a few common questions that many people have about prenatal workouts, so let’s clear some of that up.

No. Certified Fitness Instructor Sue Flemming of BuffFitness.com says strengthening the abs, core and pelvic floor muscles not only helps women during their pregnancies, but it also makes for easier labor, delivery and recovery.

*Safety Tip: After the first trimester, avoid ab exercises that involve lying flat on your back.

Doing so can put pressure on your inferior vena cava vein, which is responsible for getting blood supply back to the heart.

Anna Rainbolt, a certified Crossfit trainer with Mowatee Crossfit said doctors advised the pregnant women she worked with to avoid exercises that isolate the abs.

“[Doctors] recommend exercises that involve the entire core in more of a stability manner...Examples of this would be planks, Mountain climbers, leg raises, glute bridges. etc.,” Rainbolt said.

Is running dangerous for pregnant women?

No, not if she was running before conceiving. Take track and field star Alyssa Montano, for instance. She ran the 800m U.S. race qualifier in 2 minutes and 32 seconds. Her doctors not only said it was okay, they encouraged it.

Running all the way up until labor is perfectly fine, unless it begins to feel weird. Women are advised to listen to their body, trust their instincts and contact their doctor if any issues arise.

Yes, they can be. Pregnant women create a hormone called “relaxin” that lubricates joints so delivery is easier once the time comes. That hormone may actually make you feel more flexible with a better range of motion, but that can create more opportunities for injury. So prenatal workouts involving deep muscle or joint movements, including squats and heavy lunges are to be avoided.

Activities with a high risk of impact or falling should also be avoided.

"The main thing with all exercise is listen to your body," he said.

"Things have changed a lot in terms of what [pregnant] women can do in exercise."

Can heavy exercising take away nutrients from an unborn child?

No, the fetus will take what it needs from the mother regardless of activity levels. Expectant mothers are advised to eat smaller, frequent meals throughout the day to keep blood sugar levels balanced.

When it comes to prenatal exercise, it’s also important to note that exercises involving balance, like bicycling, can be dangerous since a woman’s balance is affected after the fourth month of pregnancy.

Aside from special circumstances (like recommended bed rest), exercising is extremely healthy for pregnant women.

Rainbolt has the following tips for pregnant women who want to work out:

As long as you get the okay from your doctor, let go of the old wive’s tale that you have to tread lightly when you’re “with child”. Pregnant women aren’t frail and won’t break. Keep your exercise routines with slight modifications if needed, or get active with a hobby that’s not too strenuous.

Spring is in full swing, flowers are in bloom and peopl . . .
RELATED

Spring is in full swing, flowers are in bloom and peopl . . .
Tweet
Older Posts Newer Posts