Through the Eyes of an Alzheimer’s Patient: What They're Experiencing 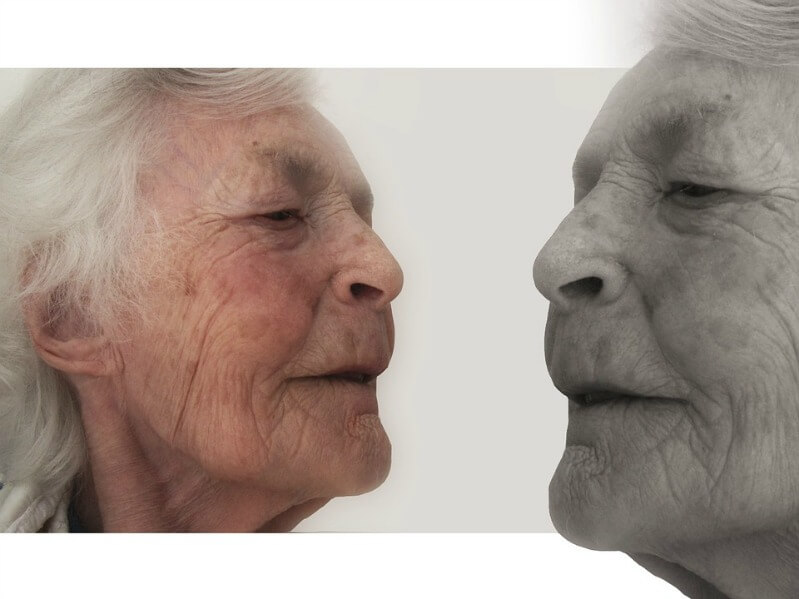 When you look at your face in the mirror, you recognize your skin, your eyes, your imperfections, and your smile, because it’s you.  But could you imagine looking at your reflection one day and having no idea who you were?

It’s one of the many horrors a patient dealing with alzheimer’s disease might experience.

In fact, this was a frightening reality for 69-year-old Geri Taylor.

Taylor was a nurse who had climbed her way up the ranks to a healthcare executive, but in 2012, she became a retiree.

According to a wonderful piece written about her experience in the New York Times, she previously suspected that something was off.

She recalled talking in the middle of a staff meeting when she was still working and having no idea what she was talking about; she had to play it off by focusing on a separate conversation with a staff member.

She also recalled going up to the window blinds and thinking they were broken, until her husband showed her the current way to open and close them. It didn’t matter, because she’d forget again and again.

She’d encountered Alzheimer’s patients in her career before, but seeing some of them in herself was a hard pill to swallow.

Taylor tried to brush off these incidents and hide her declining memory from her husband.

However, the moment she saw a stranger staring back at her in the mirror was the moment she knew she could no longer suppress what was happening with her.

She went to a neurologist and was diagnosed with mild cognitive impairment, a precursor to Alzheimer’s disease.

Every 67 seconds, it hits another unsuspecting American.

While everyone’s experience is different, all of it is hard.

Alzheimer’s doesn’t care who the victim is, how much the person is loved, or how many things were on the person’s to-do list.

It’s a hard and frightening experience.

So when you’re dealing with a patient who is enduring this difficult diagnosis, healthcare providers should be supportive and effective.

When you’re interacting with a patient, keep in mind that most communication is nonverbal. Maintain eye contact with them and try to keep your messages focused and make one point at a time to minimize distractions and the potential to get confused.

Try to avoid agitation or tense facial expressions, because it may upset your patient.

Also, avoid asking questions that might embarrass your patient or recall them to get flustered if they can’t call information, like “Don’t you remember me giving you your shot yesterday?” or anything along those lines.

When an Alzheimer’s patient is exhibiting difficult behavior, it often means that they are trying to communicate or there’s frustration because they’re struggling to convey a message, such as pain, dehydration or boredom.

They might be frightened or humiliated. They also may just be losing their inhibitions and the “rules” and ideas of appropriate behavior may be lost on them.

It’s important to remember this behavior is more than likely not on purpose, nor is it targeted toward you.

If you can focus on determining what the patient is trying to communicate, it will likely alleviate their frustration and aggressiveness.

When you’re interacting with them, don’t feed into an argument.

Distract them with something else to focus on and reassure them that you are here to help.

A Guide to Understanding Alzheimer's

Alzheimer's disease is an incurable form of dementia th . . .

This course will provide healthcare professionals with . . .

This course will educate nursing assistants on how to s . . .

How to Cope with Tricky Patients and Bad Attitudes

Maybe a car crashed, or perhaps someone was walking whe . . .
RELATED

A Guide to Understanding Alzheimer's

Alzheimer's disease is an incurable form of dementia th . . .

This course will provide healthcare professionals with . . .

This course will educate nursing assistants on how to s . . .

How to Cope with Tricky Patients and Bad Attitudes