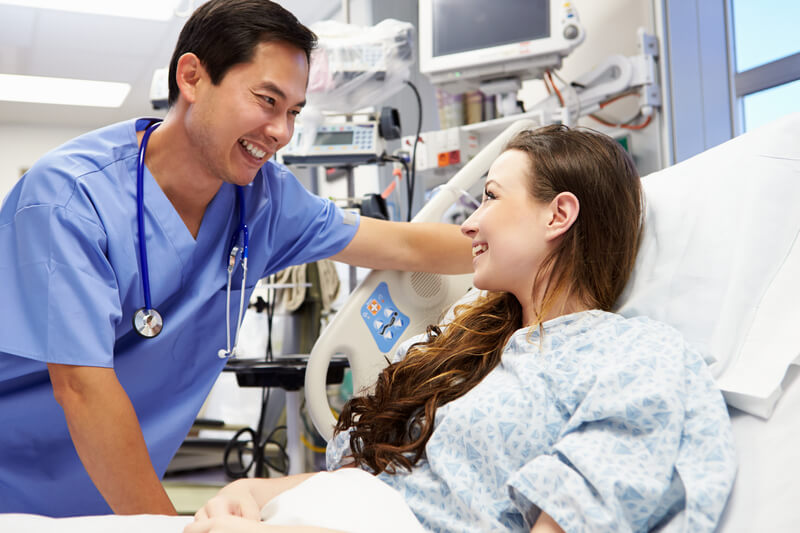 There’s no doubt that male nurses are in the minority. According to Mid America Nazarene University, for the 3.2 million female nurses nationwide, there are only 333,000 male nurses. That’s one man for every 9.5 women. However, those numbers are steadily increasing. Between 1970 and 2013, the proportion of male nurses more than doubled from 3.9 percent to 8.1 percent.

Whether you are a male nurse or work by their side, here are a couple helpful reminders that break the all-too-common stereotypes about men in nursing.

The purpose of this course is to help Healthcare Profes . . .

There’s no question about it, nursing is a predominatel . . .

Despite the modern gender gap, men have been nurses as long as the profession has existed, dating back to the world’s first nursing school (established in 250 BCE in India). Male nurses were the norm in Ancient Rome, and many religious orders of the middle ages were dedicated to nursing, including the Knights Hospitallers, the Teutonic Knights, and the Knights of St. Lazarus. Walt Whitman—famed American poet and author of “O Captain! My Captain!”—served alongside other men as a nurse during the Civil War, and the Alexians built their first hospital in Chicago in 1869.

Women—who were often barred from the practice historically—began to enter nursing in greater numbers during the late 1800's, and men began to become more scarce thanks in large part to reforms led by Florence Nightingale. Nursing was one of the relatively few professions made open to women, and so the numbers began to tilt in their favor. Nursing schools in the twentieth century emphasized female enrollment, often banning men altogether, though this practice was outlawed by Title IX of the Education Amendments of 1972.

Whatever the gender proportions have been or are now, nursing is not a gendered profession. Though some patients may have personal preferences when it comes to their caregiver, the most important thing is that the nurse be able to give care.

“Caring is an art, and there are different ways of showing it. Men demonstrate caring differently from women,” writes Chad O’Lynn, co-author of Men in Nursing: History, Challenges, and Opportunities. While women are generally more prone to “maternal behavior” and men to friendly behavior, neither are limited by their gender and can overlap in their methods of care giving.

In fact, men and women can learn from one another as they go about their work. In his book, O’Lynn relates failing to calm down an elderly patient until a female nurse succeeded in settling the patient down. “As a 24-year-old man, I couldn't see myself putting my arm around someone and speaking in a maternal voice,” O’Lynn writes. “I have since learned how to make that happen.”

Current statistics might prove the existence of gender stereotypes in nursing, but they also demonstrate an important truth: the stereotypes are breaking. By understanding the past and recognizing the need for different abilities and perspectives in caring for patients, the numbers of men and women in nursing will start leveling out to create a more balanced and effective team of care professionals.

The purpose of this course is to help Healthcare Profes . . .

There’s no question about it, nursing is a predominatel . . .
Tweet
Older Posts Newer Posts