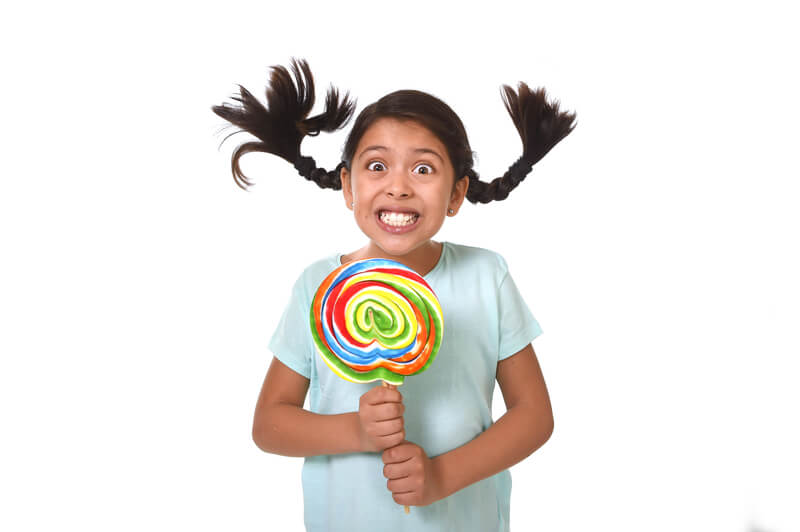 We all know that if you swallow your chewing gum, that wad is going to sit in your stomach undigested for seven years. But how do we know that? Someone probably told us—a parent, a classmate—or else we overheard it on the radio or TV, and we heard it so many times that we’ve taken it as fact.

As it turns out, gum doesn't take seven years to digest—it gets broken down just like anything else we swallow. And yet we accept this and many old wives' tales like it at face value. These “facts” tell stories or present the world with a clear “cause-and-effect” model. Maybe we can predict a baby’s gender based on pregnancy symptoms. Maybe you only have yourself to blame for hairy palms.

Not all of these tales are false, though. Following we’ll list some of the many tales you’ve been told over the years and what science has to say.

“Cracking your knuckles will give you arthritis.”

It’s easy to imagine where this one came from: parents or friend, tired of hearing the snap, crackle, and pop of fingers, coming up with a threat to end the noise. However, several studies have concluded that there is no link between knuckle-cracking and arthritis. Those studies did find higher rates of swollen hands and reduced grip strength among crackers, though, so you might want to kick the habit anyway.

“Chicken soup is good for a cold.”

You might not care whether it’s scientifically grounded or not. When you feel bad, chicken soup is easy to make and easy to swallow, and it feels good going down. But research has found that chicken soup may actually help to fight your cold back. A study published in CHEST found that the soup “inhibited neutrophil migration,” meaning it had anti-inflammatory properties that helped combat upper-respiratory problems. You were probably going to eat it anyway, but now you can do so knowing that it’s really helping to take away your sniffles.

“You lose most of your body heat through your head.”

You’ve heard this from parents or teachers telling you to put on your hat before going out in the snow. Forget your heavy parka, snow pants, and fuzzy mittens—without a beanie or cap, you might as well be naked.

The truth is much less dramatic. Researchers published in the British Medical Journal traced the false claim back to “a vaguely scientific experiment by the US military in the 1950s.” In the experiment, volunteers were exposed to cold while wearing Arctic survival suits. Because they left their heads uncovered, that was the only way for their body heat to escape.

“The face, head and chest are more sensitive to changes in temperature than the rest of the body, making it feel as if covering them up does more to prevent heat loss,” writes Ian Sample, PhD. “In fact, covering one part of the body has as much effect as covering any other. If the experiment had been performed with people wearing only swimming trunks, they would have lost no more than 10% of their body heat through their heads.”

That’s right, fish is good for the brain, but possibly not for the reason you think. A 2014 study linked “weekly consumption of baked or broiled fish” with “larger gray matter volumes in areas of the brain responsible for memory and cognition, including areas where amyloid plaques, a sign of Alzheimer’s disease, first appear.” Interestingly, the results were the same regardless of omega-3 levels.

That’s good news if you’ve grown tired of being bombarded with supplements, each one telling you it’s the cure to this or that or the way to a better life. “Physical activity, weight control, and so on—these factors influence the brain more than any supplement or any medicine,” says Dr. Cyrus A. Raji, the study’s lead author. “It’s much more in our control than we thought.”

“Starve a fever, feed a cold.”

“Right, because it’s actually ‘Starve a cold, feed a fever,’” you might be saying to your computer screen right now. The simple answer is that neither ordering of words is correct, and you can just forget about learning a mnemonic device for treating colds.

“Always feed both colds and fevers,” says Dr. Jon S. Abramson. “Patients should eat chicken soup, juice, anything with calories. Most importantly, I want my patients to drink lots of liquids. Dehydration is our key concern when dealing with sicknesses, especially in children, and especially with fevers.”

That doesn't mean that food is the cure. It just means that starvation is a bad idea no matter what state your health is in. “However, we shouldn't be fixated on ‘feeding a cold,’ either,” Dr. Sharon Horesh Bergquist. “You should never force-feed a cold but rather eat when you're hungry.” So don’t worry if you lose your appetite when you’re sick: just keep drinking fluids to stay hydrated and eat when those hunger pangs kick in. “Hydrating is much more important for fevers and colds. You should be consuming electrolytes, especially if you have a fever, but you can get those through liquids like sports drinks.”

Gentlemen, it’s sad but true: those long soaks in the hot tub you’ve been taking after a long day’s hard work might actually be turning you impotent. In a three-year study, researchers concluded that “wet heat” kills sperm. Test subjects were chosen from fertility clinic goers. “Sperm counts in five of 11 men with fertility problems soared by 491% after they stopped having baths or using the hot tub for a few months.”

Dr Allan Pacey of the University of Sheffield added that while more research still needs to be conducted, there’s enough evidence for you to change your habits. “It would do no harm for men who are concerned about their fertility to take a shower instead of a bath.”

“The kids are hyper because of all that sugar you let them eat.”

This myth has been officially debunked since at least 1982 when the National Institute of Health announced there was no scientifically proven link between sugar and hyperactivity. A University of Iowa study split preschoolers into two groups: children who were “reportedly sensitive to sugar,” and children who were not. Researchers fed the children sucrose and aspartame/saccharin, tested for hyperactivity, and found no significant changes in behavior. he was unable to find any significant differences in the children’s conduct. Other studies have reached similar conclusions.

Still, parents will continue to see what they want to see. A University of Kentucky study found “removing and adding food additives in children’s diets provoked reported links to hyperactivity from parents although objective clinical tests proved otherwise.” It could in part be mistaking correlation with causation. “Kids tend to eat gobs of sugar at parties, where they'd go wild anyway,” says Mark Wolraich, MD.

“Out of cough syrup? Use honey instead.”

This sounds almost too good to be true—“spoonful of sugar” remedy but without the medicine. But a 2007 study of 105 children found that honey compared favorably with dextromethorphan, the active ingredient in most over-the-counter cough medicines. The study concluded, “Honey may be a preferable treatment for the cough and sleep difficulty associated with childhood upper respiratory tract infection.”

How many summer afternoons did you spend as a child sitting by the pool, watching the clock for the half hour mark when you could jump back in? Time sadly wasted.

“While it's true that the digestive process does divert the circulation of the blood toward the gut and to a certain extent, away from the muscles, the fact is that an episode of drowning caused by swimming on a full stomach has never been documented,” writes Melissa Conrad Stöppler, MD. “As with any exercise after eating, swimming right after a big meal might be uncomfortable, but it won't cause you to drown.”

Too ridiculous to be true? Researchers at Johns Hopkins Hospital in Baltimore thought the same thing when they set out to disprove it. However, after a survey, they found that 82 percent of pregnant women complaining of heartburn delivered babies with full heads of hair, while the majority of women without heartburn had bald babies.

“Other studies have shown that in pregnant women, high levels of estrogen and other hormones can relax the sphincter at the bottom of the esophagus, causing heartburn,” writes Anahad O’Connor for the New York Times. “The same hormones, other studies show, can influence fetal hair growth.

“Pee on that jellyfish sting to kill the pain!”

Thanks to movies and television—including an episode of Friends in which Joey swears he saw it “on the Discovery Channel”—this bizarre belief has been widely accepted as one of those “strange but true” facts of life. The belief is so prevalent that the British Red Cross itself had to issue a mass correction in 2011.

“If people get stung, they need to get out of the water to avoid getting stung again. Once out, slowly pouring seawater over the sting will help ease the pain,” warned Joe Mulligan, head of first aid at the British Red Cross. “Doing the same thing with vinegar can be even more effective as the acid helps neutralise the jellyfish sting. But unless you’re near a chip shop, seawater will probably be easier to find.”

It’s not that your urine will make things worse, but it certainly won’t help. And do you really want to add that story to your list of things you did during your summer break?

“Eat your carrots to improve your eyesight.”

In World War II, flying ace John “Cats’ Eyes” Cunningham said his excellent night vision was all thanks to a steady diet of carrots. British propaganda started pushing civilians to eat carrots to better deal with power shortages, and children everywhere have been getting the same push ever since.

While carrots aren’t about to make a blind man see or correct even minor problems, they are important as a preventative. Carrots are packed with vitamin A and lutein. Vitamin A deficiency is a leading cause of blindness and also contributes to cataracts, macular degeneration, and xerophthalmia, and lutein increases the density of eye pigment protecting against macular degeneration.

Don’t tell your kids that carrots will give them supervision, but keeping their vision as good as it is can be super enough.

This course will help those who are responsible for bud . . .
Tweet
Older Posts Newer Posts