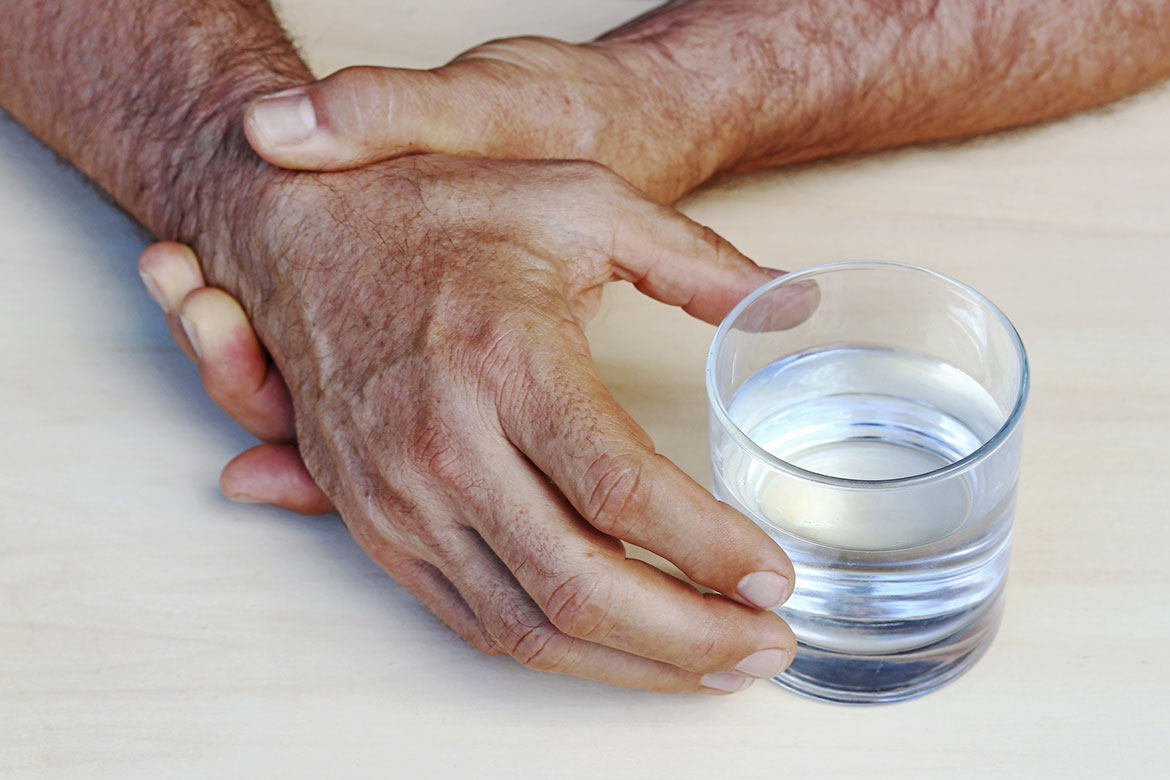 Parkinson’s disease is a neurodegenerative disease that primarily affects the part of your brain that’s responsible for movement, according to the Parkinson’s Foundation. People living with this disease have a deficiency of dopamine, a brain chemical that aids in controlling your body’s movement.

With April being Parkinson’s Awareness Month, it’s good to know the symptoms, potential causes, and risks that are associated with this debilitating disease in order to better help yourself and your loved ones.

Care of the Patient with Cerebral Palsy

The signs and symptoms for Parkinson’s disease can be different for everyone, according to Mayo Clinic studies. Symptoms tend to start gradually, such as a barely noticeable tremor in one of your hands. Although tremors are a common sign of the disease, it also commonly causes your body to have stiffness or make your body move more slowly. Parkinson's signs and symptoms may include: 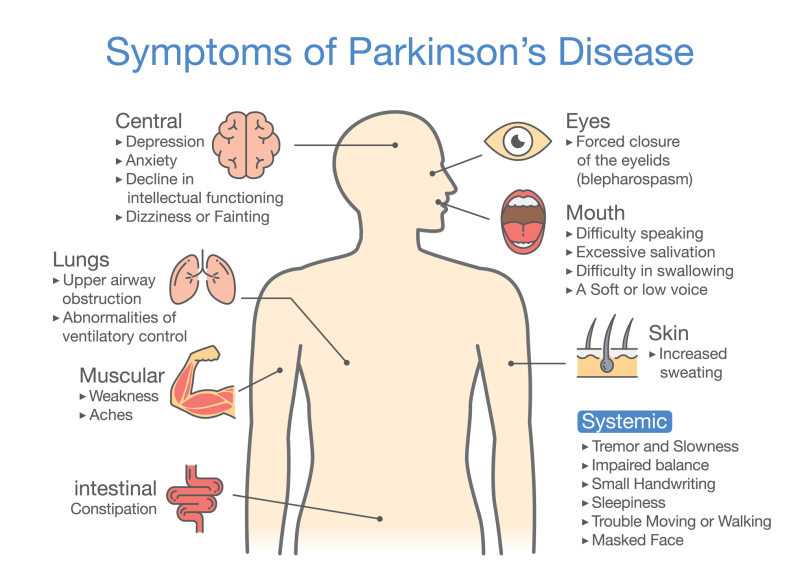 When living with Parkinson’s disease, you may notice that your symptoms worsen as your condition progresses over time, which unfortunately, is not uncommon.

It’s important to note that you should go see your doctor if you or your loved one have experienced any of the symptoms relating to Parkinson’s disease described above. Discovering the disease in its early stage – although very difficult to do – can benefit you in the long run.

While there could be several unknown factors linked to the direct cause of Parkinson’s disease, there are still some aspects that appear to play a role in its development.

The way the disease works is that certain nerve cells in the brain gradually break down or die. The symptoms of Parkinson’s disease reflect a loss of neurons that produce a chemical messenger in your brain called dopamine. As the dopamine levels decrease, it causes abnormal activity in your brain, which eventually leads to the symptoms of the disease. Here’s a few different factors that play a role in the disease’s development: 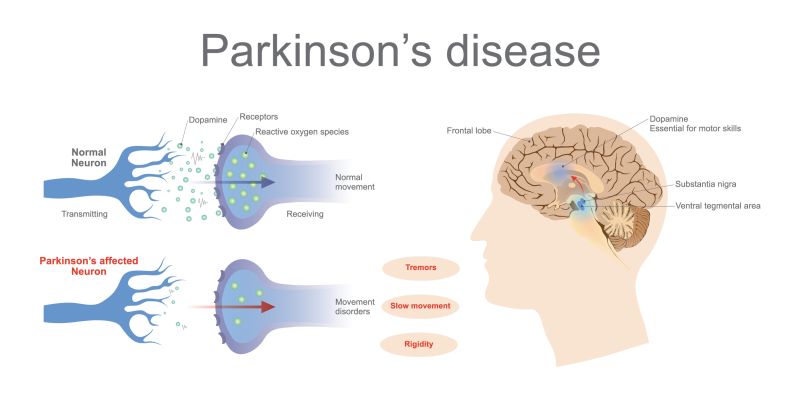 It’s also important to note that overtime researchers have discovered several changes begin to develop in the brain of someone diagnosed with Parkinson’s disease. Still, it’s unclear why these changes occur and what they specifically mean in the development of the disease. These changes include:

According to Mayo Clinic studies, the alpha-synuclein clumps that are found within the Lewy bodies have become a huge breakthrough in research that’s associated with Parkinson’s disease.

Scientists are continually working to better understand the broad range of risks associated with Parkinson’s disease. Some risk factors include:

According the Parkinson’s Foundation, roughly 60,000 Americans alone are diagnosed with Parkinson’s disease every year, and there’s more than 10 million people living worldwide with this disease.

With little being known about Parkinson’s disease, there’s no “one way” to diagnose it. However, there are many symptoms the doctor can spot and there are certain diagnostic tests that can be done to determine if someone has the disease.

Often times, an internist or family physician first makes a Parkinson’s diagnosis. Then that patient may seek an additional opinion from a neurologist with experience in assessing Parkinson’s disease. These neurologists are often referred to as movement disorder specialists.

Once someone is diagnosed with Parkinson’s disease, they will go through a treatment plan that is specifically based on his or her symptoms since there is no standard treatment of care for the disease.

Treatments range from taking specific medications to having surgical therapy. Other treatments may require lifestyle modifications, such as getting more rest, eating healthier and exercising more often.

While many medications are available to treat the disease’s symptoms, there is no reverse effects on the disease itself. People living with Parkinson’s disease typically take a variety of medication, which are all different according to that specific person’s needs.

It’s important for someone living with Parkinson’s disease to keep track of his or her medications, as well as understand the concept of what the medication provides. Maintaining and sticking to a schedule of taking your medications will provide the greatest benefit and help you avoid making the mistake of missing a dose or two.

While living with Parkinson’s disease can be challenging at times, it’s important to remember that there are certain things you can do to increase your overall well-being. From finding new diets that could impact your health to taking care of your emotional well-being, all of these could make an impact on your life while living with the disease.

Care of the Patient with Cerebral Palsy