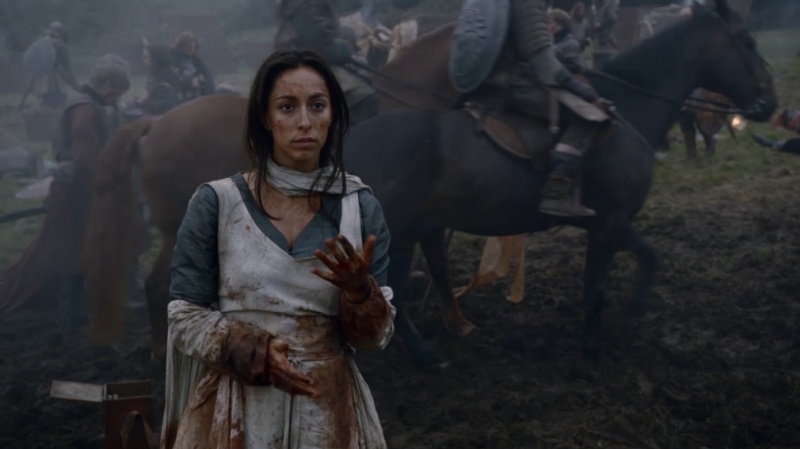 If you’re a part of the 30 million people that watch HBO’s Game of Thrones, it’s likely that you’re patiently waiting for the beginning of the final season to air. If you haven’t seen the show before, we must warn you now: this blog contains spoilers to some of the pivotal moments in previous seasons.

Throughout the show of Game of Thrones (GOT), it’s not uncommon for the key characters to get badly hurt or injured in battle, or through other unfortunate circumstances, and to go through a healing and recovery process.

Although pulmonary complications are a common and well- . . .

The goal of this continuing education course is to enab . . .

While the majority of the nurses in GOT are “sisters,” one of them was a battlefield nurse: Talisa Maesyr Stark. Talisa appears in Seasons 2 and 3 as healer on the battlefields of the Westerlands, where she meets Robb Stark, King of the North, and falls in love with him.

When she was a young girl, she was taking care of her little brother when all of a sudden, he went missing. Talisa finds him face down floating in the water, and she and a friend pull him ashore. A slave sees the boy and runs over to start doing chest compressions and eventually revives him. Talisa was inspired by this act of bravery and decides that she would obtain medical training and swore to never live in a place where slavery was legal again.

In one of her battlefield scenes in Season 2, Talisa tends to a wounded Lannister soldier after the Battle of Oxcross, where she finds that his foot needs to be amputated. King Robb Stark helps her by holding the man down and giving him a gag to bite on. Robb mentions near the end of the scene that the soldier was lucky to have her there. 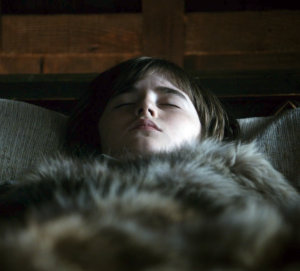 Brandon (Bran) Stark, who is the second son of Lord Eddard Stark and Lady Catelyn Tully, was a young boy when he climbed up a tower to feed some crows and witnessed Queen Cersei Lannister and her brother, Jaime, having an affair through a window. Jaime rushes to the window and pushes Bran out of the window, intending to kill him and keep the love affair a secret. However, Bran survives the fall and enters into a coma. 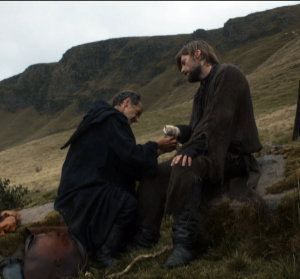 While Jamie Lannister (the "Kinglsayer"), brother to Queen Cersei Lannister, is being held captive in exchange for the Stark daughters’ freedom, he manages to get free for a moment, grabs a sword, and challenges Brienne of Tarth to a duel. This prompts the interest of some nearby men who are part of Roose Bolton’s bannermen and one of them named Locke cuts off Jaime’s right hand. 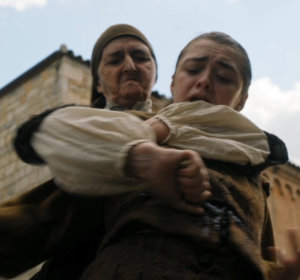 Arya Stark, one of the daughters of Lord Eddard Stark, is found wondering through the town of Braavos when she is suddenly stabbed in the gut by a character called the Waif, who is an helper of the Faceless Men serving in the House of Black and White. The Waif, at the time of the stabbing, was disguised as an old, feeble woman. Arya manages to escape and is found by Lady Crane, who then takes Arya to her home and heals her. 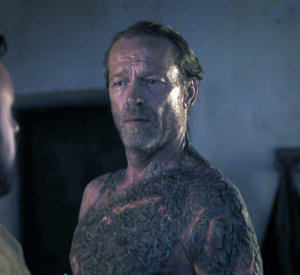 In Season 5, Jorah Mormont, who is mostly known for protecting Queen Daenerys Targaryen, contracts Greyscale, a mostly fatal disease that leaves your skin cracked, dead, and stone-like to touch. Tyrion Lannister and Jorah were sailing through Valyria when they were ambushed by the stone men. As Jorah fights them off, Tyrion is pulled into the water. Jorah eventually saves Tyrion and pulls him ashore. However, Jorah was touched on the wrist by one the stone men, which left him infected with the disease. 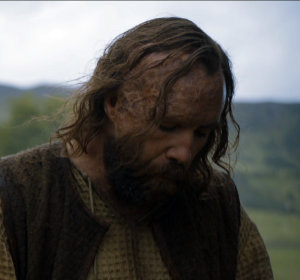 While facing off in a duel against Brienne of Tarth, Sandor Clegane (The Hound) is badly injured as his ear is bitten off by Brienne and she sends him rolling down a cliff, breaking several bones, including one that ends up protruding from his leg. The scene ends with the Hound lying in the mud, crippled by the fall and leaves the audience wondering if he will survive.

Leading Cause of Death in GOT

Now that we’ve spent a good deal of time talking about key character injuries, wouldn’t you like to know the leading cause of death in Game of Thrones?

After documenting every character death from the first seven seasons, researchers found that 56.4 percent of them were key characters and their deaths were classified as “injuries.” The most common of these “injuries” being wounds to the “head and neck region,” and the second most common injury being burns and poisonings.

If you don’t think you’re ready to survive in the Game of Thrones just yet, that’s fine with us because we feel our rate of survival is higher in the real world as well. Plus, having hospitals with professionally trained and certified doctors and nurses is an added bonus.

Speaking of real life, Emilia Clarke, who plays one of the lead character roles in Game of Thrones as Queen Daenerys Targaryen, was announced recently as Nursing Now’s first ever Ambassador of Nursing. Nursing Now is an international organization that is run in collaboration with the International Council of Nurses and the World Health Organization.

In an announcement with Nursing Now, Clarke wrote:

"I am privileged to be asked to join Nursing Now’s global movement by becoming their Ambassador and help them empower nurses to lead, to learn and to strengthen the profession around the world. I believe strongly in the need to raise the profile and status of nursing to help improve health globally."

"I know from personal experiences, and my work with the Royal College of Nursing (RCN), that nurses are the backbone of healthcare services. However, they are undervalued and with policy change could achieve so much more in prevention and healing."

"Nursing Now aims to enable nurses to work to their full potential and have an even greater impact on health. Worldwide, this means investing in nurses so they can take on leadership positions in clinics and in primary and community care. They should also be empowered to play a greater role in prevention, promotion and health literacy and increase the provision of midwifery, child and adolescent services. In addition, very close to my heart, is their goal to increase the numbers of advanced level practitioner nurses to help recovery inside and outside hospitals."

As an Ambassador of Nursing, Clarke will represent the organization that works to bring awareness of all the hard work and dedication that nurses around the world contribute to our society each day. 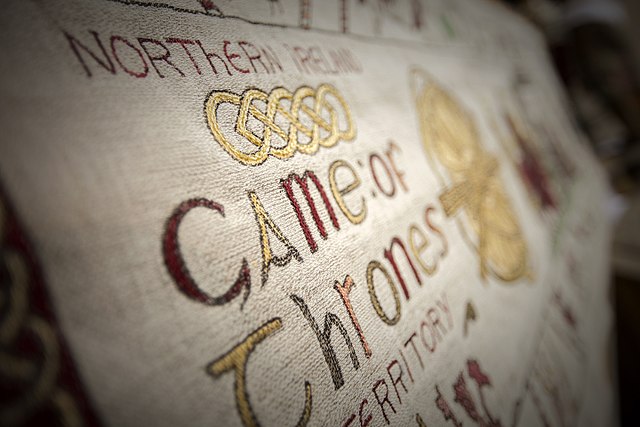 Game of Thrones presented by: HBO.com

Although pulmonary complications are a common and well- . . .

The goal of this continuing education course is to enab . . .
Tweet
Older Posts Newer Posts