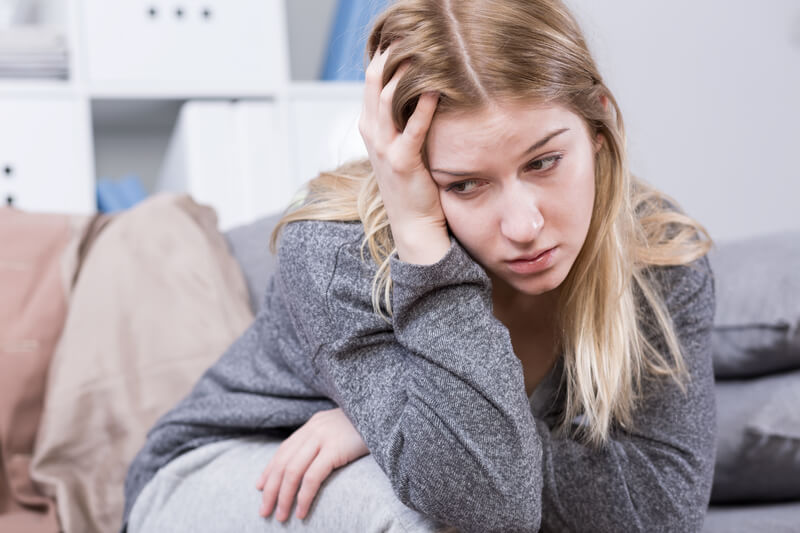 Becky had built a successful career by the time she and her husband decided to become parents. At age 33, she got pregnant without any trouble and had an ordinary, healthy pregnancy. She gave birth to a baby girl without any complications and started breastfeeding successfully right away. Everything seemed great for a while—until it wasn't.

A month or so into her new life, she started feeling different. She was angry, sad, anxious, and overwhelmingly tired. She had trouble thinking clearly. It was more than just “the baby blues,” so at her six-week checkup, she mentioned how she was feeling. Her healthcare provider diagnosed her with postpartum depression and prescribed an antidepressant.

The Wonder Years-Working with Adolescents

At the very least, postpartum disorders interfere with a mother's ability to care for herself and her child. At the most severe, they're life-threatening. With one in nine women experiencing postpartum depression, it's vital that healthcare providers understand postpartum depression and other disorders. Doctors need to know why they happen and learn to recognize symptoms so they can offer help and support to their patients.

What are postpartum disorders?

Having a baby is an emotional event. After the anticipation leading up to the birth, meeting your child for the first time is an incredible experience. After that, there's the stress of caring for a new baby, hormonal and physical changes, and no sleep. Most new moms experience some major highs and lows, so it’s imperative that healthcare providers understand what they are and when they're serious.

Many moms experience what's called “the baby blues”—up to 80 percent, in fact. Moms who have the baby blues often experience sadness, crying spells, and difficulty sleeping. A new mom might find herself sitting alone in the bathroom crying for no apparent reason. These feelings can start two to three days after delivery—just in time for mom to be home from the hospital. The baby blues don't last long and often go away on their own.

Unlike with the baby blues, women who experience postpartum depression and anxiety usually need professional help. Women with PPA and PPD have intense and longer-lasting feelings of depression and anxiety. These feelings sometimes include suicidal thoughts. In fact, suicide is the leading cause of maternal death for up to a year after delivery. Even if a mother isn't suicidal, feelings associated with PPA and PPD may hinder her ability to care for her baby or herself. Symptoms can begin between a week and a month after delivery, though they can start anytime, such as during pregnancy or within a year of having a baby.

Postpartum psychosis, often thought of as the worst postpartum disorder, is relatively rare. A woman experiencing postpartum psychosis will experience symptoms such as paranoia or delusions. In a case documented by the National Institute of Mental Health, a 27-year-old mother started experiencing postpartum psychosis symptoms two days after an uncomplicated delivery of a planned pregnancy. She suspected her husband of poisoning her food, believed horses were galloping through her house, and heard voices telling her to take her infant and jump in front of a train. Fortunately, her husband took her to the ER and she received help.

Postpartum psychosis occurs in one to two out of 1,000 women within the first four weeks after delivery. When a mother develops postpartum psychosis, it's critical for healthcare providers to identify her disorder and treat her.

Are there risk factors?

When someone admits they have postpartum depression, inevitably someone they know—sometimes even a well-meaning healthcare provider—will say, "You have a beautiful baby! How could you be sad/angry/anxious/suicidal?" But having an otherwise happy life, a successful career, or a perfect baby doesn't preclude a woman from having postpartum depression, anxiety, or psychosis.

So what causes these disorders in moms? There's no definitive cause yet, but research has identified some factors that may put a woman at greater risk.

Though there are some recognized risk factors, these don't always apply. Postpartum depression can impact any mother, regardless of who she is, what's happening in her life, or her medical history.

What are the signs of postpartum disorders?

Symptoms of postpartum disorders are broad and can vary widely from person to person. But in every case, a woman who has any of these serious signs should see her healthcare provider for an evaluation as soon as possible.

These symptoms might be mild or severe. However, they usually don't last longer than a week or two after birth.

Experiencing the baby blues isn't uncommon—most women do. These symptoms go away on their own.

Many women suffering from PPD or PPA will have some of these symptoms:

Symptoms of postpartum depression and anxiety interfere with a woman's ability to care for herself and her baby and can last for months or longer.

A woman suffering from postpartum psychosis needs help immediately. Her life and her child's life may be at risk.

The symptoms of the baby blues, postpartum depression, postpartum anxiety, and postpartum psychosis aren't much different. But they differ in severity and timeline of symptoms. A woman suffering from anything more severe and longer-lasting than the baby blues needs help from her healthcare provider.

Do I have a postpartum disorder?

Many healthcare providers offer a 10-question quiz at a woman's six-week postpartum checkup. Called the Edinburgh Postnatal Depression Scale, it gives real insight into whether a woman is suffering from a severe postpartum disorder.

Please select the answer that comes closest to how you have felt in the past seven days:

1. I have been able to laugh and see the funny side of things.

a. As much as I always could

b. Not quite so much now

c. Definitely not so much now

2. I have looked forward with enjoyment to things.

a. As much as I ever did

b. Rather less than I used to

c. Definitely less than I used to

d. Hardly at all

3. I have blamed myself unnecessarily when things went wrong.

b. Yes, some of the time

4. I have been anxious or worried for no good reason.

5. I have felt scared or panicky for no very good reason.

6. Things have been getting on top of me.

a. Yes, most of the time I haven't been able to cope at all

b. Yes, sometimes I haven't been coping as well as usual

c. No, most of the time I have coped quite well

d. No, I have been coping as well as ever

7. I have been so unhappy that I have had difficulty sleeping.

8. I have felt sad or miserable.

b. Yes, quite often

10. The thought of harming myself has occurred to me.

a. Yes, quite often

This quiz is an effective and efficient way to determine whether a woman has symptoms or is at risk for postpartum disorders.

Many mothers have trouble admitting there's something wrong, even with celebrities and others opening up about their struggles with postpartum depression. So it's important for healthcare providers to recognize postpartum disorders, and offer help and treatment. Therapy or medication—sometimes both—are effective ways to combat postpartum disorders.

If a woman doesn't seek medical treatment, symptoms of postpartum disorders can last months or years, and also affect the baby. Therapy and/or medication will effectively treat these diseases until the woman is no longer at risk.

Mothers have important jobs, and they need all the help they can get. At the very least, postpartum depression, anxiety, and psychosis will interfere with a woman's ability to care for herself and her child. But they also can be life-threatening. One in nine women experience one of these disorders, and suicide is the leading cause of maternal death in the first year after giving birth. So understanding postpartum depression and other disorders, knowing why they happen, recognizing their symptoms, and offering help and treatment are vital for healthcare providers. We could all use a helping hand sometimes.

The Wonder Years-Working with Adolescents