PTSD in Nursing: Are You Experiencing On-the-job Trauma? 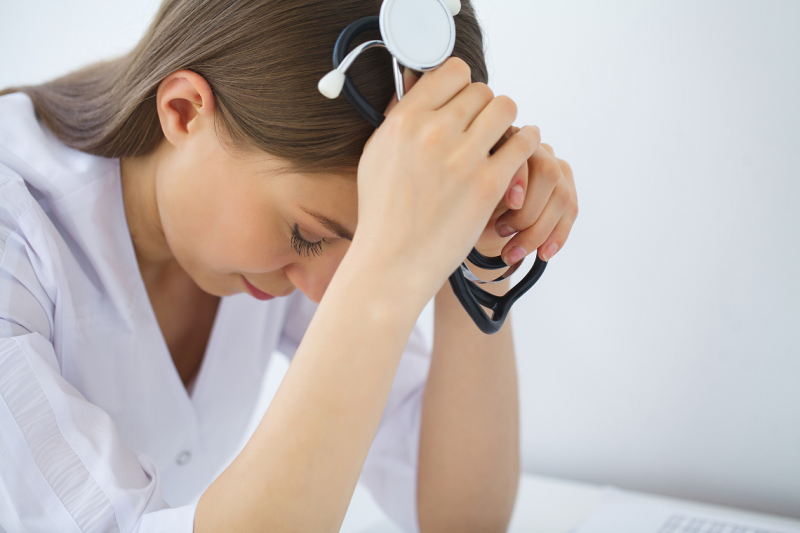 When thinking of someone being diagnosed with post-traumatic stress disorder (PTSD), you typically think of someone who served in the military and might have had a brush with death during combat. However, PTSD doesn’t discriminate against its victims and more people are living with it than you might think. In fact, about 8 million adults are diagnosed with the disorder every year.

So, what’s the major cause of this debilitating disorder? Post-traumatic stress disorder is a mental condition that’s triggered by experiencing or witnessing a terrifying, life-threating event.

For nurses, especially working in the critical care unit, experiencing or witnessing a traumatic event during a shift can be fairly common. In fact, a recent study showed that as many as 48 percent of nurses working in a critical care transplant unit met the criteria for symptoms of PTSD.

Typically, nurses work in a high-stress environment where you may encounter several traumatic events throughout your lifetime. As a nurse, you may be a witness to someone dying or being on the verge of dying. You may even end up having end-of-life discussions with patients, which can be depressing and stressful for anyone. Nurses also have to deal with being verbally and, sometimes, physically abused by patients and/or visiting family members.

After experiencing a traumatic, life-threatening situation, the signs and symptoms of PTSD don’t always show up right away. It may be something that develops over time, so being able to recognize and acknowledge it can be crucial to seeking the help that you need. 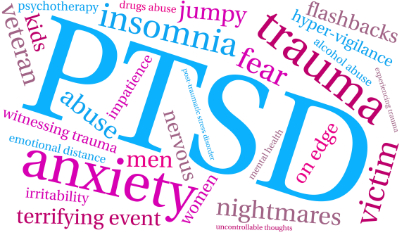 Post-traumatic stress disorder occurs after you’ve been through a traumatic event. Mostly, symptoms include flashbacks, nightmares and severe anxiety, as well as uncontrollable thoughts about the event.

After witnessing or experiencing a traumatic event, you may have difficulty adjusting and coping with life around you. And as with most things, time and good self-care can help in improving your day-to-day functions. However, if symptoms continue to get worse and last for long periods of time, you may have PTSD and will need to seek professional help.

As mentioned before, PTSD symptoms can vary in intensity overtime and may not happen right away after the traumatic event has occurred. Symptoms of the disorder may become apparent when someone encounters a highly stressful situation and can’t handle it or if they come across something that reminds them of the event. For example, if you were involved in a terrifying car accident and pass another accident on the road later in life, you might start reliving your past car crash experience.

So, when should you see a doctor if you think you might be having symptoms of PTSD? If you continue to have disturbing thoughts and feelings about the event for more than a month, if they’re severe, or if it’s interfering with your daily routine, you should talk to your doctor or a mental health professional who can give you the right type of treatment.

Impact on the Work Environment

Not only is PTSD a hugely negative contributing factor to the nursing profession, but for those also suffering from “burnout”, the impact is even greater.

Burnout refers to when someone becomes physically or emotionally exhausted and typically loses a sense of accomplishment and loss of personal identity. Although it isn’t an official medical diagnosis, researchers believe that other conditions, such as depression and PTSD, might be connected with it.

According to a 2012 study in the American Journal of Medical Quality, high rates of burnout and PTSD in the nursing industry have increased the chances of nurse turnover, which depending on where you live, can range from 13 to 21 percent. According to the same stud, a continued shortage of nurses throughout the industry are also expected to be prevalent in the south and west regions of the country for an additional ten years from now.

When someone is experiencing PTSD at work, it can negatively impact the entire healthcare team. When suffering from PTSD or burnout, it’s common for someone to call out sick and, generally, have more absences from work. This could result in having a lack of help in one department and forces other coworkers to pick up the slack. Symptoms of PTSD can also interfere with professional relationships and could impede on the overall positivity of the work environment.

A few things that could be worked on together as a team of professionals is to make sure everyone is receiving the proper training before responding to a traumatic event at work. And after the event is over, as a team, conduct a quick meeting or small debriefing to go over the event that happened in order to help staff members cope and understand the situation thoroughly.

As a manager in the nursing profession, it’s important to make sure that all your staff is accounted for and educated on identifying signs and symptoms of PTSD. Whether it’s with coworkers around you or your patients, knowing the correct way to respond and react to someone who needs this kind of help is imperative.

If you or someone you know might be displaying symptoms or signs of PTSD, it’s important to seek help right away as the sooner PTSD is treated, the easier it is to overcome. When looking for help, try to find a mental health professional who specializes in the treatment of trauma and PTSD. Don’t be afraid to ask your primary doctor or other trauma survivors for a referral to someone who might be able to help. You could also call a local mental health clinic, a psychiatric hospital or a counseling center. 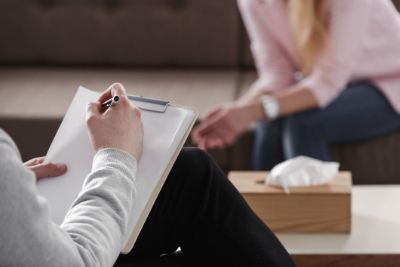 While searching for professional help, it’s also important to find a therapist who makes you feel comfortable and safe. Remember, it’s always a good call to trust your gut. In order to get the most of your therapy session and to recover from the disorder, you’ll have to be able to feel comfortable around them and let them know what’s troubling you.

So next time, after experiencing a traumatic event on the job, make sure you cope with it in a way that’s good for your overall well-being. Your patients need you, and they need you to be both physically and mentally healthy.