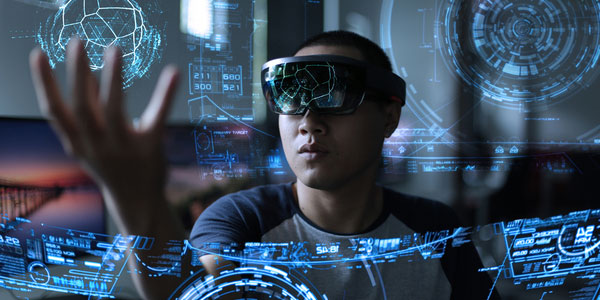 The way in which science fiction has influenced medicine is truly out of this world. From Frankenstein to The Fifth Element, medical technology and procedures have been pushed into actual practice. We will explore how these imaginative, sometimes crazy ideas have now been incorporated into everyday medicine.

This course will provide an overview of the clinical as . . .

Mary Shelley’s science fiction novel Frankenstein was published 200 years ago this year. The use of electricity to resurrect the pieced together body parts, compiled of various corpse sections, is still a creative exploration of the human imagination.  But one concept from the novel became a shocking revelation.

Although the knowledge that electrical shocks could make muscles twitch, referred to as galvanism, was already known in the scientific community when the book Frankenstein was released, the actualization of using electricity to bring back life, was not yet consummated.

In 1803, a physics professor from Bologna, Giovanni Aldini, advanced his research of electricity on the human body. He performed tests on the recently hanged body of convicted murderer, George Forster. Aldini connected wires from a battery to the side of Forster’s head, which caused the face muscles to move, jaw quiver and left eye to open. Aldini then opened Forster’s chest, cracked the ribs and gave an electric shock directly to the heart, attempting to restart the heart muscles. Aldini was unsuccessful in this attempt.

Defibrillators were first demonstrated in 1899, when two physiologists from the University of Geneva, Switzerland, Jean-Louis Prevost and Frederic Batelli, discovered that small electrical shocks could induce ventricular fibrillation in dogs.

In 1961, Dr. Bernard Lown proved that specific direct current (DC) waveform can consistently reverse ventricular fibrillation. This discovery could restore a normal heart beat without injuring the heart or skeletal muscles. The DC defibrillator provided a new approach for the resuscitation of patients.

Virtual reality tools have been developed which allow a doctor to actually practice procedures consequence-free. Allowing them to detect potential issues before actual surgery on their patients. Tests show that virtually trained doctors were six times less likely to make a mistake during a gallbladder dissection and performed the procedure 29% faster than the standard trained doctors.

In Star Wars, The Empire Strikes Back,  Luke Skywalker was treated to a dunk in a tank full of a gel called Bacta. The gel fluid could accelerate healing and treat major injuries. Skywalker was placed in the Bacta tank after being attacked and severely injured by a wampa ice creature on the frigid planet of Hoth. The Bacta tank allowed him to quickly recover from his severe burns.

Although we currently do not have a magical gel filled tank that is capable of treating several different wound scenarios with one dunk, we do already have several products moving us closer to our own version of Bacta.

In 2006 the medical research charity The Restoration of Appearance and Function Trust (RAFT) developed Smart Matrix. Smart Matrix is a product designed to treat large, chronic and complex wounds without the use of a skin graft. As described by Smart Matrix LTD “it is designed to assist the body’s natural healing process by providing a framework for new blood vessels and skin cells to migrate into the wound, allowing the skin to regenerate, achieving wound closure without the need for a skin graft”. As of October 2018, clinical trials are underway to obtain full regulatory approval for use of Smart Matrix to heal surgical excision wounds.

In 2017, the FDA approved the use of a gel called Chitogel. This gel stops bleeding within minutes. It was created by Otago University professor Brian Robinson and University of Adelaide professor and sinus surgeon Peter-John Wormwald. It is made with ingredients from shrimp shells and designed to “significantly reduce ostial stenosis, reduce adhesions and act as an adjunct to aid in the natural healing process”.

In the 2013 science fiction movie Elysium, Max (played by actor Matt Damon) was exposed to a lethal amount of radiation which increases his urgency to reach Elysium, where they have a medical chamber (Med-bay) that is capable of healing any disease and would save his life. In order for him to reach Elysium, he allows himself to be attached to an exoskeleton that augments his strength and speed, even though his body is becoming weaker from his illness.

This technology is actually very close to our current reality. “In fact, parts of the exoskeleton used for the movie was modeled after the HULC, or Human Universal Load Carrier, designed for military use by Ekso Bionics and Lockheed Martin” as noted by the Washington Post in August of 2013.

The HULC is made up of leg and back braces. It allows the wearer to haul loads in excess of 200 pounds and disburses the extra weight directly thru its supports into the ground. Additionally, it has motors located at the knee and hip areas and scanners that monitor the wearer’s movements to maintain smooth transitions, reducing the risk of harm to the user.

In 2014, the Food and Drug Administration approved a robotic device called ReWalk. As described by USF Health “This device assists individuals with lower body paralysis from a spinal cord injury. The motorized brace is fitted to support both legs and a portion of the upper body and uses motors to power movement at the hips, knees and ankles. ReWalk also includes a backpack with a computer and power supply.” This device will allow paralyzed individuals to sit, stand and walk with assistance.

In 2018, researchers at the Johns Hopkins University developed an artificial limb with the capacity to feel pressure and pain. Thru the use of electronic skin the team placed the fabric-and-rubber sheathed skin, that is laced with sensors, to the fingertips of a prosthetic hand. The tiny devices translate sensations into electronic signals, sending them across a set of wires to the appropriate location in what remains of the user's’ limbs.

In the 1997 filmThe Fifth Element, Leeloo (played by the actress Milla Jovovich) was reconstructed into the “perfect being” from a scrap of DNA.The genetic information found in the only recoverable living cell remaining after the Mondoshawans’ aircraft was destroyed, was used together with a human 3D printer, to recreate Leeloo, the fifth element.

We are definitely very far from being able to recreate an entire living being from only a sample of DNA, but science is making great strides in creating small portions of the human anatomy. Here are a few examples:

Recently discussed in a Readers Digest 2018 article exploring how 3D printers are making human body parts, “bioprinting originated in the early 2000s, when it was discovered that living cells could be sprayed through the nozzles of inkjet printers without being damaged”. Now it is possible to combine different cell types and polymers to produce anything from bones to living, functional ears.

The fascination of merging our imagination with science has always been a a driving force for new innovation and discovery. What big screen adventure will be our next great science fiction dream turned reality?

This course will provide an overview of the clinical as . . .