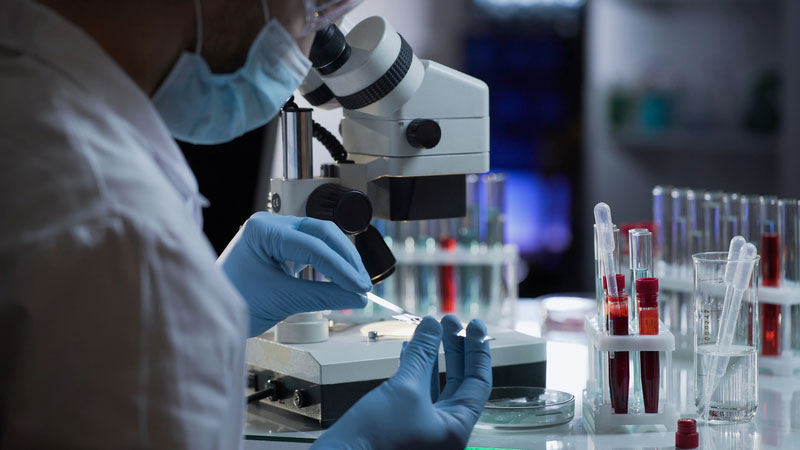 In September of 2017 scientist engineered an antibody that attacks 99% of HIV strains. With this discovery, the potential for preventing or suppressing the HIV infection is closer to becoming a reality. From the initial discovery to current scientific breakthroughs, we will explore how scientist are advancing towards the elimination of the HIV pandemic.

Nurses Are Key in HIV/AIDs Treatment

A lot has changed since the HIV epidemic hit the United . . .

During the collaboration between the US National Institutes of Health and the pharmaceutical company Sanofi, Harvard Medical School, The Scripps Research Institute and the Massachusetts Institute of Technology, scientist created an tri-specific antibody that provides promising results in the fight against HIV.

The antibody was built to attack three critical parts of the HIV virus, making it harder for HIV to resist its effects.The three antibodies have been combined into a more powerful tri-specific antibody. As stated by Dr. Gary Nabel, these combined antibodies “are more potent and have greater breadth than any single naturally occurring antibody that’s been discovered”.

With the early testing being performed on 24 monkeys, the tri-specific antibody showed that none of the monkeys ever developed infection, when they were later injected with the HIV virus. With these promising results, human trials are to be started in 2018 to see if it can prevent or treat infections related to HIV.

The Path to Discovery:

HIV is hard to fight in the human body because of its ability to to mutate and change its appearance. The immune system ends up in a battle against an insurmountable number of strains of HIV.

It became noticeable when a small amount of patients, over several years of infection, began to developed powerful weapons called “broadly neutralising antibodies”. These antibodies have the ability to attack something fundamental to HIV and kill large groupings of HIV strains.

As explained in the Science magazine October 2017 article, “This tri-specific antibody uses two sites to bind HIV-infected cells, while the third site recruits killer T lymphocytes that can eliminate the virus”.

The hope is that with the use of the combined antibodies, the virus can be controlled and the antibodies could defeat HIV defenses. Additionally, these tri-specific antibodies may be applicable for treatment of diverse diseases, including infections, cancer and autoimmunity.

The Breakdown of HIV:

HIV stands for human immunodeficiency virus, which is the virus that causes the HIV infection. HIV attacks and destroys the infection fighting CD4 cells of the immune system. As noted in CEUFast.comAIDS/HIV course, “For most viruses, human bodies respond by quickly destroying the invader by means of the immune system. Unfortunately, it is the immune system itself that the HIV infection desires to invade and replicate in leading to a progression where the very source of protection against viruses becomes a cellular killing ground destroying the body’s defenses and giving birth to masses of new viral particles.”

Vaccines are created to prompt the body to produce antibodies which provide immunity against diseases. The problem with HIV, is that even though we have discovered some antibodies that can protect us against HIV infection, the virus is continually mutating and building defenses against these antibodies.

Small-molecule inhibitors have demonstrated promising antiviral affects against HIV.  However, as stated by the Journal of Pathogens, “despite the advancement of biological and chemical engineering technology, it remains a huge challenge to deliver a safe, stable, and functional molecule into the host system to completely eradicate the residing virus”.

Which leads us to antiviral antibodies. Antiviral antibodies, specifically broad neutralizing antibodies (bnAbs) have shown promising results against multiple strands of HIV in vitro and in animal studies. Antibody-based therapies have several advantages over the chemical-based treatments, most significantly to the area of patient safety.

It is becoming evident that the development of multispecific and tri-specific antibodies are needed to keep the multitude of HIV strands from becoming resistant viruses. The dynamics of the HIV virus replication and its rapid mutation rate requires antibodies to be used in combinations.

In July of 2018, the American Society for Microbiology, Journal of Virology released an article  which states “protection against acquiring HIV infection may not require a vaccine in the conventional sense, because broadly neutralizing antibodies alone prevent HIV infection in relevant animal challenge models”. Additionally, they clearly outline that the broadly neutralizing antibodies “can effectively suppress HIV replication in infected humans and in animal models”.  With such discoveries, we are now being presented with additional options to prevent or suppress the HIV infection.

Neutralizing HIV vaccines are now possible. The antibodies that can attack HIV, are able to do so by binding to proteins on the surface of the virus (known as an envelope protein). Now scientist must create a special envelope protein that can cause an efficient defense against HIV. With the tri-specific antibodies, this evolution of defense is now possible.

Nurses Are Key in HIV/AIDs Treatment

A lot has changed since the HIV epidemic hit the United . . .
Tweet
Older Posts Newer Posts