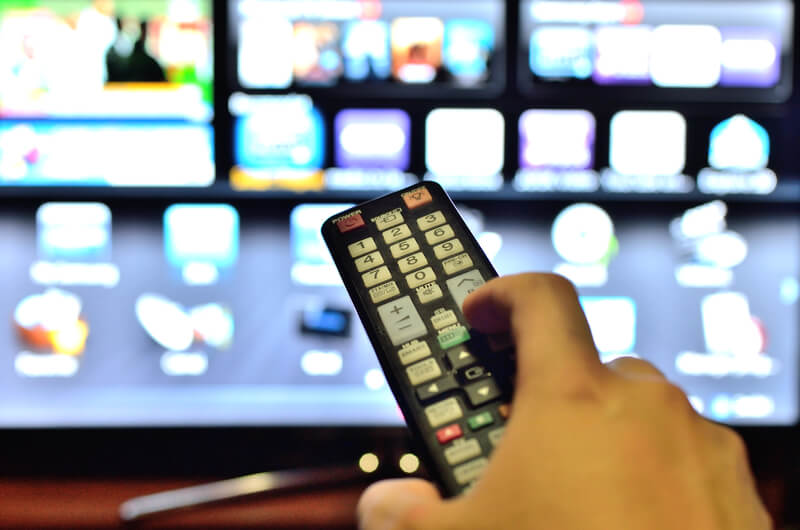 Hospitals, like courtrooms, are natural epicenters of drama and life-changing events. Is it any wonder then that we keep returning to them for entertainment? The doctors and nurses who walk the hallways of TV hospitals are written to live up to that larger-than-life image—even if it’s at the cost of accuracy and authenticity.

Please enjoy this list of our favorite medical practitioners to grace the small screen. Which are the worst? Which are the best? We’ll leave that distinction up to you.

Calling The Doctor Should Not Be This Hard

The purpose of this course is to enable healthcare prof . . .

So, You've Got a Doctor's Appointment You Say?

Even if you are the most dutiful of patients who schedu . . .

Let’s start with the bad boy of hospital dramas himself, Gregory House. The antisocial painkiller addict with a Sherlockian approach to medicine kept audiences coming back week after week to see what outrageous methods he’d employ next. House built a reputation as a doctor who played by nobody’s rules, not even those of biology and medical science. The website politedissent.com features an in-depth medical criticism of every single episode aired, ranking episodes on an A-to-F scale based on accuracy, with the majority of episodes falling in the C range. House’s worst infraction? Cracking open a man’s chest just to diagnose an aortic aneurysm.

Even on a show with as much dysfunction as The Simpson, Dr. Nick manages to stand out. Dr. Nick is the quintessential quack, complete with a medical degree from Hollywood Upstairs Medical College and the motto “You've tried the best, now try the rest!” He bounces around between lovably incompetent (advising Homer to focus on the “neglected food groups” like “Congealed” and “Chocotastic”) to dangerously incompetent (performing Homer’s triple bypass surgery while being instructed by a seven-year-old girl). But you can’t beat the enthusiasm of a guy who walks into every room with a smile, a greeting, and a blatant ignorance of his own failure. If you need his services, be sure to call 1-600-DOCTORB (“The B is for Bargain!”).

Balancing out the medical representation on The Simpsons is Dr. Hibbert. As the reverse of Dr. Nick, Hibbert is all medical competence, but at the expense of good bedside manners. When Marge accidentally cuts off Homer’s thumb, Hibbert refuses to reattach it, as it is not covered by the family’s finger insurance (“A thumb is not a finger”). His trademark laugh tends to turn up at inappropriate moments, and he has been known at times to break physician-patient confidentiality, joking about patients at dinner parties. Still, he’s time and time again proven himself as one of the only competent people in all of Springfield, so you may have to forgive the occasional foible.

It’s actually pronounced “sp?-chem-?n,” but nobody really seems to care, and “Spaceman” is the perfect name for a doctor who believes that “science is whatever we want it to be.” His practices are so questionable (such as prescribing crystal meth to a patient) that he is legally compelled to never us “Dr.” without quotation marks. You also want to stay away from a doctor who claims that “we have no way of knowing where the heart is” because “every human is different. It’s a little surprising that he was able to graduate from Ho Chi Minh City School of Medicine, but maybe he figured no one would investigate a foreign university just to confirm that he’s a quack.

Few nurses outside of a soap opera have died and come back as many time as Rory Williams, but that comes with the territory when your friend is a time-travelling alien being hunted by every hostile species in the universe. Space and time adventures notwithstanding, Rory made sure to carry medical supplies with him at all times, probably making him the single most prepared person aboard the Tardis. He’s also doubled as a Roman Centurion, which must have made keeping the Hippocratic Oath complicated. Unless he traveled to back before Hippocrates invented the Oath in the first place, in which case, is it still in effect? Or would Rory be the inventor of the Hippocratic Oath? The Roric Oath?

Dr. Fishman is one of the more surprisingly competent doctors to appear on a sitcom. His only failing is his extremely literal manner of speech. When the Bluth family first meets him, he’s delivering the news that hospital “lost” George Bluth Sr. When the Bluths find the hospital room empty, they realize that the old man had escaped the hospital, not joined the choir celestial. You would think that the family would wise up to Fishman’s eccentricity, but who could possibly think that referring to a patient as “all right” would mean he had lost his left hand?

What is it about jerks in white coats that wins us over so easily? Cox was abrasive and often downright mean spirited, criticizing and demeaning the show’s protagonists, always ready with an emasculating nickname or personal jab. But deep, deep, deep below the layers of snark and disillusion lay a fierce sense of right and wrong. Cox was always quick to point out unethical medical practices, such as when his colleague would only take patients she knew would survive so as to protect her perfect record.

As the lead in a 60s sitcom, Julia was a television trendsetter in several ways. She was the first African-American lead not written as a stereotypical stock character; she was a single, working mother; and she could deliver jokes without relying on a laugh track to cue the audience when to laugh (though the network eventually slapped a laugh track on her episodes in syndication). The role won actress Diahann Carroll an Emmy nomination.

Poor Bones. Isn’t it enough to put yourself through med school without being asked to fill in as an astrophysicist, a torpedo technician, and a bricklayer? No wonder he snapped at the captain so many times. The put-upon Dr. McCoy not only had to treat his human patients but also had to be ready for the dozens of different life forms encountered in the voyages of the Enterprise. In his autobiography, William Shatner remarks that actor DeForest Kelley’s greatest pleasure in his role was the number of fans who cited him as their inspiration for going into medicine.

Oh, Doogie Howser. You gave the world Neil Patrick Harris and not much else. Were it not for Harris’s current star power, would we even remember the show about the plucky 14-year-old surgeon that taught kids that they could be anything they wanted to be if they just put their minds to it and worked hard enough . . . Ok, so maybe the show did give us more than just the future Barney Stinson. There’s even the fan theory floating around online that a dishonored and disillusioned Doogie grew up, dyed his hair, and changed his name to Gregory House, so maybe it gave us Hugh Laurie as well?

Chris Robinson played Dr. Webber on General Hospital from 1978 until 1986, coming back from the dead at least once along the way (it was a soap opera, after all). But you might also remember him from one of his more iconic roles: selling Vicks Formula 44 cough syrup with the line, “I’m not a doctor, but I play one on TV.” Of course, Vicks replaced Robinson with Peter Bergman from All My Children after Robinson was convicted of tax evasion, but he was allowed to continue working on General Hospital. That’s the kind of not-a-real doctor you want looking after you: not even the law can keep him from practicing medicine.

The infamous “More Doctors Smoke Camel” ads of the 40s feel like a peek into a different world. Sure, we didn’t always know just how bad smoking was for you, but how could so many doctors endorse such a dirty product? Well, that’s not exactly what happened. According to the Stanford School of Medicine, the R.J. Reynolds Tobacco Company used less than respectable means to back up their marketing slogan. Camel “paid for surveys to be conducted during medical conventions using two survey methods: Doctors were gifted free packs of Camel cigarettes at tobacco company booths and . . . upon exiting the exhibit hall, were then immediately asked to indicate their favorite brand or were asked which cigarette they carried in their pocket.”

Named after a vaudevillian catcall, Hello Nurse could have been nothing more than the cliche dumb blonde that pops up too often for easy jokes. However, the show’s creators obviously thought much better of her. In a song devoted to her, she boasts an impressive list of qualifications and achievements, including an IQ of 157, “several PhDs,” fluency in Japanese, Pulitzer and Tony awards, ambassadorship to China, and a Nobel prize in physics. The song may be an exaggeration, but then again everything about Animaniacs was exaggerated, so the hyper-qualified young woman in her 20s fits right in.

Ok, so what if she’s only seven years old? So what if her only qualifications are a magic stethoscope, a plucky attitude, and boundless imagination? So what if she references The Big Book of Boo Boos instead of Gray’s Anatomy? If you can find a pediatrician who is better at keeping your children engaged and happy than Doc McStuffins, point us to the clinic.

Peyton has been a divisive character for audiences. On the one hand, she’s a good example of the important role nurses play in the lives of their patients, often butting heads with doctors over what is in the patient’s best interests. On the other hand, she isn’t the most ethically unquestionable character, either. Soon after the show’s premiere, the New York State Nurses Association criticized the show for painting a negative picture of nurses, pointing specifically to the pilot episode, in which Peyton sleeps with a pharmacist in exchange for prescription drugs. Audiences aren’t even sure whether they are supposed to treat the show as a comedy or as a drama; actress Edie Falco won the Primetime Emmy Award for Outstanding Lead Actress in a Comedy Series, and yet in her acceptance speech protested, “I’m not funny.”

We’ve already referenced the now defunct “I’m not a doctor” ads, but it might be time for Vicks to revive that campaign, especially now that they could update the slogan to “I’m a doctor, and I play one TV.” Before going into acting Ken Jeong received his MD at the University of North Carolina at Chapel Hill School of Medicine and completed his residency at Ochsner Medical Center in New Orleans. His breakout role was as the disinterested doctor in Knocked Up (2007), and he quit his practice to focus on acting full time. Now he’s returning to his roots in his sitcom Dr. Ken, as well as offering medical expertise and reviewing other TV hospitals in the occasional Youtube video.

Calling The Doctor Should Not Be This Hard

The purpose of this course is to enable healthcare prof . . .

So, You've Got a Doctor's Appointment You Say?

Even if you are the most dutiful of patients who schedu . . .

As a nurse, you know the ins and outs of a hospital bet . . .
Tweet
Older Posts Newer Posts