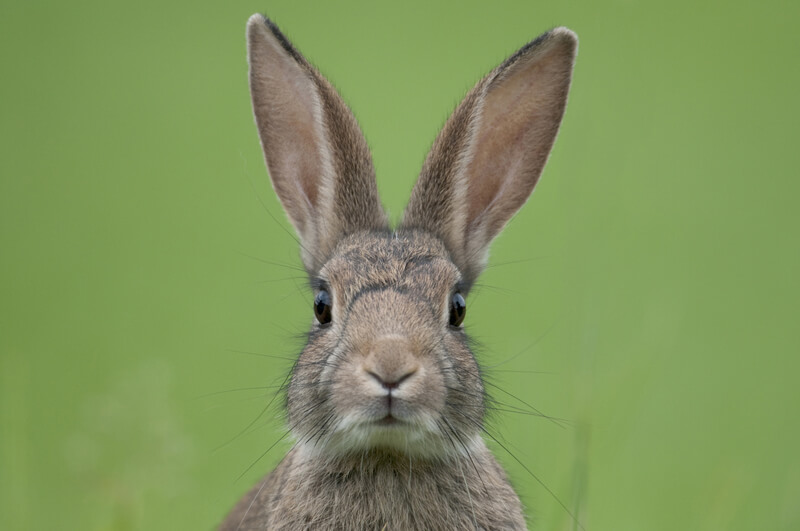 We’ve all fallen for a prank at one time or another. It’s okay to admit it; we’ve all been there for the rubber spider or cellophane under the toilet seat. But sometimes a hoax comes along and pulls the wool over a nation—or even the world. Maybe it’s for money, maybe it’s for laughs, or maybe it’s just to make sure that people are paying attention. Whatever their motivations, here are some hoaxes that have taken the medical world for a ride.

We all know that if you swallow your chewing gum, that . . .

The Rabbit Births of Mary Toft

There’s a lot of uncertainty when it comes to delivering a baby. Will the child be healthy? Will it have its father’s eyes or its mother’s nose? Will it come on time or too early? Whatever question is keeping you up at night, you’ve probably never had to worry about your baby’s species.

In 1726, all of England was abuzz about Mary Toft, the woman who, according to eyewitnesses, had given birth to an entire litter of rabbits. According to Toft, a rabbit had startled her and ran away earlier that year; that same night, she dreamed of two rabbits sitting in her lap, and for the next three months craved rabbit. According to “maternal impression,” a prevailing medical theory at the time, that stimulus was enough to influence the fetus in her womb.

Toft’s story made her an instant celebrity, even catching the attention of King George I, who ordered an investigation. And of course, investigators found more than a few strange things. For starters, Mary had given birth to more than a few rabbits: She’d also birthed a liver less cat, a hog’s bladder, and various bits and pieces of cats and rabbits, including a pair of cat legs and a rabbit head. Also, all of the rabbits had been born dead. Upon inspection of dung pellets taken from one of the rabbits, German surgeon Cyriacus Ahlers found corn, hay, and straw.

Finally, Mary confessed: She’d had the rabbits placed inside her just so she could then have the doctor or midwife pull them out. The entire ordeal proved to be nothing but an embarrassment for England’s medical society, many members of which had fallen for Mary’s ruse. Mary spent a few months in jail, and the rest of high society was eager to let her fade back into obscurity.

The Boy with the Golden Tooth

Whether it’s a golden goose egg or a golden thread from a spinning wheel, the appearance of gold is a sure way to grab attention. So when Christoph Mu¨ller suddenly grew a gold tooth in 1539, people lined up to catch a glimpse.

Dr. Jakob Horst was in that line, and in a 145-page treatise, he declared the tooth to be authentic. According to Horst, Christoph’s birth on December 22, 1586 coincided with the winter solstice, or the sun being in conjunction with Mars, Saturn, and Venus in the sign of Aries. Because of this, the bone in the boy’s mouth was turned to gold. Not only that, but the tooth also marked the end of Ottoman expansion and the beginning of millennia of peace ushered in by Holy Roman Emperor Rudolph II.

In Scotland, the more levelheaded Duncan Liddell theorized that the gold was a crown, not an actual tooth. The theory was proven true when Mu¨ller was stabbed in the cheek and attending physicians got a good look at the tooth: It was clearly—but cleverly—wrapped in a thin layer of gold. The goldsmith was never identified so, unlike Mu¨ller, he escaped incarceration.

When you picture a mob boss, you think of Don Corleone sitting behind his desk in a crisp tuxedo, a cat in his lap and expensive decorations surrounding him. You probably don’t picture a man shuffling down the street in a bathrobe while mumbling to himself. That’s exactly how Vincent Gigante, head of the Genovese organized crime family, was able to avoid conviction for decades.

Beginning in the 1960s, Gigante—known to his friends as “Chin”—adopted a public persona of insanity to cover up his criminal involvement and paint himself as unfit to stand trial. According to testimony from psychiatrists, Gigante was committed no fewer than 28 times for treatment of hallucinations caused by “dementia rooted in organic brain damage” between 1969 and 1995. But behind the scenes, he kept busy as the head of one of the most powerful crime families in the nation, and a dominant force in the Mafia. He didn’t drop the ruse until 2003 when he plead guilty to obstruction of justice.

“I think you get to a point in life—I think everyone does—where you become too old and too sick and too tired to fight,” said Benjamin Brafman, Gigante’s lawyer. Which makes a lot of sense; four decades is a long time, especially when it’s spent eluding justice. Sooner or later you wonder if it’s worth it.

Around the turn of the century, medical journals were plagued by strange accounts written by the enigmatic Dr. Egerton Yorrick Davis, a retired military doctor. The cases he documented were typically sexual in nature, covering dalliances between servants and customs of indigenous tribes. Many of his letters were published, but he often had to defend himself against critics of his methods and findings. But how could he not be confident when he had Dr. William Osler—“The Father of Modern Medicine”—on his side?

Of course, Osler was nothing but a pseudonym for Davis. This alter ego started the world’s first medical residency programs and put his name to dozens of diseases, conditions, and medical buildings throughout the world. Osler was also a well-known and committed prankster in his time. He often attended medical conferences and signed Davis’ name instead of his own. He even fabricated news of the strange doctor’s death by drowning.

One of the more popular stories about Osler’s pranking comes from a class in which he taught students the importance of observation. Presenting a urine sample taken from a diabetic, he dipped a finger in and then sucked the digit clean. He then passed the sample to the students and asked them to do the same. When his students reported that the sample tasted sweet, he is reported to have said, “Perhaps. But if you’d really been observant you would have noticed that I placed my middle finger in the urine but the index finger in my mouth.”

Ponce de Leon may have failed to find the Fountain of Youth, but that doesn’t stop our curiosity. In the 1970s, American journalists thought they’d found it in the Ecuadorian village of Vilcabamba. Visitors to the village were amazed to learn that the locals regularly lived past 100, sometimes past 130. National Geographic itself ran an article on the high number of centenarians living in the town, and tourists began flocking to the “Valley of Longevity.” Was it the diet? The mountain air? Something in their blood?

No, no, and nope. Turns out that the only evidence of longevity was the word of the locals, something that tourists and travel agencies had never bothered to second guess. Following a study by Dr. Alexander Leaf of Harvard Medical School, researchers determined that there wasn’t a single person over 96 years old in the entire village. Instead, locals had a custom of exaggerating their ages. Another source of error came from the use of inherited names: Children were often given their parents’ names, making birth records difficult to discern from one another. It turned out that the people of Vilcabamba weren’t any different from those in other countries—except that when they lie about their ages, they go up instead of down.

Recently, morning news shows everywhere reported the death of Dee Dee Blancharde, mother of Gypsy Blancharde, a young girl suffering from what doctors referred to as “absolutely everything.” Gypsy moved around in a wheelchair, carried an oxygen tank, ate through a feeding tube, and looked at the world through heavy glasses. Dee Dee could list off the long number of conditions afflicting her daughter and the accompanying treatments and medications necessary to keep her alive. When neighbors discovered Dee Dee dead in her home and Gypsy missing, they expected the worst. However, they were not expecting to find her 580 miles away with her boyfriend—her wheelchair, oxygen tank, and feeding tube nowhere to be found.

It was soon established that Dee Dee had been an example of Munchausen by proxy syndrome (MBPS). In a nutshell, that meant Dee Dee had been fabricating Gypsy’s medical problems all to satisfy a personal need for attention and sympathy. MBPS typically goes unnoticed because the parent or guardian is perceived as attentive and loving. When it is detected, though, it is sometimes too late.

But then there are the really strange Munchausen cases. In 2012, Dana Dirr died in a head-on car collision, but not before delivering the baby she’d been carrying inside of her for months. Her husband, John, made an emotional post to Facebook about the ordeal, the pain of his wife’s death and the responsibility of now solely raising 11 children—one of which, little Eli, was battling with cancer.

But none of that actually happened. Dana, John, and their 11 children were all invented by 23-year-old Emily Dirr, who had spent 11 years manufacturing the Dirr family through social media and “virtual fundraising campaigns for childhood cancer foundations. She even went so far as to send “Warrior Eli” wristbands and care packages to hundreds of sympathizers.

Why go to all that trouble? Though Dirr claims it started as a creative writing exercise that snowballed, the entire project has been labeled a case of “Munchausen by internet.” “Actually, Munchausen by internet has now become more common than real-life Munchausen syndrome because it’s so easy to do,” explains Marc Feldman, clinical professor of psychiatry at the University of Alabama and the term’s inventor. “It used to be that real-life Munchausen patients would have to go to medical libraries, research the illnesses they would feign, and go to doctors’ offices to reenact the symptoms. Now they don’t need to do any of that—instead, they can go online and deceive hundreds or thousands of people.”

We all know that if you swallow your chewing gum, that . . .
Tweet
Older Posts Newer Posts