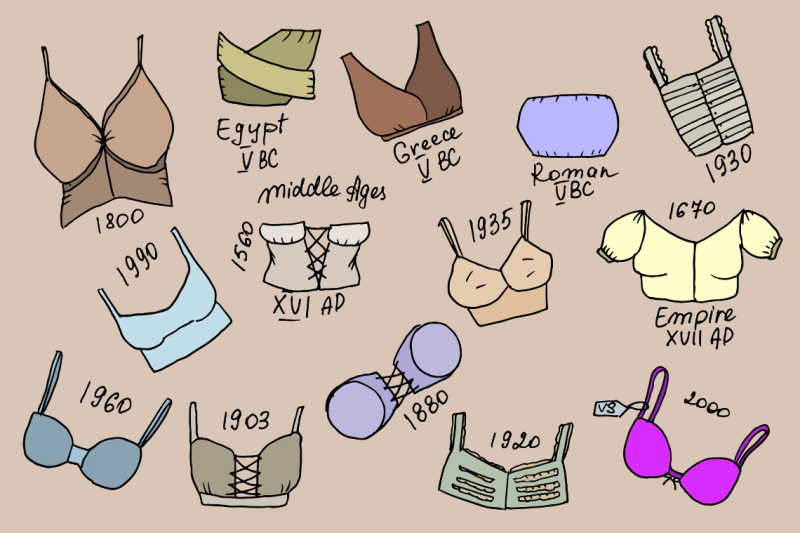 Whether you’re ready or not, there comes a time in every girl’s life when wearing a bra becomes part of the journey into womanhood. The bra or “brassiere" has been around in one form or fashion for hundreds of years, supporting women (literally) through many decades.

So, how has the bra transformed overtime? If you’ve watched an old film from the 1950’s or 60’s recently, you might have noticed that women’s bras were shaped differently. Overtime, the bra has evolved with help from social influence and general functionality.

Let’s take a look at the different ways the bra has evolved overtime.

The evolution of the bra

For many women, the mere thought of roaming around in public without a bra seems foreign. But for women who lived centuries ago, this was a common thing. Thankfully, much has changed over the decades to what we have now. So, let’s start from the very beginning. 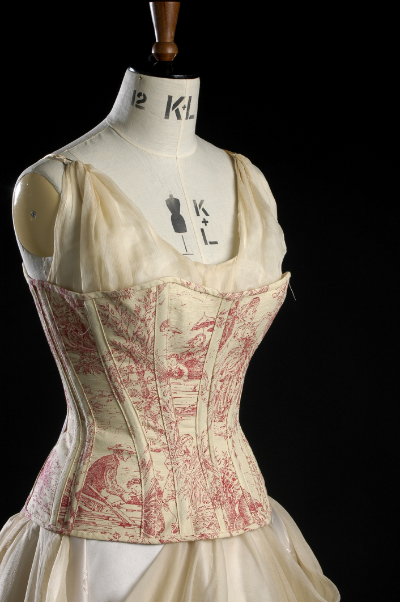 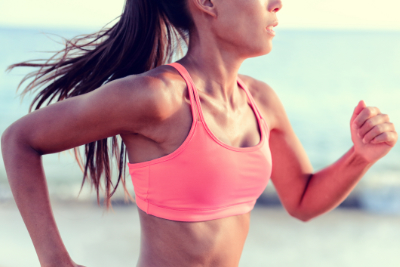 Pros and Cons to Wearing a Bra

Unfortunately, little is known or researched about the long-term effects of women continuously wearing a bra on a daily basis. And as a woman, I can say with certainty that most women have a love/hate relationship with their bra. Leaving the comfort of your home without one on is usually not a socially acceptable option. However, once we have it on, we typically countdown the seconds before it comes off again. So, are there health-related reasons why we should wear them?

A French research project from 2013 published the results from a 15-year-long study on how wearing a bra affected a woman’s breasts throughout the years of her life. The study was conducted by Professor Jean-Denis Rouillon and ultimately found that wearing a bra did not prevent breasts from sagging with age and also that by wearing a bra at a young age, it might also increase the chances of sagging later in life. He concluded that this was because wearing a bra prevented the growth of tissue, which led to the deterioration of the muscles that support the breasts.

However, the study was only conducted on about 300 women who were between the ages of 13 and 35, and Rouillon cautioned that going braless may not have the same benefits for older women, especially those who had already worn a bra for most of their lives. Overall, some scientists believe that there wasn’t enough evidence to prove Rouillon’s theory to be true.

An additional theory about how bras can increase the risk of breast cancer has ultimately been debunked by the American Cancer Society. They stated that, “Internet and e-mail rumors and at least one book has suggested that bras cause breast cancer by obstructing lymph flow. There is no good scientific or clinical basis for this claim, and a 2014 study of more than 1,500 women found no association between wearing a bra and breast cancer risk.”

So, then why do we wear bras? Two reasons: comfort and aesthetics.

Any woman who has played sports before knows that it’s practically impossible to do so without some type of sports bra on. A sports bra helps minimize the movement of your breasts, which helps reduce pain and discomfort caused by stretched skin and ligaments while working out. Especially for women with larger breasts, wearing a sports bra helps immensely to improve your comfort while running, jumping or any type of physical exercise.

And finally, the look or aesthetic of wearing a bra can help enhance the overall appearance of your bust and gives you that extra boost of confidence to make it through the day. But as far as medical or health benefits to wearing a bra? I think we can conclude that there’s not much.

As the years progress, maybe we’ll uncover new research that shows health-related benefits to wearing a bra other than supporting us both physically and mentally. Until then, let’s just hope that the “bullet bra” doesn’t come back in style.