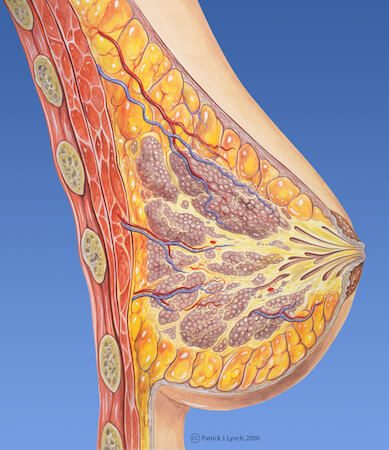 October is breast cancer awareness month, a condition that  many nurses have treated.

But did you know that working the night shift for an extended period of time increases your chances of developing breast cancer?

A study published in the British Medical Journal (BMJ) found that women who worked the night shift for over 30 years possibly have a higher risk of breast cancer than others.

The research, conducted in Canada, followed the careers of 1,134 women with breast cancer and 1,179 without breast cancer. They were all the same age and their shift work patterns were tracked throughout their employment history. About a third of the women from each group worked night shifts.

Women who worked those later shifts for up to 29 years had no increased risk of developing breast cancer, but those who did the graveyard shift for 30 or more years doubled their chances of developing the disease!

Researchers attribute the night-time artificial lighting that late night workers are exposed to as a potential factor for the increased cancer risk. They suggested that long-term exposure to artificial lighting during the night can suppress the body’s production of the melatonin hormone.  The pineal gland produces this hormone at night, and it makes us feel less alert, preparing us for sleep. Our melatonin levels are present through the night, but practically undetectable during the day. According to the National Sleep Foundation, artificial light at night can block the pineal gland’s ability to make melatonin.

What is melatonin’s connection to breast cancer?

A lack of melatonin can cause estrogen to increase in the body, which can lead to breast cancer for some women. Researchers also included sleep disturbances, a lack of vitamin D (which you naturally produce in sunlight), lifestyle differences and upset body rhythms as contributors to the increased breast cancer risk.

More research is needed to gain a better understanding of exactly how the night shift leads to cancer and why the chances jump dramatically after three decades, but raising awareness to the issue certainly gives us the upper hand.

A major takeaway here is avoid working the night shift for an extended period of time.

Whether you’re working the nightshift or not, there are number of things you can do to dramatically decrease your risk of cancer.

According to American Cancer Society, women who are 21 to 30 pounds heavier than they were at age 18 are 40 percent more likely to develop breast cancer due to extra estrogen, which can stimulate cell overgrowth and cancer. Exercise helps to balance the levels of good and bad estrogen. Women should strive to exercise at least 150 minutes a week, or half an hour five times per week.

Long term use of estrogen and progestin therapy can increase breast cancer risk by 24 percent, accord to the  Women's Health Initiative. Try exploring the smallest doses possible with your doctor if you’re managing menopausal symptoms like hot flashes and take it for the shortest period possible.

Harvard researchers discovered that women with the highest carotenoid levels had a 19 percent lower risk of breast cancer than those with the lowest levels. Carotenoids are found it fruits and vegetables including leafy greens, carrots and red peppers. Other nutrients including sulforaphane in cruciferous vegetables and lycopene in tomatoes also protect against breast cancer.

Incorporating these habits into your life can will increase your health and keep breast cancer at bay.

Whether you’re ready or not, there comes a time in ever . . .

The Importance of Self Breast Exams

Alright ladies, do not make me come over there! Nothing . . .
RELATED

Whether you’re ready or not, there comes a time in ever . . .

The Importance of Self Breast Exams

Alright ladies, do not make me come over there! Nothing . . .
Tweet
Older Posts Newer Posts