You Can't Believe Everything You Read 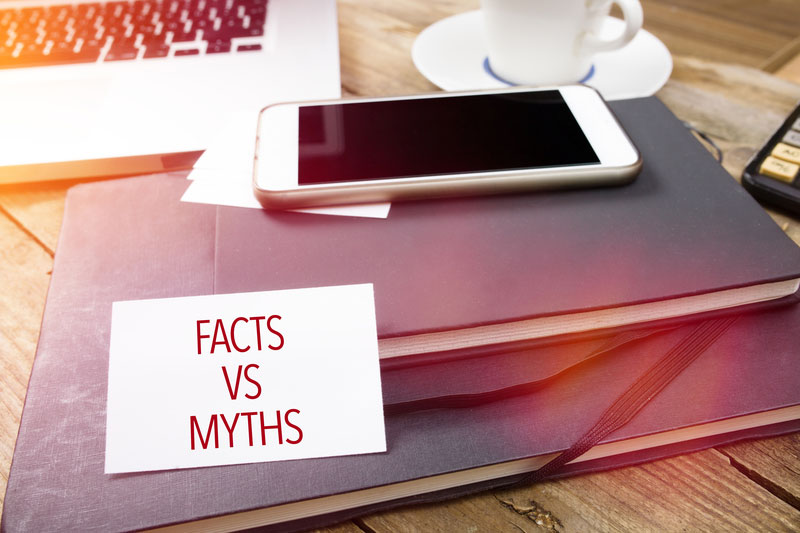 Social media is a great place to learn interesting facts. It’s also a breeding ground for mis-information. That’s why we have compiled a few examples to keep you entertained and informed.

The purpose of this course to enable the participant to . . .

This course covers the methods used to prevent exposure . . .

“Stepping on a rusty nail will cause tetanus”:

Tetanus can only reproduce in an oxygen-deprived setting. A puncture wound, like stepping on a nail, can create a breeding ground for an infection. As stated in a “How Stuff Works” article, “the thinking goes that if the nail has been outside long enough to get rusty, then it’s probably been exposed to soils containing the bacteria”. The rust could be helping the dirt to remain on the nail, “but any injury related to puncture is reason for concern”, no matter how clean or rusty the object is.

“Coconut water can be used as a substitute for blood plasma”:

Unproven accounts have existed for decades that during World War II, British and Japanese troops used coconut water, freshly drained from the inside of a coconut, to administer emergency intravenous treatments to their troops. Adding to the confusion, a 2002 article published in the Sri Lanka Sunday Observer, stated that coconut water “can be injected intravenously in emergency cases such as cholera and dysentery when other pyrogen-free fluids are not available” and that coconut water “can be used as a blood plasma substitute because it is sterile, pyrogen-free and does not produce heat, and does not destroy blood cells”.

In a 2018 interview, George Yaghmour, MD and Assistant Professor of Clinical Medicine at the University of Southern California, Keck School of Medicine stated “coconut water and plasma are not equal fluids….while coconut water is a good source of calcium, potassium and magnesium as an oral hydration source, these same elements are concerning when it comes to intravenous use of coconut water...hypotonic fluids like coconut water could cause cerebral edema, blood hemolysis, worsening kidney failure, heart arrhythmia and many other neurological complications”

As explained by Dr. Karl Kruszelnicki, in his 2014 article, “coconut water is not identical to plasma”. Plasma is the salty water portion of of your blood. It is the clear slightly yellowish liquid that has high levels of sodium, low levels of potassium and trace amounts of other minerals. Coconut water is the exact opposite, containing low sodium and high potassium. Additionally, coconut water has about one fortieth the sodium level of plasma and 10-15 times higher levels of potassium, than plasma. Coconut water also contains calcium and magnesium, which would cause issues if used on patients with kidney failure, severe burns, and other medical conditions sensitive to those elements.

“People put sunscreen on their eyes during the solar eclipse”

Unfortunately for one individual, this reportedly did happen! During the August 2017 solar eclipse, lots of information was being shared to inform spectators on how best to protect their eyes during the solar eclipse. The majority related to special viewing glasses or not looking directly at the eclipse by making a pinhole or projection device.

In Redding California, Nurse Practitioner, Trish Patterson is quoted as stating “One of my colleagues at moonlight here stated yesterday that they had patients presenting at their clinic that put sunscreen on their eyeball, and presented that they were having pain and they were referred to an ophthalmologist”.

Eclipse watchers were warned in advance of the event, to protect their eyes from harmful sun rays which can cause visual defects, blurriness, dark spots, cloudy vision and possibly a  permanently damaged retina. As stated by NASA, “It is never safe to look at a partial or annular eclipse, or the partial phases of a total solar eclipse, without the proper equipment and techniques”. Only eclipse glasses or viewers that are compliant with the ISO 12312-2 safety standard, will safely allow you to look at the un-eclipsed or partially eclipsed sun.

“Drinking Visine will cause diarrhea”:

Sorry to ruin all the “pranksters” fun, but putting a few drops of Visine in someone’s drink does not cause diarrhea, but it can be very harmful! The active ingredient in Visine eye drops is Tetrahydrozoline HCI 0.05%. Swallowing this substance can result in a number of nasty effects, including:

Additionally, Pfizer (the manufacturer of Visine) cautions users to seek medical help or contact a poison control center right away, if swallowed.

Made popular in the 2005 comedy Wedding Crashers, imitating this “prank” has lead to unfortunate injuries and several arrests. Here are a few examples:

The FDA has issued a safety announcement regarding ingestion of over-the-counter eye drops containing Tetrahydrozoline. Out of accidental ingestion cases occurring in children 5 years of age and younger, no deaths have been reported, however “serious events requiring hospitalization such as comma, decreased heart rate, decreased breathing, and sedation (sleepiness) have occurred. Ingestion of only a small amount (1-2 mL: for reference, there are 5 mL in a teaspoon) of the eye drops can lead to serious adverse events in young children”. Tetrahydrozoline, in the eyes, works by narrowing blood vessels to relieve redness due to minor eye irritations. Visine is safe when used in the eyes, but when ingested, it may cause serious and life-threatening adverse events.

The purpose of this course to enable the participant to . . .

This course covers the methods used to prevent exposure . . .

We’ve all fallen for a prank at one time or another. It . . .
Tweet
Older Posts Newer Posts