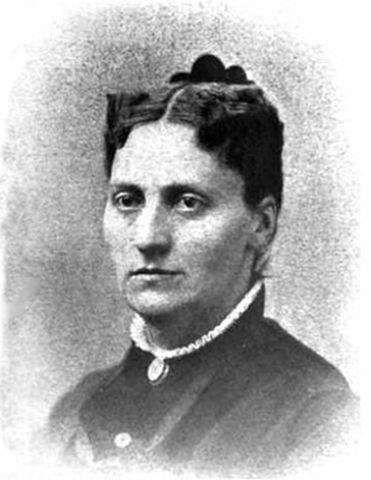 Linda Richards pioneered the way for individuals interested in the field of nursing. Despite being christened Malinda Ann Judson Sinclair Richards after a missionary, she found her niche with taking care of others and transforming nursing into a career.

In a time when nurses were often considered just one step above a common house maid, Richards took learning to a new level and opened up doors that still exist today for those ready, willing, and able to aid others in the medical industry. From the time she was young, she saw firsthand what different health issues could do to the body. Within less than a decade, she had lost both her parents to tuberculosis. After taking care of her mother, at the age of 13 she began to accompany Dr. Currier, a local family physician, to house calls. While this training was informal, she could easily set up a splint and clean up wounds. It was here that she began to take an interest in medicine.

With the millions of registered nurses in the world tod . . .

Richard's life was far from done with loss. Following her engagement, her fiancée went away to fight in the U.S. Civil War. After a severe injury, George Poole was sent home where Linda Richards took care of him until his death four years later. At this point it became obvious to Richards that she was destined to be a caregiver. Frustrated with the way that nurses were treated, she replied to an advertisement set up by Susan Dimock looking for students to train as a nurse at the New England Hospital for Women and Children. Richards, the first to enroll, became the first to graduate after just one year in 1873. Richards worked in several facilities, bringing her expertise to each one. She started out at Bellevue Hospital Training School in New York City as the night supervisor and moved to take over a hospital that was on the brink of falling apart. The Boston Training School wasn't effective and wasn't producing the expected results. After taking charge, Richards completely turned the program around until it was well known throughout the country.

Despite being in demand because of her teaching and training ability, Richards went to the Nightingale School at St. Thomas Hospital in England and learned about the association between germs and how they affect the body. She met Florence Nightingale as well as Dr. Joseph Lister, a pioneer in the field of antiseptic surgery. From there, she came back to the states for a short time only to be sent to Japan. She brought her knowledge and insight over to start the country's first nurse training program. After 5 years of work and opening up a hospital, she came back to the United States in 1891. She continued to set up training programs in several large cities and wrote an autobiography about her experiences as a nurse. Her final work involved training nurses to work in mental institutions. Aside from her ability to set up nurse training programs, Richards made great strides in the creation of written patient records.

By training others, she opened up a whole new world of possibilities for nurses. In her time, some doctors didn't believe that nurses had the ability to tend to others and thought they did not belong in hospitals or other medical settings. Linda Richards completely reversed that idea and began to show just how important nurses were to the profession. Her work set the stage for the nurses of today. In 1994, over 60 years after her death, Linda Richards was inducted into the Women's Hall of Fame. In 2001, Richards was inducted into New York's Women of Distinction program. Linda Richards is often referred to as America's first trained nurse because of the degree she earned at the New England Hospital for Women and Children, however beyond her education, she is known for her dedication to taking care of others and pioneering the way for modern day nurses.

With the millions of registered nurses in the world tod . . .
Tweet
Older Posts Newer Posts