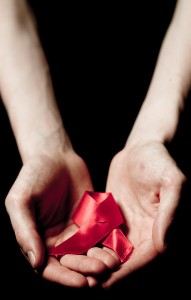 As I look back on the AIDS pandemic over the last 32 years, I'm amazed at how far we have come in finding treatments for this horrible disease. Clinically discovered in 1981, and classified by the CDC in 1982, AIDS has claimed around 30 million lives throughout the world. AIDS, itself, remains incurable, although we are on the verge of some breakthroughs, and we do have medicines to try to hold the disease at bay. HIV, the virus responsible for AIDS, is manageable with certain drug therapies. The healthcare industry and nonprofit organizations worldwide have made dramatic progress in the fight against AIDS. Here's how.

When it was discovered that HIV causes AIDS, the healthcare industry set about to find a way to prevent the virus from turning into full-blown AIDS. At this time, we do not have an effective vaccine against HIV, we're still fighting for one, but a discovery of a cocktail of various drugs has proven to slow the progression of the HIV virus down. This has helped those infected with HIV avoid the “opportunistic infections,” as we call them, that are a result of the immune system shut down caused by AIDS.

This drug cocktail is called High Active Antiretroviral Therapy. We in the healthcare industry like to call it HAART. Approximately 35 million people throughout the world suffer from HIV. This virus is particularly prevalent in poor to middle-income nations. Approximately 9.7 million people in these income-deprived countries are on HAART therapy today, but there is more that we can do to fight against AIDS.

Wealthy nations have access to the medications and means necessary to combat HIV and its resulting AIDS; the poor are the ones who truly suffer from this pandemic. People, including some very high-profile celebrities and nonprofit organizations, have led the fight against AIDS by hosting events, such as World AIDS Day, coming up December 1, to raise money and awareness for those who cannot afford HAART therapies. How effective has World AIDS Day and other events been in this fight? Let's see!

In 2005, the world saw the highest peak in AIDS-related deaths at 2.3 million people. Since that time, the number of AIDS-related deaths has decreased exponentially. In 2011, 1.7 million people died from AIDS, and in 2012, the number dropped down to 1.6 million. The amount of new people being infected with HIV has also been reduced from 2.5 million in 2011 to 2.3 million in 2012.

The United Nations, an active participant in the fight against AIDS, reported that the number of people in poor nations who have access to AIDS drugs has increased by 20 percent, and the U.N. has seen a whopping 52-percent reduction in the number of children infected with HIV. That is truly amazing and wonderful news that makes this nurse, and everybody else I'm certain, very happy!

As World AIDS Day approaches, the U.N. has also initiated a challenge to anyone who can help in the fight against AIDS. Currently, as I said above, over 9 million people in impoverished countries have access to HAART meds. The U.N. wants to ensure that by 2015, 15 million people will be receiving HIV treatment. This is a tall but achievable order. Funding for the global fight against HIV/AIDS was $18.9 billion in 2012. The U.N. will need approximately $24 billion to meet its 15 million people goal in 2015.

In the meantime, Danish scientists believe they are on the verge of finding a cure for AIDS for those patients who were not effectively treated, or could not be treated at all, with the HAART cocktail or related AIDS drug therapy. The Danes believe that if we remove the HIV virus from human DNA, our body's immune systems will destroy the virus as it would any other infection. Clinical trials are underway to see if this might be the cure for AIDS we have all been so desperately hoping for.

There are also a handful of drug combinations currently in use to slow down the progression of those already infected with AIDS. Nucleoside Reverse Transcriptase Inhibitors, or NRTIs, are currently prescribed in combinations to slow the spread of HIV throughout the body by interrupting the virus' duplication cycle. Protease Inhibitors, or PIs, are used in the later stages of the HIV/AIDS duplication cycle.

It's clear that through education, medical science, and worldwide involvement we have made tremendous progress in the fight against HIV and AIDS. This pandemic is controllable, something we never imagined in 1981. Through the love and support of healthcare professionals and people around the world, we have and will continue to win the fight against AIDS!

Possible AIDS Cures in the News

This course is to educate the healthcare professional o . . .
RELATED