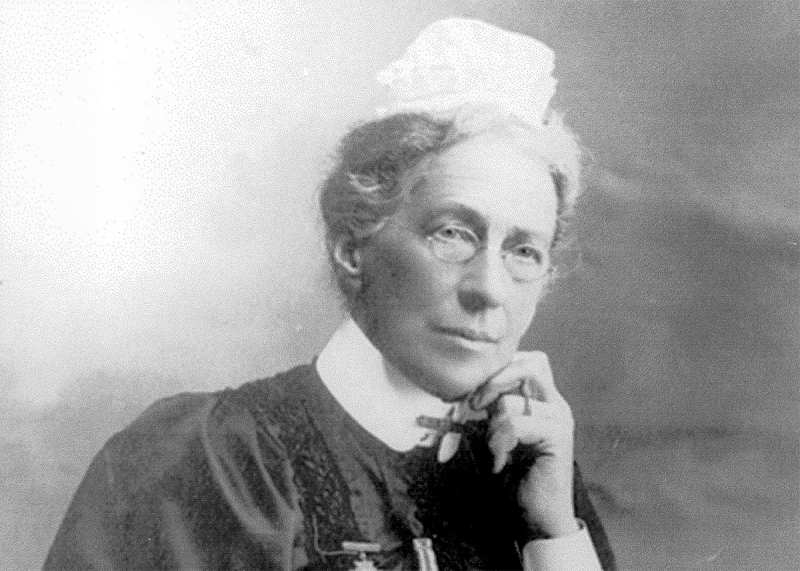 With the millions of registered nurses in the world today, it’s hard to imagine a time when the official regulation of the nursing industry was only a mere concept. By the early 1900’s, however, Ellen Dougherty would change the face of that notion and become the first ever-recorded registered nurse in the world.

Through hardship and dedication to the industry, Dougherty was one of the top-most achieving nurses throughout our history. Let’s take a look at how she was able to achieve such a huge feat within the world of nursing.

Born at Cutters Bay, Marlborough, New Zealand in September of 1844, Dougherty was the daughter of a whaler named Daniel Dougherty, who passed away when she was just around the age of 13. After her father’s passing, her mother, Sarah McAuley, who ran a boarding house in Wellington, raised her. Dougherty’s father had been a whaler for several years before establishing a whaling station at Port Underwood. Due to the isolation of the area where she grew up, Dougherty spent much of her time with her siblings in and around boats and often times exploring the wildlife around them.

After learning about Florence Nightingale, the founder of modern nursing, Dougherty aspired to become a nurse. It’s believed that before training as a nurse, however, she worked at a pharmacy in Wellington with Charles Barraud, where she broadened her knowledge in the medical world.

By 1885, Dougherty began working at the Wellington District Hospital and completed a certificate in nursing in 1887, where she studied elementary anatomy and physiology. She soon became the director of the hospital’s accident ward and also ran the surgical ward.

While she was serving as acting matron at the Wellington District Hospital in 1893, Dougherty was overlooked for a permanent position, and instead, decided to accept a different position as matron of Palmerston North Hospital, where she ended up staying for most of her career.

It’s believed that Dougherty ran a tight-ship, which proved necessary for a hospital back in the 1890’s, where without modern medicine, complications could easily get out of hand. Luckily, she was instrumental in getting the hospital in tip-top shape and making the most of what the hospital could do for its patients.

After transferring to her new position, Dougherty found that very little had been done in the way of providing basic materials for the nurses and patients in the hospital and money was scarce. Her first concern was to ensure a sufficient supply of linen. In the days before antibiotics, hospitals required large supplies of linen to help prevent infection. Her first major act on assuming her post was to organize a massive sewing project with her relatives to create sheets, pillowcases and bandages that would be used for patient supplies.

Life before fighting off bacteria and other germs with antibiotics was often a scary time. In fact, a simple infection from something as simple as a paper cut could often become incurable and even deadly. Dougherty understood the complications that could arise among the hospital if things were not taken care of properly. With patient safety in mind, she took matters into her own hands to bring the hospital’s level of proficiency to where it needed to be.

As matron of the hospital, Dougherty was able to gain the assistance of two people on her nursing staff and two part-time medical officers. The nurses worked around the clock doing 12-hour shifts and would even work extra when needed. At the time, Palmerston North was a big center for constructing the North Island’s main train railway line, where there was a lot of bush clearing and saw milling, making it a dangerous place for workers to be. Frequent accidents happened and doctors weren’t always available at the scene.

Therefore, a lot of Dougherty’s work entailed setting broken limbs, dressing wounds properly, and on occasion, amputating an arm or leg if needed when workers were hurt on the job site. And, as if her schedule couldn’t be more time consuming, Dougherty also was in charge of running the hospital’s dispensary and would often stay late into the night making sure everything was taken care of properly. With her experience in the dispensary, she eventually became a registered pharmacist in 1899.

On top of her nursing duties, Dougherty was also responsible for administrative office-type work, which included keeping charge of the daily records, finances for the staff and upkeep for the hospital, food buying and storage, linen, patients’ fees and clothing.

After everything was said and done, Dougherty proved herself to be an asset in the community world of nursing. She took the initiative to help others and her community to the fullest throughout her career. Dougherty even became the world’s first registered nurse.

Back before the 1900’s, there was no legislation for the registration and regulation of nursing throughout the world. If you wanted to become a nurse, a certificate of nursing from some form of education was generally accepted. As more women entered the profession, there was increased demand for improved conditions for both nurses and their patients.

In September of 1901, the country of New Zealand became the first of its kind to create separate legislation for the regulation of nurses. By January of 1902, the Nurses Registration Act became law, and nurses who had already trained could apply to have their names entered on the register.

Dougherty, being the high-achieving nurse that she was, had entered her name on the register and became the first registered nurse throughout the world. The registration and recognition came from Dougherty’s several years of hard work and dedication to the field.

Not too long after becoming the first registered nurse, Dougherty decided to retire in 1908 from Palmerston North’s Hospital, where it had grown twice its original size during the time of her role as the hospital’s chief administrator. As life continued to pass, Dougherty remained unmarried and eventually retired to Carterton, Wairapa, where she could be close to her family.

At around the age of 75, in 1919, Dougherty passed away and was buried near her family members in the Clareville Cemetery in Carterton, Wairapa, New Zealand.

After several decades of work dedicated to the field of nursing, Dougherty’s life is remembered for her achievements and commitments she made along the way to becoming an accomplished role model in the nursing industry: 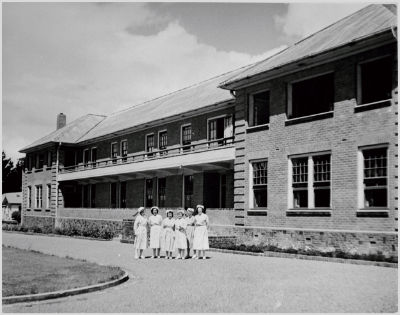