The Evolution of the Stethoscope 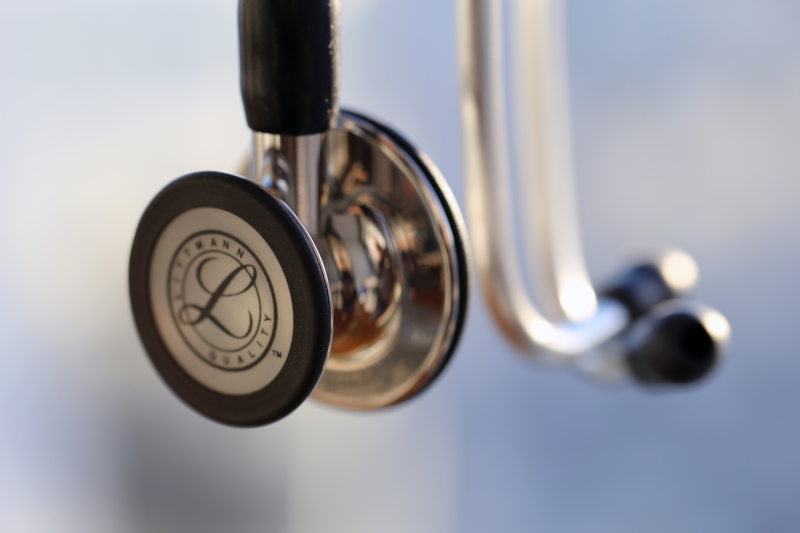 A stethoscope is a medical instrument used to listen to the sounds produced by the heart, lungs and chest. The word is derived from the French and Greek as the Greek word "stethos" means chest and the French word "scope" means to look at or watch.

A stethoscope allows physicians to watch, or listen to the sounds in the chest. The early form of listening to chest sounds was known as percussion and auscultation. In its earliest form, auscultation (the act of listening) was performed with the ear. Medical practitioners learned early on that the sounds of the body could be indicative of the conditions of the body.

Implementing Nutrition Basics: How to Teach Your Child to Eat Right

Ah, the holiday season. The Christmas trees are up, hot . . .

Listening to the Beating Heart: The History of the Stethoscope
Percussion: A New way to Diagnose a Pneumothorax (PDF)
Chest Assessment and Auscultation (PDF)

If you've ever heard your chest rattle due to congestion, you immediately understand how medical professionals use the sounds of the chest as a vital tool for examination. Before the invention of the stethoscope, medical professionals often had difficulty listening to the sounds of the body. For example, there was no definitive method used to amplify the sounds heard, and low body sounds were often ignored. There was often great difficulty listening to somebody's sounds entirely, meaning vital clues to a patient's condition were missed. Additionally, in order to listen to the chest, one would be required to place his ear directly over the patient's heart. This was impractical and hardly proved to be an ideal situation for both the patient and medical professional. The problem finally received its solution when in 1816, French physician René Laennec invented the first stethoscope.

History of the Stethoscope (PDF)
Historical books, artifacts, and the first stethoscope

Laennec's stethoscope was monaural, meaning that you only used one ear for listening purposes. Similar in appearance to a trumpet, the first stethoscope allowed Laennec to listen to the sounds of the chest without the awkwardness of intimate, physical contact with a patient. It was tubular shaped, crafted from wood, and the end was bell shaped. The bell shaped area was placed directly on the patient's chest and the physician would place his ear on the other end. The monaural stethoscope Laennec invented was used until 1851, when further enhancements were made.

In 1851, Irish physician Arthur Leared developed the first binaural stethoscope, in which the physician used both ears for listening. This was followed by a design change in 1852, when New York physician George Cammann created the current stethoscope design still in use today. The parts of a stethoscope include two ear pieces on the headset, the chest piece, ear tubes, stem, tubing, and tunable diaphragm. The headset is the part that fits into the physician's ears, while the chest piece is the part of the stethoscope placed directly on the patient. The length of tubing used in a stethoscope has a direct impact on the quality of sound heard. It is interesting to note that there were early fears that listening with a binaural stethoscope could result in hearing imbalances to the physician. By the early 20th century, these fears were put to rest and the stethoscope became a standard tool used in medical practices.

The development of the stethoscope redefined medical examinations. It didn't take long for physicians to institute the practice of using the medical device to listen to other parts of the body. The ability to amplify the sounds of the lungs, heart, and overall chest greatly reduced the amount of cases that were misdiagnosed and proved to be a great aid to the medical field. In the 40s, the company Rappaport and Sprague further improved the stethoscope's overall design and created a two-sided device that could be used for both respiratory and cardiological purposes.

The stethoscope underwent more changes in the 60s and 70s when Professor David Littmann of Harvard Medical School designed a lighter stethoscope with improved, acoustic sound. As scientific discoveries continued to expand the materials available for construction, the flexibility and texture of stethoscopes also changed. As many physicians are seen wearing a stethoscope around the neck, it is important that they are lightweight, comfortable, and durable. Stethoscopes are often symbolic of the medical field and most people associate them with medical professionals.

uestion that more changes, minor as they may be, will eventually come to the modern stethoscope currently in use.
RELATED

Implementing Nutrition Basics: How to Teach Your Child to Eat Right