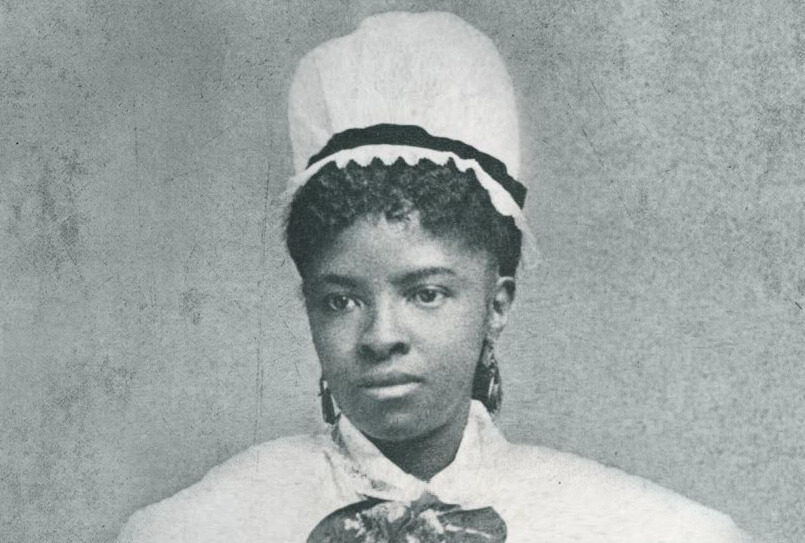 Photo by: By Unknown photographer [Public domain], via Wikimedia Commons

“Work more and better the coming year than the previous year.”

Such was the motto of Mary Eliza Mahoney. Today, Mahoney isn't a household name like Florence Nightingale, the mother of modern nursing, or Mary Breckinridge, who pioneered the concept of family medical centers and health care in rural areas, — But she deserves the same recognition for her pioneering work in the profession.

Not only was Mahoney the first professionally trained African-American nurse in the United States, but she also was an early member and first chaplain of the National Association of Colored Graduate Nurses (NACGN). At the age of 76, Mahoney became one of the first women to register to vote in Boston. Throughout her life, Mahoney dedicated herself to serving others.

Mahoney was born May 7, 1845, to Charles and Mary Jane Steward Mahoney. Her parents were both former slaves from North Carolina who moved north for a better life shortly after they were married. Many freed African-Americans from the South moved north to get away from the rampant discrimination in that part of the country, and a number of them settled in the Boston area. It was in the neighborhood of Dorchester that Mahoney came into the world, followed by two siblings: a brother, Frank, and a sister, Ellen.

When she was about 10 years old, the Phillips Street School in Boston integrated (one of the first in Boston to do so), and she was able to attend school there. Before the state Legislature abolished segregated schools, African-American children in her neighborhood attended school at the African Meeting House. Though many African-Americans had moved to the area, they still were a small part of the population when Mahoney was growing up. The African-American community in Boston was nearly 2,000 by 1850 compared to the much larger white population of 501,357. Even though they didn't face the level of hardship that they may have encountered in the deep South, they were a small minority and still dealt with discrimination and prejudice.

Her Path to Nursing

Mahoney's interest in nursing began when she was a teenager, and she started working in health care when she was 20 years old. She was employed as an untrained practical nurse and supplemented her income by taking on janitorial work and more duties at the New England Hospital for Women and Children. She continued on that path for more than a decade, working simultaneously as a cook, washerwoman, and unofficial nurse's aid at the facility. "Mary went to the hospital to work," said family friend Miss Hawley. "She cooked, washed, and scrubbed, and—she got in. A woman doctor wanted her there, and that was the only influence she had."

The Massachusetts State Legislature incorporated the hospital in 1862 for several reasons. Its purposes included providing women medical assistance from competent female physicians; assisting in educating women in the practical study of medicine; training nurses; and proving that women could be capable surgeons and doctors. The nursing program at the New England Hospital for Women and Children was the first of its kind, and had a “progressive feminist nondiscriminatory philosophy.” Sixteen years after it was incorporated, the hospital admitted a now 33-year-old Mahoney—the first African-American woman to study there (or at any American nursing school)—to its nursing program. By that time, other nursing programs existed, but none of them accepted African-American women.

Over the next 16 months, she and other students (there were 42 at the start) attended hours of lectures and cared for patients. Nurses who enrolled in the program got a small allowance—$1 per week for the first six months, $2 per week for the second six months, and then $3 per week. They worked in surgical, maternity, and medical wards, working 16-hour days, seven days a week. For the last four months of the rigorous program, the school sent students out to work as private-duty nurses, but the intense workload proved too much for many student nurses.  By the end, Mahoney was one of only four who completed the program. In 1879, she earned her nursing certification, making her the first professionally trained African-American nurse in American history.

Life as a Nurse

During her decades-long career, Mahoney dedicated herself to hard work and caring for her patients. After graduation, she registered with the Nurses' Directory at the Massachusetts Medical Library and began work as a private-duty nurse. Mahoney started in the profession charging $1.50 per day—or $8 per week—and was the only African-American person listed in the directory. By 1892, she increased her fees to $2.50 per day and $15 per week.

Mahoney likely chose private nursing over public nursing because of rampant discrimination against African-Americans, even in a city that had long integrated schools and attracted free African-Americans before the Civil War. She worked for many prestigious families, who appreciated her care and professionalism. Mahoney also served as director of the Howard Orphan Asylum for Black Children in Long Island, New York for a year, starting in 1911. She was known for treating her patients like family, even cooking for the people for whom she cared.

Mahoney, a deeply religious person, devoted herself to her work and never married. Life as a private-duty nurse was not always comfortable. At the time, clients expected these nurses to work 24 hours per day for the duration of their employment. They had to stay quiet so they wouldn’t disturb the patient or family, be cheerful and never disagree with the client. Private-duty nurses depended on referrals for future work, so they had to keep every patient, family and doctor happy. If a private-duty nurse had experience and a good reputation, she could be selective about her work and take time off when needed. Otherwise, a nurse had to take every job that came along in order to make a living.

Over the years, Mahoney developed a successful career through content patients. "I used to hear her praises sung everywhere around Boston and its suburbs," said Sarah Beatty of the New England Hospital for Women and Children. Because there was nowhere else to review a nurse, clients left comments with the Nurses’ Directory. Some of the reviews of Mahoney include "no faults noticed," "excellent nurse," and "good temper, discretion, and loyalty which were well-tested in the case of a weak, nervous self-indulgent invalid." Wherever she went, Mahoney left people impressed with her skills, caring attention and professionalism.

Though Mahoney was devoted to nursing, she also was dedicated to blazing a trail for future nurses and women. Throughout her career, she sought to remove the barriers of gender and race in the profession. Because of her success and inspiration, other African-American women made their way into nursing. By 1899, five other African-American women had graduated from the program at the New England Hospital for Women and Children. Mahoney also believed in the cause of suffrage and was one of the first women to register to vote in Boston after women earned the right through the 19th Amendment.

About the National Association of Colored Graduate Nurses

Founded in 1908, the group was organized to advance the cause of African-American nurses. Other nursing organizations existed at the time, though none campaigned to improve racial representation within its numbers. At the time, membership in the American Nurses' Association (ANA) was predominantly white. In 1896, the Nurses Associated Alumnae of the United States and Canada (later to become the ANA) admitted Mahoney as a member, so occasionally it allowed African-American nurses to join its membership.

When it was organized, the NACGN's ultimate goals were to "achieve higher professional standards, to break down discriminatory practices facing black nurses, and to develop leadership among black nurses." At the first convention of the NACGN in 1909, Mahoney personally invited nurses, and 26 attended. By 1918, the NACGN had established a temporary headquarters, and a permanent base followed in 1934. The NACGN grew, hired staff, and spent the next decades focused on increasing the number of African-American nurses and ending discrimination in the profession. Over the years, it got closer and closer to that goal. At its convention in 1949, the group's membership voted unanimously for the ANA to take over the functions of the NACGN, including the program for the total integration of African-American nurses. Then in 1951, the members of the NACGN voted to dissolve the organization.

Mahoney died Jan. 4, 1926 after battling breast cancer for three years. She is buried in Woodlawn Cemetery in Everett, Massachusetts. Her headstone recognizes her life achievement, stating simply, "The First Professional Negro Nurse in the U.S.A." Her legacy lives on:

The nursing profession continues to honor Mahoney's legacy more than 90 years after her death.

A pioneer of nursing, Mahoney dedicated her life to her work and advancing the cause of African-American women in the profession. That is not to say that work is complete; there will always be a need for

pioneers like her—people daring enough to be the first at something and pave the way for others to follow.
RELATED