Top 4 Picks for a Nurse's Netflix and Chill 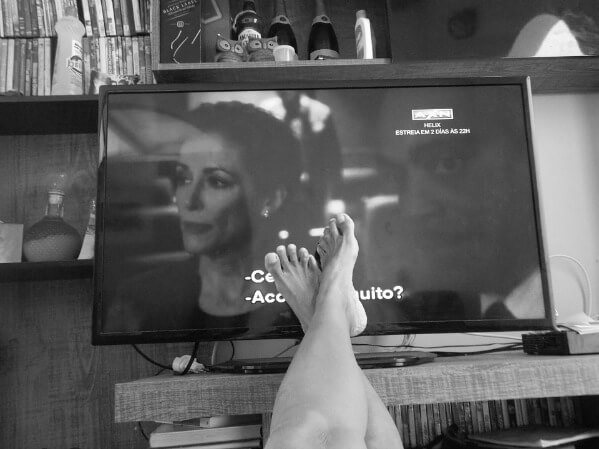 You’re a nurse who is finally free (off from work), yippee! You may think to yourself, “Will I go shopping? Maybe the gym? A night out with my friends, perhaps?”

Then it hits you, it’s your "weekend" (even if it isn't Saturday or Sunday) and you don’t want to go anywhere.

You’d much rather do that sit on your cozy couch and zone out with a little Netflix!

Well if you’re anything like me, you may enjoy a medical dramas and comedies because

1. It’s fun to see how many incorrect statements , non-factual medical references are stuffed into the show.

2. Even though it may remind you of work, it’s still an escape as the story lines are either too fabulous and unrealistic or unbelievably mild compared to the crazy chaos that happens when you’re on the clock.

If you’re a fan of shows like Grey’s Anatomy and House, but you’re still looking for something a bit different, we’ve got a few suggestions for you.

From gut wrenching tear jerkers to hilarious comedy, check out our top four picks for medical programs on Netflix!

Have you heard of Doc Martin? Be careful, it’s addictive. It’s had seven seasons with a final season expected in 2017.

This British medical comedy features Martin Clunes who stars as Doc Martin, an awkward surgeon who moves from London to the countryside village of Portwenn where he was raised. He makes the big transition after his amazing career was destroyed by a phobia that prevents him from performing surgeries.

Now that he’s back home working as a general practitioner, his sometimes belligerent and tactless demeanor rubs more than a few people, particularly the wrong way. While he was a brilliant surgeon, he wasn’t a people person. Human interactions were never his forte, and bedside manner is not his strong suit.

This makes for an interesting windy path to self discovery and a challenging road to love with headmistress Louisa Glasson.  He’s a character you can grow to love and hate and love again!

This British program is based on the story of Jennifer Worth, a woman who was a nurse midwife in 1950s London.

Over the span of five seasons, it’s delved into the horrific conditions women had to give birth in more than half a century ago. There’s lots of tragedy and brutality, tempered with kindness and humor. She takes part in an order of nuns who have been working in the slums since the 1870’s. The stories go into the lives of the poor women they treat, as well as the midwives she trained with.

It also covers poignant moments in medicine including medical advancements like diaphragms, birth-control pills, various forms of pain relief provided during delivery and the horrific thalidomide-induced birth-defect crisis of the day.

This is the tale of a big city girl who is a heart surgeon being thrusted into country life-- Bluebell, Alabama to be exact. Dr. Zoe Hart, played by Rachel Bilson of The O.C., returns to her Bluebell hometown after graduation, where she learns that her father has died, but that’s not the only heavy news that is laid on her shoulders.

She has also inherited half of his medical practice and she is now expended to take the reigns. The show, which lasted for four seasons, shows her growth as she transitions from her dashed dreams as a surgeon to a general practitioner in this blend of drama and comedy. There’s also a nice love triangle thrown in for good measure. Just as a heads up, this show is less about great medicine and rare conditions and more about Dr. Hart and the hunky men that just happen to stroll into her life.

You have most likely heard of this one, but we couldn’t resist plugging this awesome gem of a show. This nine season hit comedy features Zach Braff  as a medical intern John J.D. Dorian who worked his way through medicine with a bevy of sarcastic, unusual characters that keep him company, including his BFF Turk. The show is generally less about their cases and more about the characters, but still manages to show some depth in the issues that sometimes face the medical industry.

The show also features a major character who is a nurse--the tough, but sweet Carla Espinosa. She wields her nurse expertise and a few plot lines lay into real nurse concerns, like the fact that male nurses are often the butt of many a joke, how nurses are often the ones training residents, and the real tension between nurses and physicians. It even dealt with exploring the decision of becoming a nurse practitioner.

The main character often breaks away into fantasies or daydreams that sometimes include musical interludes, before being snapped back into reality at Sacred Heart Hospital.

If you’d like something fun and light, this is the way to go.

What are your favorite med shows on Netflix? Let us know in the comments!

The purpose of this course is to prepare midwives to pr . . .

As a nurse, you know the ins and outs of a hospital bet . . .
RELATED

The purpose of this course is to prepare midwives to pr . . .

As a nurse, you know the ins and outs of a hospital bet . . .
Tweet
Older Posts Newer Posts