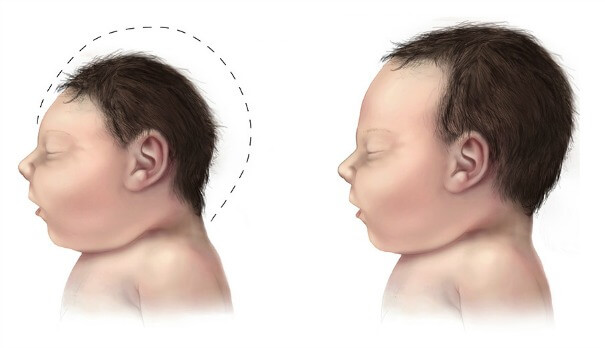 This image was provided by the Centers for Disease Control and Prevention, National Center on Birth Defects and Developmental Disabilities.

As health professionals, many have heard a lot of buzz about the Zika Virus. It’s a disease that’s not exactly new, but the details as to “where” the virus is showing up and “how” it’s transmitted have taken a drastic turn.

We do not wish to alarm you, just to lay out the facts and raise awareness among nurses as to what we may experience in the upcoming months and years to come.

Until recently, the Center for Disease Control said:

However, On Feb. 2, the CDC confirmed a case of Zika that was sexually transmitted in Texas.

The Dallas County Health department received confirmation the patient contracted Zika from an infected person who recently traveled to Venezuela, a country where Zika is very present.

The CDC was able to confirm the patient contracted the virus sexually because was he hadn’t traveled to any high-risk zone, but the disease was present in his blood.

Add this revelation to the fact that up until a couple years ago, Zika was considered a “benign” virus first reported in Uganda in 1947, with the majority of infected people experiencing no symptoms, and the 20 percent that did typically suffered from mild conditions like rash, fever and joint pain.

According to the World Health Organization (WHO), an adequate level of immunity existed in previously infected nations, whereas nations in the Americas with new infections, like Brazil, had no previous exposure and consequently, no immunity.

No exposure, combined with densely packed cities have allowed for the explosive spread of Zika in areas like Latin America, WHO said.

Zika has been connected to a number neurological disorders likeGuillain-Barré syndrome,  a potentially fatal autoimmune disorder that can cause temporary paralysis.

Zika has also been linked to unborn babies developing congenital disorders when their pregnant mothers become infected. (Check out this in depth report from Vox.com. )

The disorder called microcephaly, is an abnormal smallness of the head, which is a congenital condition associated with incomplete brain development.

For the first time in history, the World Health Organization (WHO) held an emergency meeting for a mosquito borne illness, and it’s also the first time an outbreak of neurological disorders have been connected to a virus with  no proven link.

Officials believe there is a causal relationship between the growing number of these disorders and the growing volume of Zika cases in the same areas.

However, Microcephaly is hard to diagnose until late stages of pregnancy, and while some 4,000 cases of Microcephaly have been reported in Brazil since October, only 270 have been confirmed.

It’s also important to note Microcephaly can be caused by a number of other things, like down syndrome, rubella, maternal alcoholism, diabetes and drug abuse (http://www.bbc.com/news/health-35459797).

The number of Zika cases among travelers visiting or returning to the United States will likely increase. The WHO has also declared Zika as a Global emergency, announcing that Zika is expected to hit every country in the Americas, with the exception of Canada and Chile.

This means a growing number of U.S. healthcare professionals are likely to encounter cases of Zika.

If your patients complain of:

and they’ve traveled to any of these countries you should consider testing for Zika.

The incubation period is not definite, but is believed to be a few days to a week.

The CDC Director Tom Friedan told CNN, "There have been isolated cases of spread through blood transfusion or sexual contact and that's not very surprising. The virus is in the blood for about a week. How long it would remain in the semen is something that needs to be studied and we're working on that now...What we know is the vast majority of spread is going to be from mosquitoes...the bottom line is mosquitoes are the real culprit here."

To keep things in perspective, most symptoms of Zika are mild and not life threatening, and most carriers are unaware they’ve been infected.

Many things remain unclear about the impact of the disease and details continue to change rapidly.  We will update this article as more information comes to light.

In February, the World Health Organization (WHO) declar . . .

Learn about the Zika epidemic as it relates to the rece . . .
RELATED

In February, the World Health Organization (WHO) declar . . .

Learn about the Zika epidemic as it relates to the rece . . .
Tweet
Older Posts Newer Posts