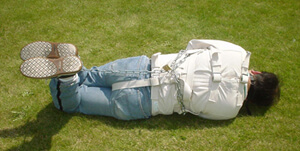 Welcome to the fourth installment of Nurse Chronicles. If you missed the first third, you can read it here:

Nurse Chronicles is about creating a space where nurses can talk about the good the bad and the ugly. You can tell us who you are or you can remain anonymous, it’s up to you.

If you have a story you would like to share with us, send it in, along with your name and position. Or if you wish to remain anonymous, just give us your position and location (City, State). Email your stories to kristal.roberts@ceufast.com

CEUfast makes completing your Nursing CEUs a breeze! Yo . . .

CEUFast.com would like to join the American Nurses Asso . . .

Here’s the fourth wave of stories we’ve received. Steal a couple minutes from your busy day,  grab a snack and enjoy.

A Mistaken Case of Crazy

Working in a 12 BED mixed ICU, we had a few thoracic surgeries each week.

This navy veteran (patient) who had been extubated, ART line  & foleyed out was alert  & cool for the last  few hours. It was the wee hours of the morning and he was simply awaiting the sunrise for extubation.

So I was  surprised to find him in 4 point leather restraints, extubated , & pissed  off when I returned for my next  7 pm to 7 am shift.

I suppose it's  necessary  to tell you this  part now. There  was  actually  a fenced  lot  just  outside  the window  of the third  floor , with horses, & a duck pond.

Also, the  design of the  ICU was  that  of  the  knee-high registers for heat  & ac along the  exterior  walls, just below  the window. The register has a 4-inch grill on top.

My experienced  & talented  ICU colleague, who had  come  to America  from the  Philippines  to work many  moons  ago said, "He is  CONFUSED! He  keeps  pointing  out the  window  & saying ‘Give  me  the DAMN DUCK!’"

I looked  back into the room, & there, sitting  on the grill of the wall radiator, was  the urinal brought in for  him to use  after foley  removal. If  you haven't  recalled, or didn't  know, American sailors of that generation called a urinal a "duck". I pulled the curtains, took him out of  restraints, gave  him the urinal, & explained  to him what had happened.

He laughed  until he had tears  in his eyes.”

What’s in a Name Tag?

“I am an LPN, worked in a nursing home and my badge reads, Christine LPN.  A resident there loved my K Swiss shoes. She would roll up each morning to see if I was wearing my ‘Swiss Cheese Shoes’. She also asked me several times a week what my name was. One morning she rolled up and announced ‘I know what you're last name is. It is Lipin’. I thought I'd crack up laughing.”

Blessed By a Patient’s Wife

“As a fourth year student, I was assigned a patient who was recovering from a bad accident . It had left him with broken arms, leg and ribs as a drunk driver had lost control, plowed into him and then sped off.

I had him for a month and gave him the best care I could.He was a poor farmer from rural India. His wife walked 20 miles daily to visit him and always sat quietly at his side. She watched me encourage her husband, take care of his pain and wounds and lift his spirit with jokes and laughter! When it was time to leave to my next clinical rotation, she pulled me to the side and gave me 2 Rupees which was a big sum for her. I hugged her, thanked her and refused the money. I asked her for her blessings to become an excellent nurse. With tears in her eyes, she put her work-worn hands on my head and blessed me! Twenty six years later, her blessings still follow me! The best gift ever!”

Bowling with your Alzheimer’s Patient

“I worked with a 84-year-old Alzheimer's patient. She was a bowler so we joined a senior's league and got first place and received a trophy. She really looked forward to our bowling days, it was the highlight of her week!

I would not recommend this to many patients unless they bowled in the past.”

12 Beers, a Broken Hip and a Clueless Staff

“I have been a nurse since 1978 and have worked in almost every area of nursing. I worked at a trauma center and we had a gentleman brought in with his hip displaced. This was a frequent occurrence for him. The orthopedic doctor was in the room with me, they had ordered morphine and versed to be given to attempt to have the hip go back in the socket. I gave the versed as ordered and while observing him, I noticed an absence of respirations.

I called his name several times and was unable to arouse him. I started him on oxygen and began bagging him. The doctors standing there with me asked me what I was doing.

I explained he was not breathing ( you know the ABC's) they began yelling for me to get the attending in the E.R.

I explained I could not leave the patient and they would need to do so. The attending came in and ordered narcan.  I asked them if they would like to get the hip in place before doing this, of course they agreed. After the procedure was completed and the patient woke up it was discovered he had drank approximately 12 beers before falling and displacing his hip, then coming into the ER. My question to everyone was do you think maybe this should have been a question we asked before giving narcotics? My favorite part of this entire event was when my attending asked me why would I have asked an ortho doc to help, they don't even have a stethoscope.

This made me laugh once my adrenaline stopped.”

CEUfast makes completing your Nursing CEUs a breeze! Yo . . .