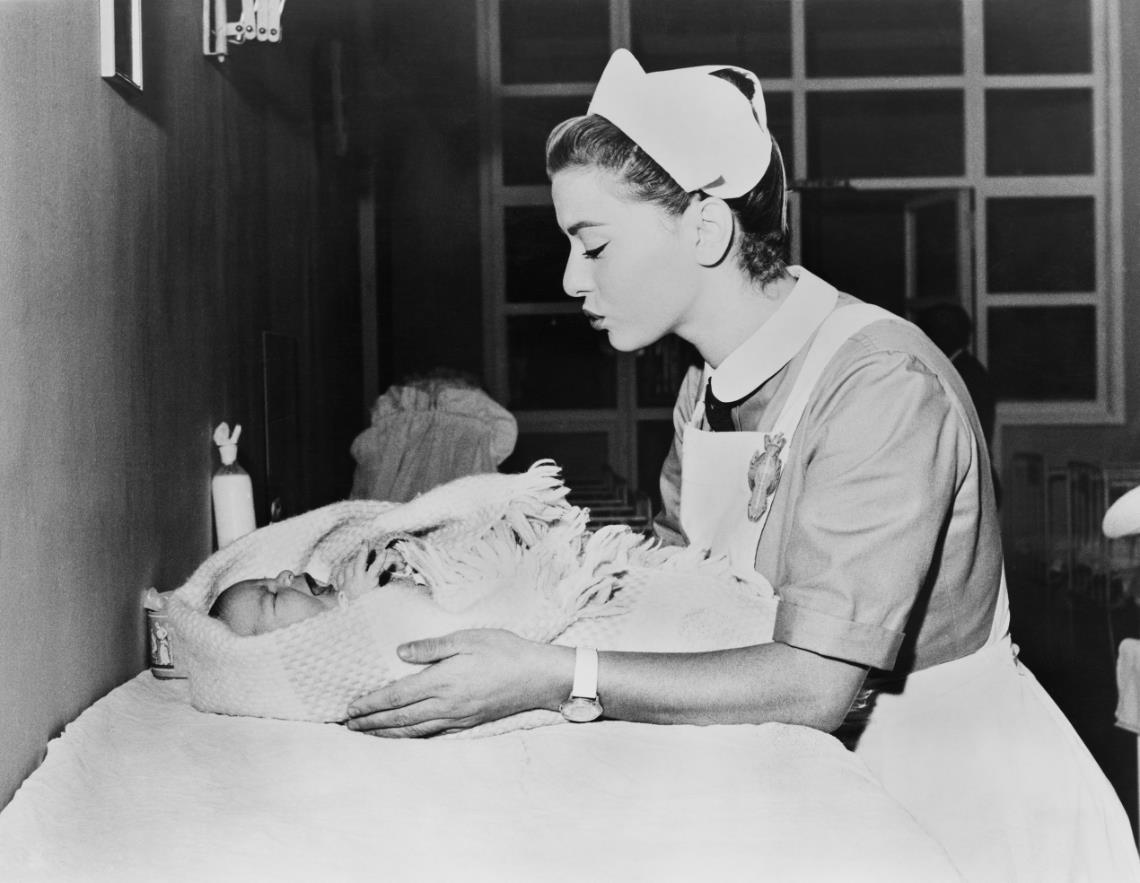 Nursing is the largest segment of the health-care industry and shows no signs of slowing down. Nurses play key roles in taking care of patients, ensuring that hospitals run smoothly, and supporting patients and families. However, nurses haven't always been highly respected professionals: Nursing started out as a simple caretaking job that required no formal training. Today, nurses are highly educated and receive hands-on training before they can begin tending to patients.

This course discusses caring for surgical patients. It . . .

1802-87: Dorothea Dix was a pioneer of patient advocacy in nursing by fighting for improved living conditions for incarcerated and mentally ill patients. She is also the reason women were allowed to serve as nurses in the Union Army, and she helped to recruit 2,000 women to the cause.

1805-81: Mary Seacole studied medicine on her own at the boarding house her mother owned, which often housed injured soldiers who could no longer care for themselves. At the beginning of the Crimean War, Seacole traveled to volunteer as a nurse, but she was refused. She ended up paying for her own trip to Crimea to establish the British Hotel, a place for sick and injured soldiers to receive meals and medical care.

1820-1910: Florence Nightingale is considered the founder of modern nursing. She rose to prominence during the Crimean War and worked to improve care and sanitation at a British field hospital, reducing the mortality rate there by two-thirds. After the Crimean War, she began the first official nurse training program, called the Nightingale Training School for Nurses.

1821-1912: Clara Barton was originally a teacher, but when the Civil War began, she decided to do what she could to help. She started by delivering supplies to the Union Army, then went on to become a combat nurse, earning the nickname "angel of the battlefield." During the Franco-Prussian War, she volunteered with the International Red Cross, and once that war was over, she came home and started the American branch of the organization in 1880.

1841-1930: Linda Richards was the first American nurse to graduate from a formal training program. At the time, nurses were treated as servants and required to be on call 24/7, but after her graduation, she worked to introduce the concept of night-duty nurses, allowing them to work in shifts and have time off. She also established the first system of patient records and created more intensive training programs in America and Japan.

1845-1926: Mary Eliza Mahoney was the first African-American nurse to receive formal training. She spent 15 years working as a cook, janitor, and nurses' aide at New England Hospital for Women and Children before she was admitted to the hospital's nursing program. Out of a class of 42 students, Mary was one of only four to successfully graduate. After graduation, she worked as a private nurse, and in 1896, she became the first African-American nurse to join the Nurses Associated Alumnae of the United States and Canada.

1846-1926: Elizabeth Grace Neill became a deputy inspector of asylums, hospitals, licensed houses, and charitable institutions in 1895. In this role, she learned that patients were not receiving adequate nursing care, and she began lobbying for established standards of care. She ended up helping to draft one of the first nursing registration laws in the world, and she took charge of implementing new standards for nurse training.

1851-1929: Anna Caroline Maxwell played a key role in the development of nursing as a profession throughout her life. She served as the superintendent of nurses at multiple hospitals before being given the reins to establish a training program for nurses at Presbyterian Hospital in New York City, where she built a curriculum that included obstetrics, contagious diseases, and surgical nursing courses. She also founded the Army Nurse Corps and helped to establish the American Journal of Nursing.

1879-1966: Margaret Sanger became a nurse in 1902 after growing up in poverty as one of 11 children. When she was 19, her mother died of tuberculosis at age 50, weakened by the strain of 11 full-term pregnancies and seven miscarriages. Her childhood experiences led her to the idea that the size of a family could be controlled and that doing so could end the cycle of poverty and protect women's health. She worked to make birth control more accessible, opening the first birth control clinic in Brooklyn; as a result, she was arrested. However, an ensuing court case led to a landmark decision allowing physicians to prescribe birth control for medical reasons. Sanger would also found the American Birth Control League, which went on to become the Planned Parenthood Federation of America.

1881-1965: Mary Breckenridge was posted in France while working with the American Red Cross, and she noted how midwives worked there and how American midwives could use some of their techniques to shape children's health in America. When she returned to America, she studied public health and midwifery, which led her to create programs to provide assistance to children and pregnant women and to pioneer programs that helped to reduce mortality rates for mothers and infants.

1897-1996: Virginia Avenel Henderson sought to define the role of nurses in the health-care industry, and that goal evolved into contributions that created more formalized nursing training. Her work focused on meeting the needs of individuals, considering each patient's environment, defining the standard of health that would allow the person to function independently, and carrying out nursing practices to achieve that goal.

1907-2002: Ruby Bradley entered the Army Nurse Corps in 1934, where she served as a surgical nurse. After the attack on Pearl Harbor, she was captured by the Japanese army, and she was imprisoned at the Santo Tomas Internment Camp in Manila in 1943. She starved herself and smuggled food to the hungry children in the camp with her, and she worked to provide medical care to the soldiers and prisoners housed there. During her three-year captivity, she assisted with 230 operations for prisoners and delivered 13 babies.

1912-2003: Ann A. Bernatitus joined the Nurse Navy Corps in 1936, and after the attack on Pearl Harbor, she was left as the only Navy nurse on her team. During the Japanese siege that lasted from December 1941 to April 1942, she treated wounded soldiers from America, Japan, and the Philippines. Due to her heroism, she was awarded the Legion of Merit in 1942.

1927-2011: Hazel Johnson-Brown graduated from the Harlem Hospital School of Nursing in 1950 and took a job in the hospital's emergency ward, where she worked for five years until she entered the Army Nurse Corps. She served at several hospitals around the world for more than a decade while also continuing to pursue her education, going on to receive her Ph.D. in 1978. After finishing her education, she taught as a professor of health care and health administration at several large colleges. In 1979, she was nominated to become chief of the Army Nurse Corps. She was the first black chief of the Army Nurse Corps as well as the first black female brigadier general in military history.

This course discusses caring for surgical patients. It . . .